Why is Fairphone not working with jolla?

Is there soemone that can explain why Fairphone and Jolla are not trying to help eachother to create a great OS for the deveices 3 and 4?

However history tells that Fairphone have been working with the /e/ foundation.

If you search the forum you will find many suggestions as to what Fairphone could do, or why don’t etc.

I’m sure if Fairphone had the resources they would work with any number of alternate OS providers.

So the reason is probably ~ Fairphone can’t afford it.

Support for PureOS The Products

Since the OS is usable and is (one of) the only real full convergence smartphone OS on the market, this would hopefully extend the Fairphone 4 to be desktop usable. Meaning in general we would have a reasonably powerfull linux phone and finally a dream come true for some users and a sustainable and fair alternative with less environmental impact for others because they can truly replace their pc with their phone. This should be a rather nice match, but would require BLOBless open source driver…

Also keep in mind that this is a community forum and that FP staff does generally not read the messages posted here. If you want an official answer, I suggest you #contactsupport.

I am not sure why Fairphone should work with Jolla.

Why is Fairphone not working with jolla? The Industry

Is there soemone that can explan why Fairphone and Jolla are not trying to help eachother to create a great OS for the deveices 3 and 4?

I disnt know that it is more propietary. Could you please prove that? thanks

Well, for SFOS only the UI part is proprietary, if I recall correctly.
The “normal” Android which is provided by Fairphone itself has all the Google-stuff inside. I guess you could call the built-in Goggle apps more proprietary than the UI from Jolla.

So the less-proprietary Android comes from /e/ but is not available from start.

Of course there is, and @mal did a very nice port for the FP2, but all the ports lack the ability to buy the additional license for execution of Android-apps.
So if you absolutely need one Android app (like in my case the DB Navigator), the port doesn’t help.

if you absolutely need one Android app (like in my case the DB Navigator), the port doesn’t help.

If you absolutely need a specific Android App, using Sailfish to run it is a baffling idea in the first place.

If you absolutely need this App, do Jolla guarantee that it works reliably with their Android environment in Sailfish?

DB Navigator is even Google-dependent (according to Aurora Store), so you can’ t even take for granted that it will run reliably on Android Custom ROMs without the genuine Google services.

remember that you can download microG to do that possible

Then you can use waydroid to install any Android app

Why is Fairphone not working with jolla? The Industry

remember that you can download microG to do that possible

microG doesn’t help with that, as Google can break compatibility with changes to their services (which microG tries to mimic) on their side at any time, with microG then having to catch up again, and in the meantime (however long) you can’t run your important App partly or at all.

I’m running several Google-dependent Apps including DB Navigator on /e/OS with the help of microG (for convenience, I don’t absolutely need them), and I’ve seen Google compatibility break in practice, and I’ve seen that it can take a while for microG to restore compatibility.

It’s important to be aware of such limitations.

There are many reasons to choose SFOS over Android, and many reasons against, but as long as Android compatibility is given, I would happily choose SFOS.
And imagine, life-circumstances change. Maybe I am totally happy with SFOS (and don’t need Android apps) and at some point I have to take a new job and need a specific app. Or something else like that.
Jolla advertises the Android compatibility, so one should count on that promise.
Or maybe a pandemic occurs while I onw a phone with SFOS and I want to install a corona warn app (I know there is an app for this in openrepos for SFOS, but it does not do what the CWA can do).

Additionally I can tell you that Aurora is only partially right. The DB Navigator works very well without Google. I use it with microG, but I am not sure if it even needs that for the basic functions. I think, as long as you can live without maps and without push notifications, you could even go without microG.

Nevertheless, I would very much like to see a port for the FP4, as many people can go without Android compatibility and SFOS is a great OS.

Edit: I see that you mention DB Navigator with microG, I was typing too slow

So if you absolutely need one Android app (like in my case the DB Navigator), the port doesn’t help.

Just out of curiosity, what do you absolutely need this particular app for?

I travel by DB a lot and my daily driver is a FP2 running SFOS.
I can buy tickets via the web browser, either beforehand from another device or using my phone. In both cases I get the ticket as a PDF by email which I can download and open just fine on my phone to present the QR code if checked.
If there is a delay, I get an email as well that includes a link to check alternative connections. This one opens just fine on the default SFOS browser as well. Though I tend to use an app called Fahrplan instead to check connections.

Just leaving this here in case this is actually the only thing holdig you back from using SFOS and not just a theoretical argument.

and at some point I have to take a new job and need a specific app. Or something else like that.

Or maybe a pandemic occurs

Increasing the stakes like that only increases the disadvantage of a non-certified, no chain of responsibility in sight environment to run Android Apps.

Jolla advertises the Android compatibility, so one should count on that promise.

A source for this promise would be nice. Is Jolla’s Android environment Google certified? I’m un-ironically interested.
Had a look at Sailfish on my Fairphone 2 myself in the beginning.

Nevertheless, I would very much like to see a port for the FP4, as many people can go without Android compatibility and SFOS is a great OS.

We can certainly agree on that.

Jolla advertises the Android compatibility, so one should count on that promise.

Not really there is an aim to support as many as ‘possible’
RE: @AnotherElk sceptisim

A source for this promise would be nice.

Before installing any Android apps one must install AndroidTM App Support (simulation of the Android system on Sailfish OS) which is available in the Jolla Store. This requires the Sailfish X licence on Xperia devices.

As mentioned before, we cannot ensure 100% compatibility of Android apps with Sailfish OS. Often, this is caused by the missing access to certain interfaces at Google services (see chapter 1.1.1). It is also possible that some features of Android applications are not supported. Two examples: 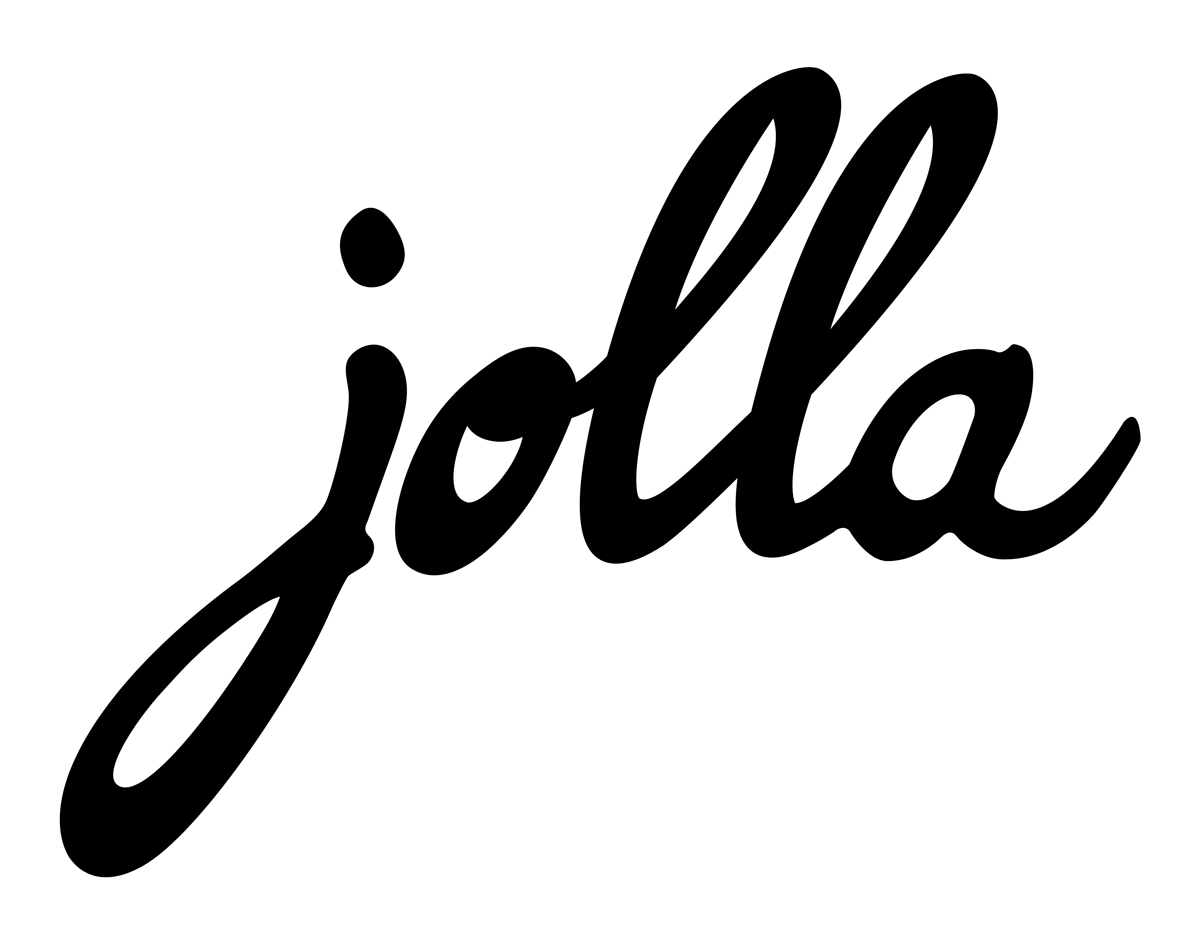 What Android apps does Sailfish OS support and how do I get them?

Sailfish OS aims to be compatible with the majority of Android apps, but due to the sheer volume of Android applications designed for Android-based devices with different configurations, we canno...

@amoun summed it up. Of course they don’t guarantee a 100% compatibility, but that was not what I was trying to say, maybe I should consult deepl.com sometimes before posting in English

The compulsion to use DB Navigator results from a strange decision by my employer regarding proof of expenses for business trips.
Now of course I could talk to the works council, but as a new employee I don’t want to expose myself like that.

Side aspect: is the browser now so up to date again that you can buy tickets with it?
For a while it didn’t work when I ran my FP2 with SFOS. And webcat wasn’t a viable alternative either, in my opinion.

If SFOS was at a level that I could get by without Android apps, I’d be right back in. Half a year ago I installed it again on a Sony XA2, but I was missing three things: DB Navigator, Corona warn app and a decent browser. Btw: the Corona-Warn-App of the rki does not work with the compatibility layer if I understand it correctly, as it would need access to the BT which it hasn’t .

But I’m afraid this is a bit off-topic, so I’ll let the main discussion take over again now.