Why are these other phones too cheap?

For me, your question needs to be turned around: the Fairphone business model does not externalise costs (social, environment, etc), so the question is: why are these other phones too cheap, where are they externalising costs to artificially reduce the financial price I pay as an end-consumer? (And am I ok with those externalised costs?)

Let us be clear that this is not about “saving the planet”. When the planet has had enough of us it will spit us out and set about repairing the damage we have wrought. It is currently giving us a warning that we have reached the boundaries of acceptable behaviour, with climate change and the pandemic. This is about saving ourselves.

I’m not sure that the planet is conscious enough or cares enough about biology to spit us out, more like we’ll die on our own vomit and take most of the other dependent plants and creatures with us.
Maybe some primitive consumers, the tardigrade for example, will survive and the odd sub species homotroll nonsapien bunkered a hundred miles deep.

OH! of course Mars is on course for our soon to be: extended extraterrestrial exploitation. so who cares about Earth, there’s plenty more where that came from. Two a penny.

Be done with it stop caring and buy the Fairphone, what could possibly go wrong or get worse ~ only everything we touch.

Each of us could do with toughening up if we want to be consumers and survive in this competitive world: take the tardigrade as example…

" In 2007, the European Space Agency shot thousands of them into space, where there’s no air and lots of radiation, and left them there for 12 days at a few degrees above absolute zero. Not only were the tardigrades still alive when the satellite crashed back down to earth, they had actually bred in space and had a clutch of babies in zero gravity." 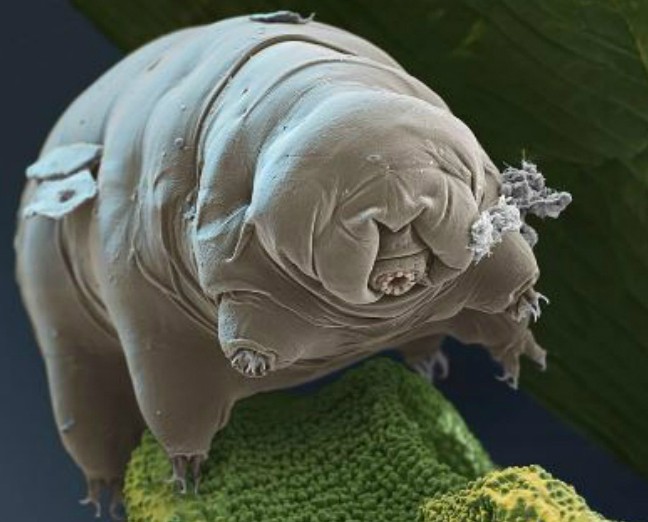 Now that’s the sort of sustainable quality we want for a phone, self breeding in the most hostile environment that even we couldn’t survive in. Bring on the clowns.

It’s not a question of consciousness - it’s a set of checks and balances in the eco-system that allow humans to thrive. As for Mars, the lack of a breathable atmosphere is a bit of a problem. Still, Matt Damon survived there for 549 Sols so it must be possible…

Here’s a review of the Fairphone 3: Fairphone 3 Review | Not Fair Enough

I’m only posting this for the comments - not the review itself. I think most of you would agree with what most people have written and it’s another source for me to understand.

It’s not a question of consciousness - it’s a set of checks and balances in the eco-system that allow humans to thrive. As for Mars, the lack of a breathable atmosphere is a bit of a problem. Still, Matt Damon survived there for 549 Sols so it must be possible…

That’s exactly my point, if you consider your consciousness is dependent upon you body then 70 or 80 years is all you get to exploit this Earth, and Mars etc.

However if animals plants and Earth and Mars are a development of consciousness a complex logic then to me it is only an issue of getting beyond consciousness, otherwise, either way, the dependency is unsustainable

Could Apple, Samsung do what they do at fair prices like fairphone. What would a galaxy fold 2 cost at a fair price. You think electric cars happened due to good will and not due to the scarcity of oil reserves, advancement in technology, and the proverbial pushing of a novelty product. Sure Musk did a good thing for the planet but he’s also uber-rich because of that. It’s not just an effect, it was all carefully planned. It’s good… but we don’t know if we’re the ones who are pushing the buttons, or something inside of us does, unstoppable, uncontrollable. And in this sense we don’t know what is going on, all we can do is rationalise it, rationalising is a sedative to keep us going.

As long as exploitation is rooted in our philosophy and psychology nothing will shift in a meaningful way, planet or no planet. Man needs to change on the inside, outside of ideology.

Sure Musk did a good thing for the planet but he’s also uber-rich because of that.

It baffles me as to why people forget he comes from money and he’s not self-made.

Also, when you have that much money, you get to know people which facilitates entrepreneurship.

“I want to buy the FP3+ but… Elon Musk has a controversial personality.”

Sure Musk did a good thing for the planet

Yes I was going to add a comment on the phrase above as a) I don’t gell well with the word good in any circumstance and b) the planet doesn’t exist as an separate entity so it’s more how some benefit at others loss and hence I’m very wary of a perceived benefit and a Musky Dirty Lithium one is well up there on my avoidance list.

Please don’t it would be totally unsustainable and an ecological disaster of epic proportions.

Oh a Musk hater how original, tell me more.

Hear hear I didn’t expect my post would raise a stink. In my opinion Musk is the only billionaire in the world who deserves to be a billionaire.

So my question isn’t ~ if anyone deserves to be a rich or poor as one compensates the other but that neither is a something to be deserved and more to the point does anyone deserve to be born?

The only right I have once born is to die and death is not a privalige or deserved.

Meanwhile I can try and be poor but my privilege has become addictive. Luckily some people on this forum realise that they are privileged and buy a Fairphone 3+ but and that helps clarify intention.

As long as exploitation is rooted in our philosophy and psychology nothing will shift in a meaningful way, planet or no planet. Man needs to change on the inside, outside of ideology.

The above quote shows direction; neither money nor material manipulation can help the planet but those who wield such will further the social exploitation of resources ~ for the future sustainability of their desires, not for the well being of the undesirables.

Maybe we were meant to mature among the stars far from mother Earth. If our stupidity is endless as Einstein once famously said, then that explains the scale of the universe.

as Einstein once famously said

He probably did not … Two Things Are Infinite: the Universe and Human Stupidity – Quote Investigator.

But we can go with Alexandre Dumas instead (same source) …

Here is one possible translation into English:

‘One thing that humbles me deeply is to see that human genius has its limits while human stupidity does not.’"

Maybe we were meant to mature among the stars far from mother Earth.

Referring to the topic, but can we take the Fairphone with us or at least the spirit to do better

and can we do it without Giant Corps and Giant Rockets.

But I’m aware of the ‘we’ problem, when each of needs, demands, expects or wants of another we have to support them at any cost ~ namely the cost of those we don’t, in our short lasting desires, appear to need at all.

So thank you for considering a Fairphone, if you haven’t yet bought one.

If the universe made us it should be able to tolerate us, if the price was paid then it was a good deal. And if the universe is creative then man is only partially destructive, as history shows life is capable of the most wonderful creativity as well as the most terrifying destruction. But destruction is also part of the creation by the laws of unsentimental nature. I guess my point is collectively we are dancers in the dark, but the light is not prohibited.