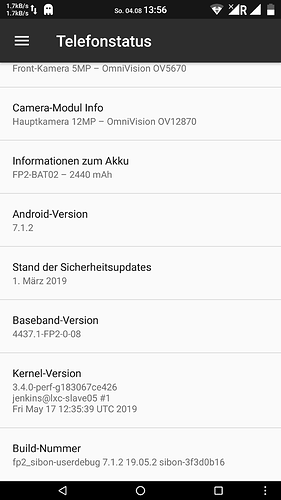 Problem:
When I play any Video from Youtube
or when I watch a Video I took myself (EDIT: locally on my phone, or uploaded on Vimeo) (Example)
or when I watch a Movie I copied onto my phone
I hear a crackling sound or the audio stutters about every second.

When I watch the same Video (see example) on my PC as a file or using my browser on vimeo, there is no crackling. So the Videos themselves are not the Problem.

Could it be something with the decoder? Is there something like CCCP for Windows I could try? Any ideas?

To me it sounds like a lack of performance/speed.
I am not fully sure which is the latest Android 7 version for FP2.
Initially there was a problem with .h264 hardware acceleration which meanwhile should be solved.

Maybe check if you have the most recent Android version for FP2.
Have you also played back the file locally saved on your phone or is it always streamed over the net with your FP2?
This could reveal problems with your network performance.

Of which type is the video format (.mp4?)
Afaik Gallery’s internal player is not operating smooth causing videos to stutter even on other phones (LG G4 Android 6).
VLC (MXPlayer) should perform flawless with any audio/video type just as on my FP2.
MXplayer offers several different ways of playing back media files using software/hw decoding by option.
But in general FP2 is potent enough to play back even uncompressed .ts files without stutter.

Thank you for your reply @Patrick1

If my updater is not mistaken, the OS is up to date. 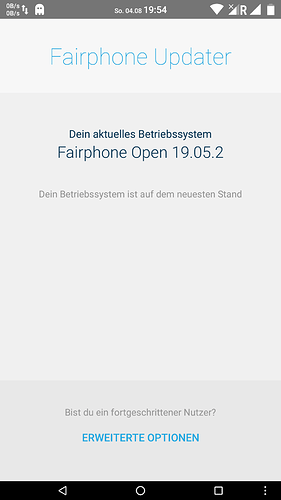 Playing the video back locally does the same thing.

Video formats:
Youtube Videos: I am not sure. Whatever Youtube is providing.
Recorded Videos: The format OpenCam is doing. Maybe this screenshot helps. 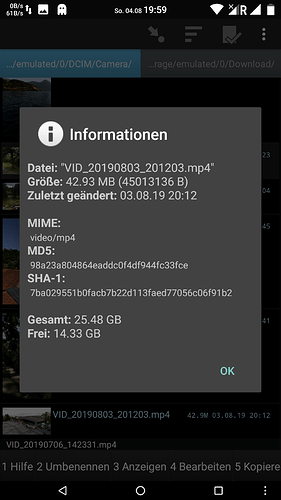 I agree, VLC should play back the videos flawlessly. And it did. For example when I was in Holidays from Nov. to Feb. this year,iIt did.

I never played back .ts files. Is that like TIFF is to PNG?

I am sure its a software problem, because it was all ok before. And I cannot say since when this happened. Because I never noticed, until I went to holidays, which is now, and now I am using those features of my phone. In normal working days, I use it as a messaging device, buy train tickets and to browse reddit on the train.

The most recent version should be 19.05.3.
In case your updater app does not offer you any further update, it seems to need updating in advance as well through the play store.

Try if updating and rebooting the system solves your video issue.

.mp4 is a video container which may hold a mpeg video codec (maybe .h264) that should generally play well on the FP2 with most players.
The file looks like being recorded with a mobile so generally also playable on such.
.TS files are so called transport stream files usually downstreamed from satellite broadcasts. Uncompressed streams requiring a bit more computing power for playback and of course space.

Well in a way, corresponding to video formats uncompressed ->compressed.

Playing the video back locally does the same thing.

Another approach - have you tried to connect your phone to a computer and play back a local file with it stored on the phone?

If it stutters as well there may be a problem with your filesystem.
Do you have a sd card installed?
Formated as external or internal memory?

You write it’s only the audio, not the video affected.
Have you tried a form of ear buds or headphones for listening?

Well, playing stuff back directly from the phone on my PC never occurred to me. I shall try that when I am at my PC to find out.

The SD card is formatted as external. Movies I download and watch are on the SD. I got it when I bought the FP2. Videos from OpenCam are saved locally though. So it does not matter where its stored.

I tried the FP2 speaker, earphones, handset or bluetooth speaker. It makes no difference.

What I did find out though is that when I
turn on airplane mode
turn the phone off and on again
and then play the file,
watching the same Videos works flawlessly.

So I think something that needs to be online creates a lot of CPU or maybe RAM usage BUT doesnt actually use any data, because then I guess it would pop up extraordinarily on the data usage sheet.

Good point.
I can remember a user here reporting having the Netflix app installed causing his phone almost to crawl. But the standard Facebook app is also known to get your phone acting unstable.
Maybe use an app for further troubleshooting such as system monitor lite.

Unfortunately, I could not determine any “high power” apps. Used OS Monitor to survey the system when the crackling started. CPU usage was low, free RAM is always at around 500 MB.
I dont have social media apps, except for Whatsapp and Telegram. Also no Netflix or the likes. I use Vinyl Music app as well as VLC for local media playback and NewPipe for Youtube, when I am on Wifi. Oh and the Radio app.

Also tested to play back video directly from the card on PC. Doesnt work like that as MTP first copies the file onto the PC and then plays it back.

Strange thing. But I assume this should proof that hardware video acceleration is working which was not the case with the initial Android 7 version on FP2.

You could boot into #dic:safemode and keep your network active and play back videos using the standard app (not sure what Android 7 has to offer here). Not sure which file browser is on Android 7, Lollipop had Amaze installed.
So you could test if the stock OS causes the heavy network load. Also enable/disable WiFi to maybe distinguish if it’s always the same or only on WiFi or only on mobile connection.
If things are good then I’m afraid there is more work for you to find the specific hungry app.
A simple way prior to uninstalling apps is to “force stop” one suspect after another.

I do so with specific apps which actually do not really “quit” after closing them, but rather only kill their gui but stay active in the background (Osmand navigation, MXPlayer, although it has a ‘quit’ option).
Often users rely on a wrong assumption here.