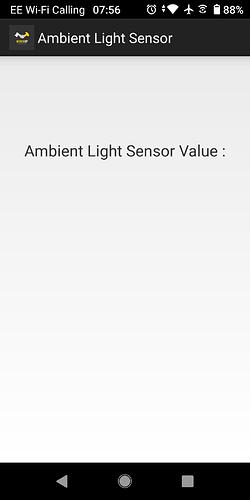 Today I was driving in my car using my Fairphone 3+ to navigate.
I was in a longer tunnel and here the brightness was reduced too.
The screen was so dark, that I could not see anything, so I missed the correct lane.

I’ve had the same issue. I have random unexplained drops in brightness. Has anyone found a solution other than tape? I don’t really want tape on my phone.

Hi @georgehibberd Welcome to the forum.

What version of A10 do you have?

The latest update is 0129 and the current issue with Adaptive light issues is collated in the topic below. Fairphone are aware of the new issues.

So i got the update and the ambient lighting issue is very prominent and sometimes even dims the light so far that i even at night can no longer read the text on my phone. I can understand that it could be the result of a fix to save battery (if that was the motivation behind it). I also want to try to leave some room for thought. Is it maybe possible to make smaller jumps from being bright to being dim but therefore have more of them? I can imagine that could maybe help with these big jumps from being bright to being dim. (I have checked that and most of the time it was switching from the dimmest setting to half brightest setting and vice versa if you tilt the phone the right way (I use a FP3+). Hopefully this is more helpful to you than my initial comment.

I moved your post to this topic dedicated to this particular issue.

Thanks so much! I must have completely overlooked that.

I let this post stand here in this topic for Fairphone to perhaps see and factor in, but I moved the ensuing discussion to Update 3.A.0129.20210805: Meta and side effect discussions, for those interested.

I must say that I’m really disappointed.

Many many users confirmed this problem, but after more than three weeks an unsatisfying “we are into it”-comment is all we got .