The statement made by Fairphone "Why are we the only phone manufacturer to provide software support for a phone that's only seven years old ?" is wrong

Hi, I own a Fairphone 2 running the latest version of LineageOS, as well as a Google Pixel running GrapheneOS and an iPhone (running iOS of course), the latter two bought refurbished for anyone who might be wondering. I am a good defender of free software, security and privacy on the internet and green.

Despite all this, I do not agree with the claims made in the advertisement for the Webinar that is currently running on Zoom (the use of this software also seems to me to be out of place, but that is another story): “Why are we the only phone manufacturer to provide software support for a phone that’s only seven years old ?”.

As I said on Mastodon a few days ago: 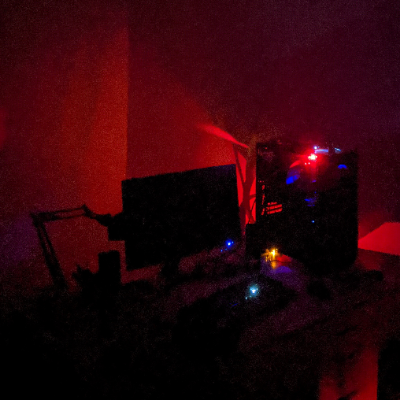 Tell me if am I wrong, but I find it sad to lie on this point, when many others are true and make Fairphone worthwhile compared to many other proprietary brands that do not respect the environment or workers.

Tell me if am I wrong

While the text in the invitation here in the forum indeed reads “for a phone”, the link provided there leads to a website where it reads “for an Android phone”, and there we are.

If you check, adding “Android” to the tweet would hit the character limit on Twitter.
Mastodon would allow more text but the account is just a crossposter, so the text will always be identical to the one on Twitter (and BTW: no-one will read responses on Mastodon).

If you check, adding “Android” to the tweet would hit the character limit on Twitter.
Mastodon would allow more text but the account is just a crossposter, so the text will always be identical to the one on Twitter (and BTW: no-one will read responses on Mastodon).

So, because the text doesn’t fit in the tweet, the information is manipulated? Why not split the tweet in two? (and BTW if you don’t read the answers of your community on Mastodon, don’t use it.)

Thanks for pointing this out, I hadn’t seen it. In any case, from the first 20 minutes of the Webinar, the sentence without the word “Android” was said (I think it’s recorded). Maybe it’s all a mistake (although I don’t think so), I think it’s a shame, there’s nothing bad about admitting that other companies also offer updates for a long time, on the contrary!

While I would agree the statement needs the Android mention to be correct, I don’t see much to instantly assume ill will. Seems like a simple lapse in awareness to me.

@rae: Can awareness be raised internally at Fairphone, that Fairphone with the Fairphone 2 is not the only instance of such long vendor software support out there “for a phone”? The distinction “for an Android phone” is needed for correctness.

Human error in this case, but thanks for pointing it out.

In our communications about the start of beta testing of Android 10 in November last year we included the line “… an industry first for an Android device!” in our posts on all social channels we’re currently active on (Facebook, Linkedin, Twitter, Instagram, Youtube). This line was also included in our newsletters.

More recently, we also included the same line on all social posts announcing the roll-out of Android 10 just last week.

Apologies for the confusion this oversight has caused!
…