Hi everyone! This summer me and my friends are going to USA for a roadtrip and have a couple of questions about bringing my Fairhpone 2 to the US. First off, it will work right? Second, can I actually use an american sim card in the phone? The reason behind the second question is that I’m thinking that it would be a great opportunity to use the two sim card functionality to get to use 3g/4g at a far lower cost. So it would be great, but I don’t want to preorder any sim card before I know that it will work.

The last question is a bit off-topic (at least from a Fairphone 2 perspective), but do you have any tips for a good carrier in USA? With other words, which one should I get if it works?

Hoping for some answers, and thank you beforehand!

Did you check this out? They say, 4G won’t work but everything else. You can also compare the bands FP2 uses with the bands your provider offers to see what works and what doesn’t

Will the Fairphone 2 work outside of Europe?

I think I had at&t as a provider when I was there. That and Verizon are certainly the largest providers but others may offer much better deals
Vinni

Afaik Verizon and a few others do not sell SIM cards but only phones with non-removable SIM cards. Last time I was there, I had a card from AT&T and it worked great on 3G. Just keep in mind though that they are pretty “NSA-friendly”: 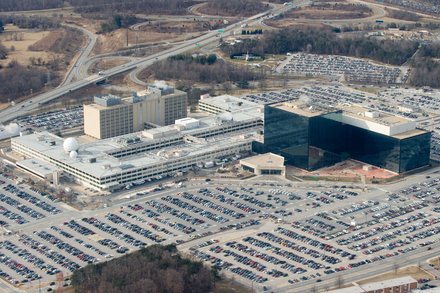 AT&T Helped U.S. Spy on Internet on a Vast Scale

Newly disclosed N.S.A. documents show that the agency gained access to billions of emails through a “highly collaborative” relationship with AT&T.

That is a shame. “non-removable SIM cards”

I’ve taken my FP2 to the States, with no discernible problems. I have a sim from T-Mobile, on a pre-pay plan which covers all usage at $2 per day (beware: plus sales tax on the credit purchase and a charge for the SIM card itself) for each day it is used (no use, no charge). Data speeds are variable but phone and text use seem fine. I haven’t tried using the phone as a radio.
Obviously warranty, repairs, replacement if lost etc could be difficult, but it beats buying a throwaway phone tied to a network.

From which country do you go to the USA? I’m German.
As I was in New York last year, I bought a SIM before starting my journey for my sony xperia. It was a prepaid card which I could refill by credit card. It depends to the provider, you must inform yourself well, who is the best for you. I bought here: http://www.sim-auf-reisen.de/usa.html?gclid=CjwKEAiApOq2BRDoo8SVjZHV7TkSJABLe2iDL1UkxCptgMaTEJCupJ9ZnSg0ZZMVcECKSUn-T9nW5BoCWxzw_wcB I had the redpocket SIM that uses AT&T.
I bougt three SIMcards for the whole family (various smartphones) and one extra for my tablet for the internet (which worked whith 4G). they were easy to use.

I am currently living in the United States in Pittsburgh, Pennsylvania. My Fairphone works well, but there are a few things to consider:

I hope it helps.

A post was merged into an existing topic: OS 1.2.8 software update gets stuck at “just a moment” after downloading

One more datapoint: my experience in the US with FP2 (Summer 2016, Boston)

French SIM card in the US:

US SIM card in the US:

Hi, in particular, I am interested in whether the FairPhone works in the EU an the USA. I recently traveled to the USA with a phone that only works in Europe. A mobile phone. It was strange. I thought cell phones worked everywhere & that’s why they’re considered “mobile phones.”

Mobile means you can easily carry them around with you, and cell means they work in areal cells of a network defined by the provider’s technology, which can differ.
Phones that work almost everywhere use satellites.

But I think only a few people need worldwide working phones as most European persons never travel out of Europe.

Look at willmyphonework.net if your phone supports the frequencies in the country.

But there are also some China phones which do not support the 800 MHz LTE band, so LTE does not work properly in Europe.

In Europe, the Fairphone 2 (and any other modern European phone) probably works everywhere. It is built for whole Europe, and European networks do not differ much from each other.

For the USA and the Fairphone 2, you should use the T-Mobile network as it’s the only network with GSM, so you can use two SIM cards. (AT&T will work, too, but only with 3G. You will only be able to use one AT&T card, not two. A 2G T-Mobile card next to a 3G AT&T card is possible. Verizon and Sprint are CDMA/CDMA2000 networks and do not work with the Fairphone 2 and most other European phones.)

Will my Fairphone work in another country? (How to check worldwide mobile phone frequencies) Community

This is a great answer. One quick update based on my experience:

In NYC – T-Mobile has recently updated its LTE towers, so it no longer supports European cells (apparently a load of old US cells lost connection too). So, the FP2 no longer works with T-Mobile in NYC (to be more specific – it runs on 2G internet (which is useless) and has very bad reception for phone calls (T-Mobile had shaky coverage to begin with, and it’s got significantly worse for FP2 since this update)). I believe this is the case across the country, since I’ve heard noises about them updating towers across the US, but I’m really not sure.

AT&T seems to work – If, like me, you don’t need crazy fast internet, you can switch really easily to AT&T, which works fine on 3G (NOT 4G). Calls seem to work fine too.

Apparently AT&T is not planning to update its towers, so there should be no frequency changes (i.e. the FP2 should work on this network for the foreseeable future). However, that’s just what one guy in a store said to me, so it’s hardly gospel… For now, at least, I’m back on the internet after a month of 2G.

Thanks for the warning! On my last trip a T-Mobile US prepaid SIM (great deal) worked just fine (3G only), but it seems AT&T is the last remaining option now.

What they are actually doing is switching off HSPA (3G) and deploying LTE (4G) on the same frequencies (band 2, 1900 MHz). While the FP2 does support HSPA on band 2, LTE does not work on this band. So it can now use neither 3G (defunct) nor 4G (band not supported) and falls back to 2G.

In NYC – T-Mobile has recently updated its LTE towers, so it no longer supports European cells (apparently a load of old US cells lost connection too). So, the FP2 no longer works with T-Mobile in NYC (to be more specific – it runs on 2G internet (which is useless) and has very bad reception for phone calls (T-Mobile had shaky coverage to begin with, and it’s got significantly worse for FP2 since this update)). I believe this is the case across the country, since I’ve heard noises about them updating towers across the US, but I’m really not sure.

I have been in the US with my FP2 and got a T-Mobile card ($30 for 4 weeks, 1000mins, unlimited texts, unlimited data, 2 GB LTE), but 4G did not work and 3G only worked very poorly in Washington DC. This might have been a consequence of the tower updates.

Hi all, since this is a topic that might be relevant to more people, I just wanted to post an update.

I have moved to the United States (Seattle) from Switzerland in March 2017. For the first two months, I was running with data roaming on my Swiss SIM Card (which by the way was cheaper than a local mobile contract). After that time, knowing that there are limitations with the FP2 and the available bands, we signed up with T-mobile.

This was working fine at 3G speeds for two months, but after that suddenly we only got 2G connections, and doing phone calls also was virtually impossible without interruptions. It took quite a while until we found a qualified T-mobile person who told us that they “upgraded their network”, i.e. along what jc636 has reported for NY, the bands wont fit any more.

As of yesterday, we ported our number to AT&T, which seemingly is still operating 3G on Band 2, 1900MhZ. As of today, no problems, good 3G data connection and no problems doing phone calls. I hope that AT&T will continue to operate these bands.

I will let you know in case this should change. Otherwise, using the FP2 in the USA is fine. Be aware though that Fairphone does not even ship any spare parts to the US.

Update: Back to Boston, where I had data / internet problems with a French SIM card earlier. I have a new French SIM card from a different provider (switched from SFR to Orange), and the internet is amazing this time.

For those who didn’t scroll the rest of the post: Internet worked with a US SIM last time, but not the French one.