Stripping down the Core Module

(This is a split from FP2 dead - red light on constantly? since I think it is really a separate issue, and of separate interest. It is also far too long a post to blend into that discussion)

Please consider that this is a demonstration - it is not a technical “How to”, it is not a recommendation, and proceeding may void your warranty.

Here are my pictures of disassembling the core module:

Remove the back cover, battery, screen. Then undo the 3 removable modules by undoing the blue screws (No. 0 Philips) 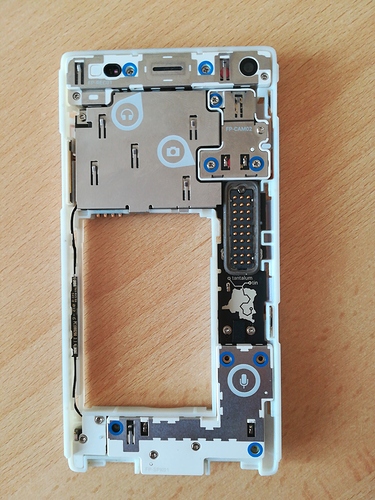 Remove the screw at the top of the metal surround of the screen connector pins. For all the micro-torx screws I used a flat-head 1.4mm watchmakers screwdriver. Not ideal, but what I had available. 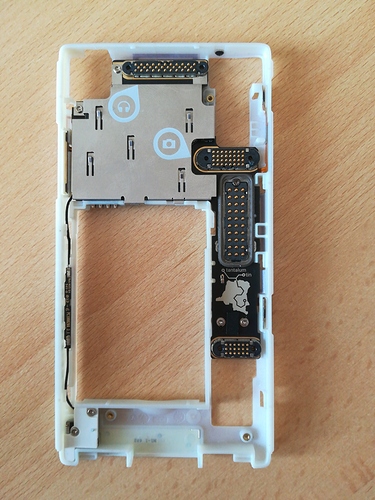 Lift the ring off the screen connector surround 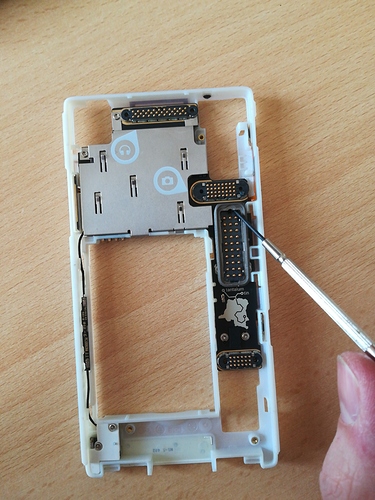 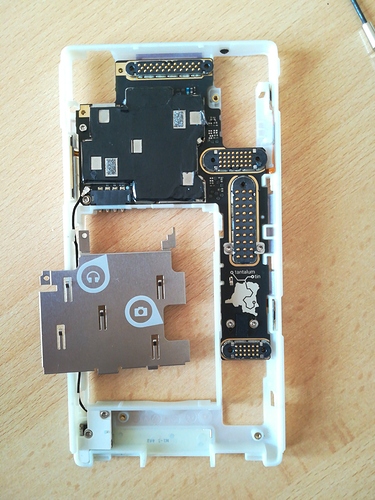 Unclip the aerial connector then remove the two screws on the left of the board which you have just revealed, and the two either side of the screen connector. I also removed the two under the map every time - but I realised right at the end that these only hold on the plastic support to the expansion connector - so you can probably leave these alone, unless you want to remove everything possible (e.g. cleaning)!! 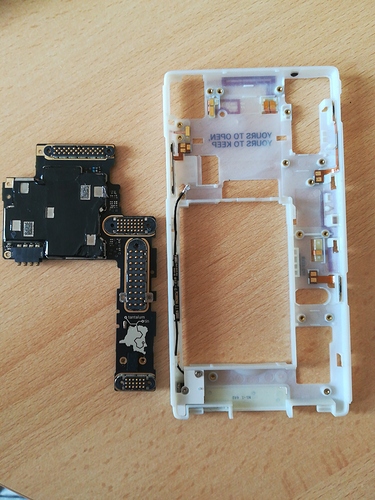 Now to remove the shields. I used a 1.0mm flathead screwdriver to carefully work in to the tiny gap. Obviously be aware that there is circuitry and components under the shields 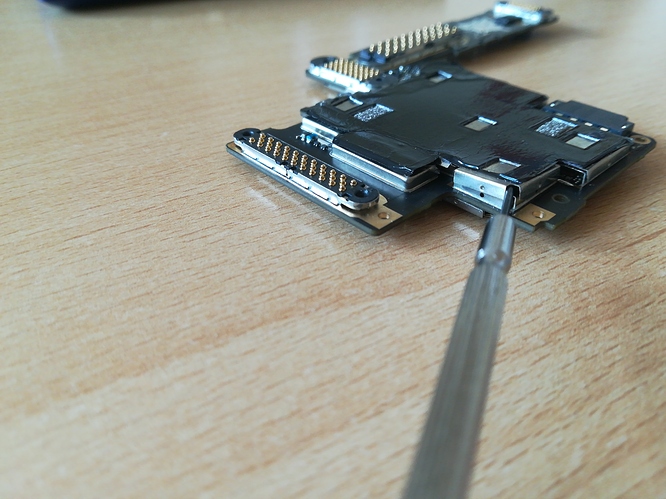 You do not need to remove the black heatsink graphite sticker. Just leave it on the metal shields: 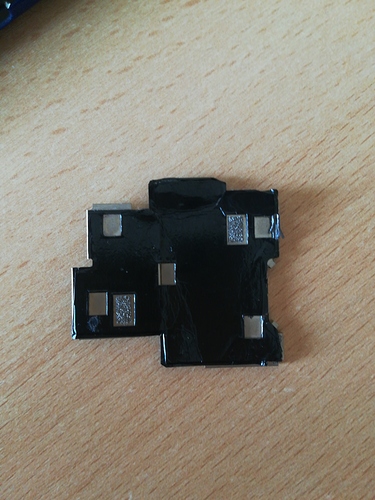 The shield reveals a pink heatsink compound. This can be gently lifted off using a larger flat-head screwdriver (I used 2.4mm) and stuck back to the shield. You can also see that the shield is actually two shields stuck together with the black heatsink sticker. 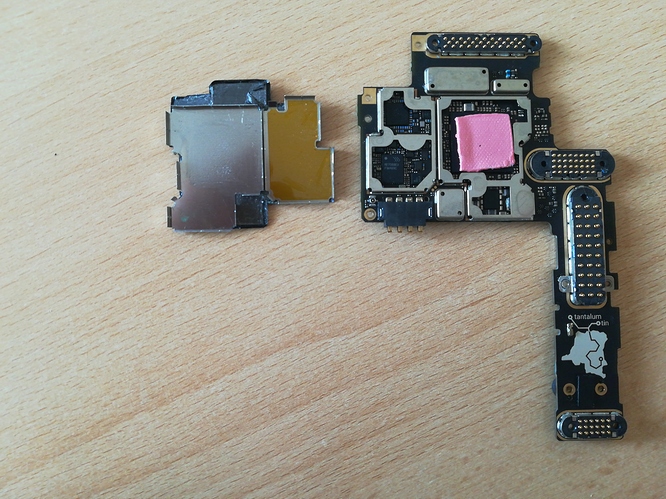 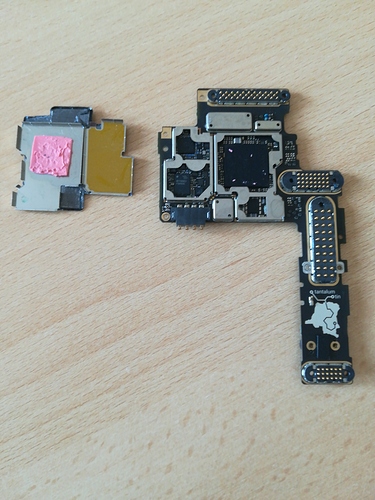 The shield on the reverse can be removed in the same way: 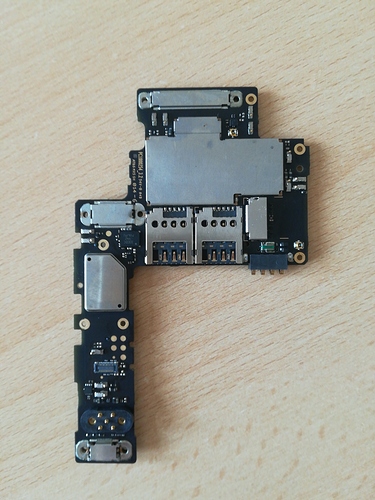 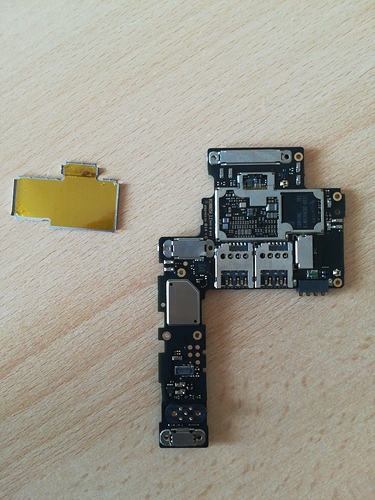 And that’s a stripped board for you. Well - as far as you can go without PCB soldering skills

If anything is unclear let me know and I’ll update it. Hope it helps someone.

It occurs to me you can maybe contribute to the iFixit guides on the FP2? I recall following a guide there to disassemble the core module and it wasn’t as detailed as yours, specially the rubber ring removal. 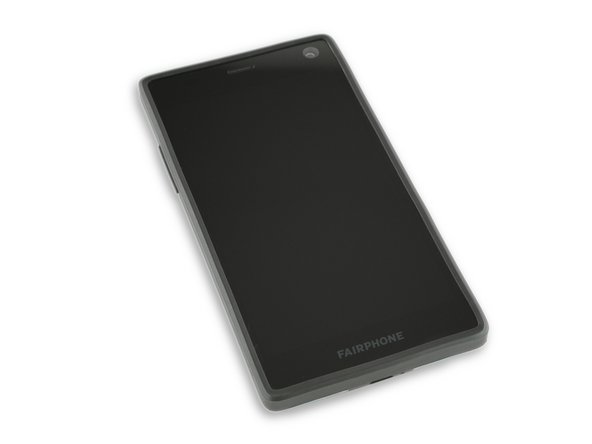 Second generation of the Fairphone, made by the social enterprise with the same name. Released in December 2015. Model number: FP2-XCVR

It would be great because iFixit guides are licensed under a free culture license. That knowledge is not owned solely by a company or entity. In fact, it can survive them.

- I tried to document all that I had found missing. You are right about the iFixit guide. When I had looked I hadn’t seen that you can edit them, but I now see it is possible. I will try to update their guide, which will be a go-to for a while yet, I hope.

Thanks for the support

Thanks for the support

No, thank you for sharing!