My wife has been using the FP2 for 7 years and she loved it but now it has finally reached the end of it’s life. Unfortunately the FP4 is not an option for her as she finds already my FP3 too big and the FP4 is even bigger and heavier.
In the end she has decided to buy a used phone from a different vendor which is also kind of a sustainable approach.

I know that there are several threads with complaints about the growing size of fairphone models. I also understand that the size of FP models is pretty much aligned with mainstream products and that smaller displays may be harder to get which may become an obstacle for the long-term availability of spare parts.

Still I’d like to share this story as feedback to Fairphone as I believe that there is quite a significant number of potential users that get scared away by the dimensions of the current FP models and it would be great if FP could consider a smaller size for future design decisions.

I would prefer a smaller phone, in fact my previous is a lot smaller but the Fairtrade was the hook here

Luckily I don’t find the phones too big.

Don’t worry about the sustainability issue, if it’s a nice phone and your wife is happy, that’s the most important issue to sustain

Heavy is good, heavy is reliable. If it doesn’t work you can always hit them with it.

Alright, joke aside it’s a matter of habbit, it might feel bulky the firs days but soon enough it’s just… your expected phone’s size.
Plus, like previously stated, making a modular device requires space, as connectors cannot easily be optimised…

I agree, you get used to the size and at some point it starts to feel normal…

…but sometimes I have to use my beloved Nexus 4 for something and it’s always like coming home.
Just so light and nimble, being able to reach every part of the screen without problems, that was the perfect size right there

No point lamenting about a past that’s not coming back, but I still hope reasonably sized phones somehow make their way back into the mainstream

@DaJockl I will not try to convince you otherwise, just share with you my point of view. I always bought small phones to fit in my pocket, and never carried coins just because I hate the weight in my pockets too. So, I totally understand your point. However, if you bring the perspective a bit further back looking into the “bigger picture”: wouldn’t you sacrifice a bit of confort for a bigger cause. And I am talking about “a bit of confort”, you still are more fortunate than idk. 90% of the human population for having the choice of buying a premium phone. That is what made me decide.

What is that joke about 1st world problems?
I’ll hold a 24" TV to my head if I can replace the battery myself without a screwdriver, and it’s available in the USA.

I still cry myself to sleep at night for want of a physical QWERTY keyboard.

To put my problem in perspective, I’m now on my 5th LG V20 because they are the only phones I can afford. Sadly they previous 4 have all died mysterious, untimely deaths.
I have one if perfect condition, except it can’t connect to the G4 network anymore.

“current FB models”, if that doesn’t include the FB3+, may I suggest that phone.

I think the V20 was the best phone LG made.

You can get used to a lot rather quickly, but the FP4’s size does have a real downside: It doesn’t really fit into some of my trouser pockets. This problem might be a lot worse for women, who have to live with even smaller pockets.

Regarding the missing keyboard, you might want to check this out: GitHub - Dakkaron/Fairberry 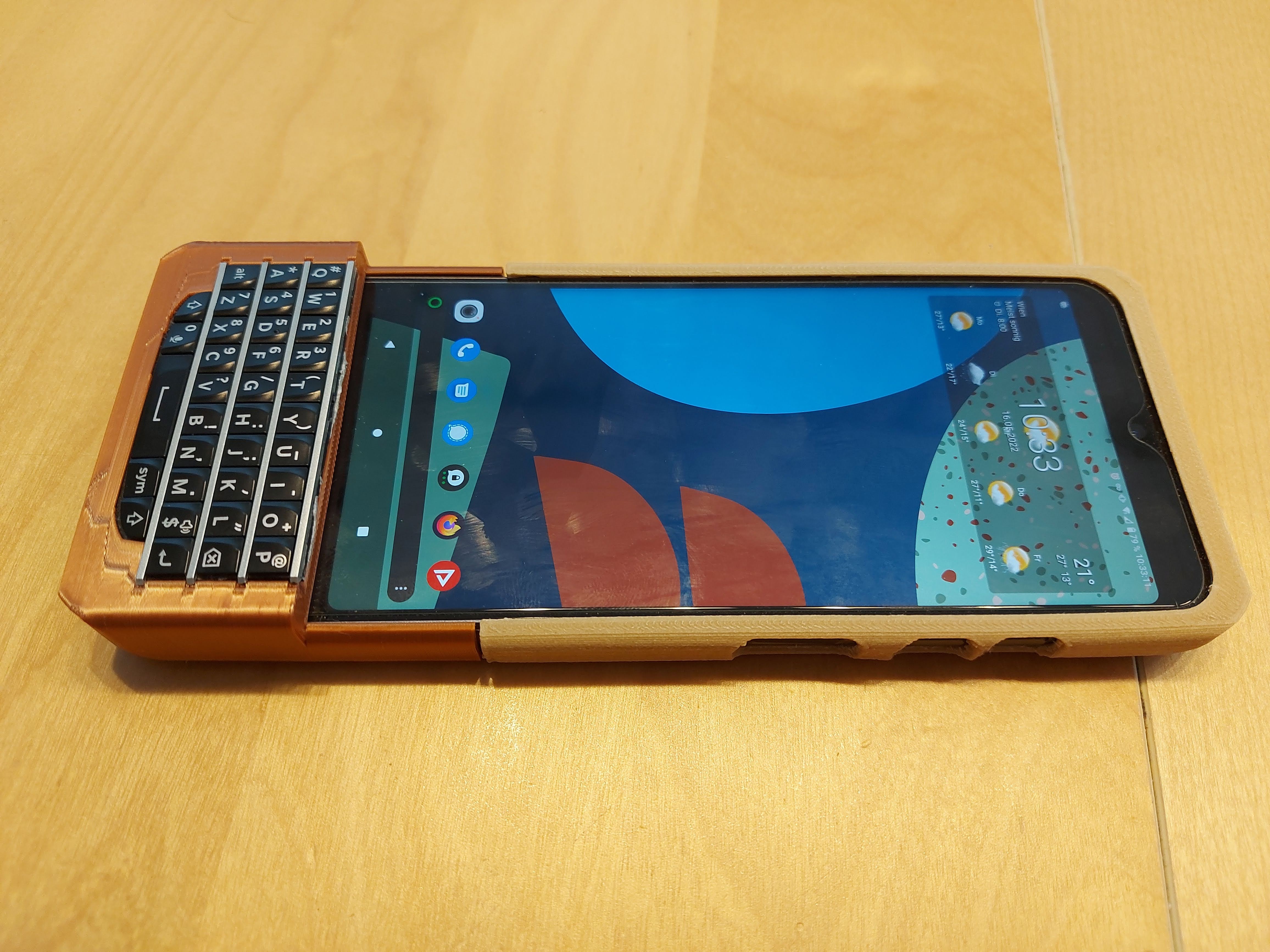 But that also doesn’t make the phone smaller…

@DaJockl I agree completely. I’m still using the FP2 and will postpone upgrading to FP4/5/6? as long as possible. Why should a telephone be so large? There are plenty smaller phones available and no, they are no mainstream products. But there definitely is a market. Building a modular phone in a smaller housing must be possible, as FP1 and 2 have shown.
I don’t stream series on my phone, I want a real screen for that. So it doesn’t matter if a phone is smaller, I want at least 32" to watch video. Larger screens are energy consumers, so they need larger batteries/longer charging times etc. Make a small phone, for those who use it as a telephone, for Signal, for their weather app, occasional online banking etc. and let the battery last 3 days.

Same here, FP2 for 7years, just at the edge of what I can use (small hands and clothing designers just don’t want to get that women want decent pockets on their cloths)
I’ve had the FP4 for 3 months (it died and I’m now stuck in waiting-for-FP-support limbo) and use my husband’s old Iphone5S until I can send the FP in for diagnose and repair.
it’s SO easy to have a small phone, as for all things like video, excel and so on, I use a laptop/big screen anyway.

But there definitely is a market. Building a modular phone in a smaller housing must be possible,

From Fairphone’s perspective I imagine the market is small and the cost is huge. but yes I would be happy with a smaller phone but I’m used to the FP3 now

and no doubt would adjust my clothing to fit.

Adjusting phones to fit clothing seems ridiculous but small hands are small hands, so I use two.

Yeah last v20 was messed up by either too much ISB voltage or a faulty wire.
The one before that was the one that lost all radio after I messed with some setting to gwet around a T-Mobile glitch.
I’m going to try an resurrect it with a Lineage OS install, cause why not.

I’m looking forward to one day getting a Fairphone4 since reports are it works well on T-Mobile in the States.
I just wish there was SOME official US support channel in case of problem. $800 USD is a whole month of my income at the moment.
But If I strike it rich, I’ll get 2!!!
I’m actually wondering how hard it would be to make a phone that uses a Raspberry Pi4CM as it’s brain,
Won’t help our OP friend cause it would be a tank… but I would love it!!!

I just wish there was SOME official US support channel in case of problem. $800 USD is a whole month of my income at the moment.

Whereas Fairphone do not officially offer support as in warranty outside the EU + resellers may well offer it. Have you tried Clove UK.

The following is a list of resellers selling the FP4 by country + prices. It is a #wiki so feel free to add your findings. The official list on the Fairphone website can be found here: Where to buy Fairphone products | Fairphone Legend:

I made the jump from a 4" iPhone SE 1st gen. to the 6,3" Fairphone 4, running /e/OS.
The difference is huuuuuge. I appriciate the extra screen real estate when browsing or watching videos, but it keeps me even more on my phone…

Maybe a little survey with current FP owners could help narrowing down the most praised characteristics ?

I don’t think it did, the 12 certainly didn’t, and the 13 didn’t even get updated to 14, that’s not exactly what I would call a well selling phone.

I’d be the first in line, but it’s not going to happen.
This has been discussed in this forum ad infinitum, but Fairphone is most likely never going to release 2 models at the same time, too much overhead for a small company, and bigger phones just sell better at the moment.

The minis sell relatively low within the iPhone lineup.
But in absolute numbers, in it still represent a lot of phones.
Apple sells around 200 millions of iPhone each year.
Even 5% of that is a lot of phones. 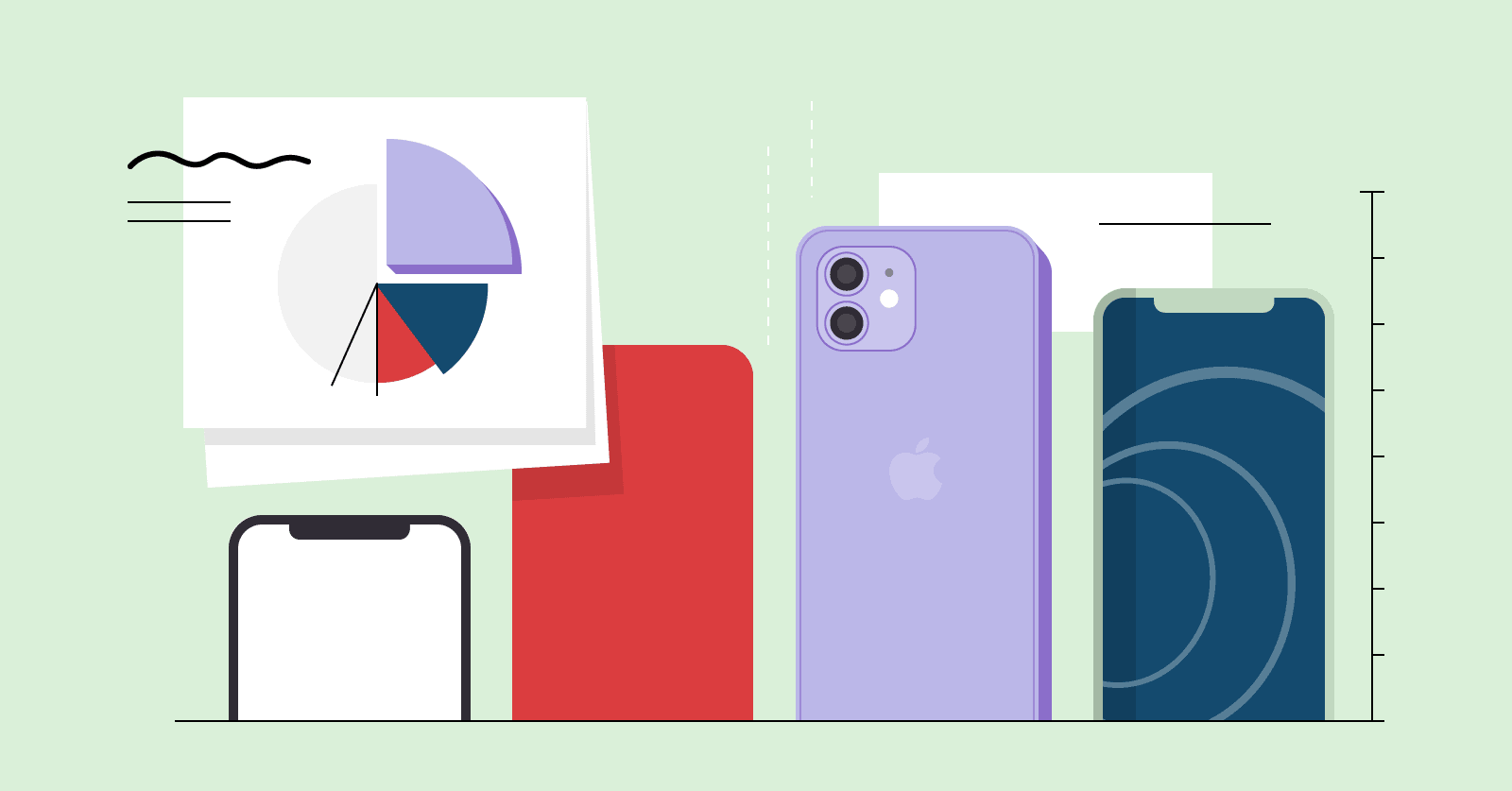 iPhone Users and Sales Stats for 2022

I understand that Fairphone can’t develop two phones at the same time.
I hope they’d grow enough to be able to do so one day…

… or opensource their hardware developpement to make profit of a technically inclined community…as Pine64 does.

Same here, my FP2 is slowly dying and I am not sure I will buy the FP4 because of the size. Not only because it is uncomfortable to me to have such a big phone, but also because it feels contradictory to me to buy a repairable fair phone that is so big (as bigger uses more natural ressources).

it feels contradictory to me to buy a repairable fair phone that is so big (as bigger uses more natural ressources).

That the phone is repairable isn’t the primary ethic behiund the company, it’s fair trade ,and in that respect a little extra or less weight is neither here nor there.

That fair trade is the main or even only goal of Fairphone is still your very own interpretation. Can you please stop pretending, that you are speaking for Fairphone in general?

Designed to last, with fair and recycled materials.

That’s written on the first screen of the homepage, that’s more than just fair trade.

Our impact - How do you make a fairer phone?

We are changing the electronics industry from the inside out. We are breaking through the short-sighted ways of thinking