Well, it is easier to activate root and of course the OSOS - with a more open source approach and no google apps installed - is a great OS, and I really can recommend it!

But only for getting root its a bit far fetched, as it includes to also flash the user partition, so you’ll have to set up the phone again.

Thanks for that link. I followed and downloaded the boot.Fairphone-fp2-su-eng-r203.img file, but when I clicked it nothing happens.
Then I checked the wiki post again and I think in section 2b it explained you need to connect to a computer and download more stuff and flash the image and so on.
At this point I am lost. First off my computer can’t even see my fp2 - only have one basic cable but it worked OK for other androids. And second, I have zero programing experience, am a basic computer user, so is there a simpler way to upload this file?
Chrs. Magnus

Well, if you take some minutes, some people wrote a step by step tutorial there (in the wiki). From the discussions I know that also others managed who had no experience, so it’s not too hard, just requires some patience.

That said, there is also an alternative (https://forum.fairphone.com/t/kingroot-and-fairphone2-share-your-experience-please/11925) to use an app, but it is not recommended as some claim it may drain battery and it’s less secure.

If you are not familiar with computer stuff you should also be aware that rooting the phone has severe security implications and with root rights you can easily screw up the software of your phone.

I have same problem, both for…

you can do that without going through the root thing – it worked for me, at least. i found a short clip on youtube (there are more, but this one was easy enough to follow), in which a step-by-step explainer guides you through the setup of acces your sd card with ‘ES File Explorer’ . once you managed to go through the steps, moving files between internal storage and sd card is as easy as it was with FP1 and the older android (where we had root access).
hope that helps : )

Hello
I bought a SD card yesterday and my Fairphone 2 (I love it!) accepted and found it without
any problems. I want to store all of my picutes and Videos on this card. Does
anybody know how I can change the storage location from internal to the SD
card? I can not find the button.
Thank you and have a nice and sunny weekend, Lea

How do you want to store the pictures and videos on the SD card? With an USB connection to the computer? With an app (which app)?

Hello,
I also have the same problem. To save space on the internal drive, I would like photos and videos I take with the FP2 to automatically be stored on the sd card. I have been able to do this with all the other androïd phones I had. 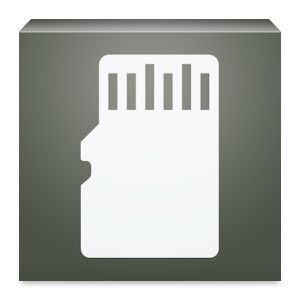