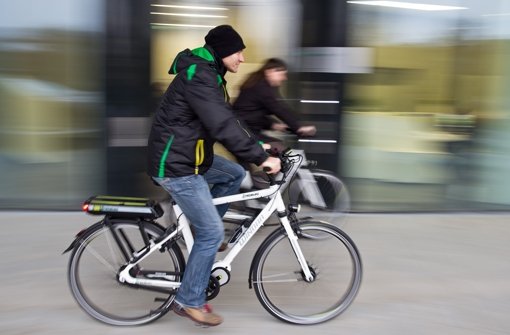 Sorry if you mentioned this somewhere and I don’t recall or saw it, but for reference if others want to check the problem out … Is your performance profile set to “Efficiency” already? …

I just now noticed something in the description of the “Efficiency” performance profile of the power saver settings. You can read about it here (because German locale on my phone). The “Efficiency” profile is described as “Favor power savings. Limit maximum CPU power and optimize for power saving at the cost of higher latency.” If Kernel Adiutor doesn’t work, perhaps that setting could do something helpful? I did set it when I installed LineageOS because it seemed to be the reasonable choic…

I thought the “Limit maximum CPU power” effect of this setting should be worth some attention in cases of overheating and reboots.

Thank you, you are right, I didn’t mention it:
I have set the performance profiles
at the FP2 on ‘Power save’ and
at the Galaxy on ‘Balanced’.

Probably you are right with the Osmand high power demand. The battery never charged completely with running Osmand, neither at the bike, nor at a car. Even when charging and running Osmand at the car the Phone lost charge.

Interesting. Last year when I drove to Italy for my holidays I had the phone navigating and charging at medium brightness for the whole ride (around nine hours) without discharging. It rather charged, therefore power consumption was lower than power input.

I guess there are far too many factors to consider why your phone behaves this way. I’m sorry that you have to part ways with your Fairphone for this reason but I can absolutely understand your decision.

Today I ran the OsmAnd again with Bluetooth switched on, all other parameters as before. Result:
Reboot after about 1 and 1/2 hour with charge level 100 or near 100%. I started at around 40%. Now running Bluetooth seems to me to make the difference between reboots and no reboots. When I experienced the very first reboots with running OsmAnd, Bluetooth was running as well. I need Bluetooth to watch charge level, voltage, power in- and output and others at the Forumslader via the Forumslader app.

There is an update for the Android ‘Forumslader’ app, version 1.4.180626:
It contains a fix for crash after establishing Bluetooth connection.

Hi, I have reboots while using OsmAnd in cars. Even when not charging the phone. Even with LineageOS 15.1.

I kept a LineageOS 14.1 up to date before that and it worsen in the last 2 to 3 months.

I just installed Logcat Reader to constantly dump logs in a files and will provide some logcat here.

Regarding performance settings, I experienced that OsmAnd was enable to reroute live after a mistake if using the most powersaving profile, so I was using the balanced one. I’ll try the “Rapid” one for the coming days, and may try the “Most performance” one after that.

[24h later, no reboots so far, after 2x20 minutes usage of OsmAnd ; I wanted to share some hope about this performance profile tweak]

I also have reboots with OsmAnd but also with Sygic GPS Navigation.
I just have GPS enabled during the reboots, and nothing else : no bluetooth, no GSM, ni wifi…
I had the issue with LineageOS 14.1 and now I’m under 15.1 : the issue is still there as described by the topic author.
In my case I always found the FP2 very hot during reboot. It’s look like a hardware protection such we can find on laptop with burning CPU

I got a reboot after the 1st 2h trip guided by OsmAnd, a few minutes after I ended the session (cause I was arrived). I lost that log because Logcat Reader app is loosing logs when the phone reboots. So I now capture my logcats this way:

How to capture a logcat - lineageOS 15.1 Guides

Install Termux app (from F-Droid). Record logs to files: Open Termux Type in : su -c 'logcat > /sdcard/log.txt' This will ask for root privileges, and if accorded, start recording the logs in a file, that you’ll be able to retrieve from the File managing app, at the root (upper folder) of your phone local storage. The command ends by itself when your phone reboots, leaving the file at its last states in your filesystem. You can then give those logs to experts to help them diagnosing the …

I got another no-GPS reboot the day after.

And then a reboot during OsmAnd guiding (with VLC music in background). The phone cut the music, becoming unresponsive for a few second, and then reboots (I suspect some kind of watch dog software impatient to reboot at the 1st sign of slowness).

And a last one captured also.

The files are XZ compressed texts, appended with a .ttf extension because of surprisingly naïve limitation of this forum about allowed extensions in uploads.

I hope those files will be usable by @chrmhoffmann

for instance. Please correct me if I’m doing something wrong in the process.

Can you grab /proc/last_kmsg after reboot?

I also have reboots while using GPS apps in car, same as @siltaar under LineageOS 14.1 and 15.1.

And the “running time” of navigation doesn’t matter, sometimes the FP2 reboots after 10min, sometimes after 2hours.

I changed the power adapter (12V/USB) from cheap to powerful, so I can exclude the cause of a weak (or changing) power consumption.

I’m concerned not having had any feedback from posted logs since 4 months, nor any improvement while updating LineageOS. Even with recent updates, the phone still reboot twice a day and too many times by trips while using OSMand to rely on it.

It can also reboot while writing an SMS in Silence, for what I notice.

Contrary to what I wrote before, changing the Parameters->Battery->Power efficiency switch don’t change anything.

I wonder if switching back to FPOOS would allow for a reliable phone again. I think I’ll try.

Oh yes please let us know if FPOOS solve the issue or not !