Possible to encrypt external SD card without using it as "internal"

I read @siltaar’s guide to making an encrypted image on an external SD card.

I’m wondering if there’s a way to make the whole sd-card encrypted and the android system recognizing it as an external sd card? The purpose being that data is safe if the phone would get lost/stolen.

I’ve been looking into this guide using cryptsetup, but it works similarly as the first guide, with an image and only part of the SD card.

make the whole sd-card encrypted and the android system recognizing it as an external sd card? The purpose being that data is safe if the phone would get lost/stolen.

That happens (except for the external aspect) when you configure the SD card as an expansion of internal storage.

However, this method is known to cause a lot of problems and is not recommended at all on this forum.

I think there are two ways to go, which can be used in combination.

Thanks for the ideas @OldRoutard, however they don’t cover what I’m looking for. I’m wondering about a whole-partition encryption method for the SD-card so that it is accessible (when decrypted and mounted) as a regular external SD-card.

You want a full encryption that is readable via Andoid and Windows for example ?

Not necessarily by Windows/Mac (I use Mac) but by android, yes.

I mean, does it have to be multi platform or would just Android do?

Ok I will have a look.

But a simple solution is use Amdroid’s built-in encryption on rooted device and keep a backup of encryption key so that SD card can be decrypted later on a PC
external sd - How to encrypt an SD card for android so that it can also be used on other devices? - Android Enthusiasts Stack Exchange

Samsung seem to have it built in 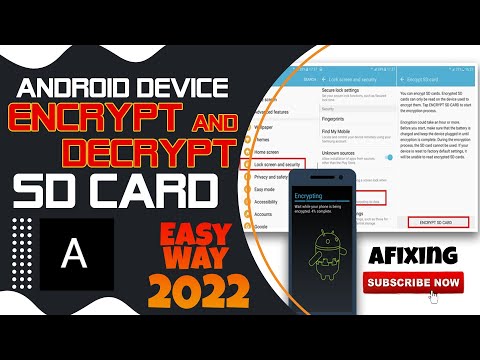 Yea looks like a perfect option, but it’s not available on Lineageos 19.1…