Hi!
We do not know when, but for sure one day it will be possible to get a coloured external case for our FP2.
I was (dreaming of! and) imagining these coloured cases and did this. 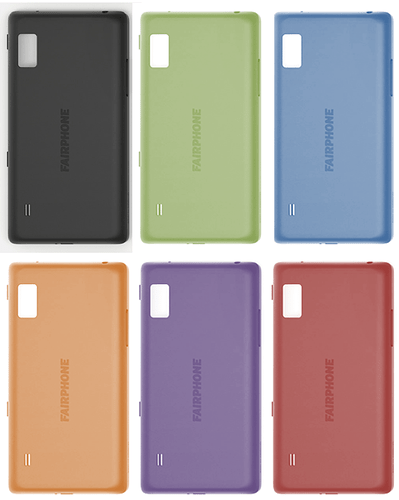 Now… which colours should be available first !?!

I think the “blue” colour option should most closely resemble the “Fairphone blue” we are used to.

True. But I think the pic was just meant as an eye catcher, not to represent the actual colors. There are 4 more colors in the poll than inthe picture.

I welcome this poll very much, don’t get me wrong. I seriously thought for quite a while that it would be quite unfortunate if that new integrated case which plainly speaking is a RUBBER case would come solely in a black variety. My basic design world view when it comes to colours is that either you get the perfect monochrome match OR go for a bold contrast. The black rubber however hard you try will probably never be able to perfectly match the black of the phone body for the simple fact that both stem from totally different materials and sport completely different textures/surfaces. So while the black case should definitely be availalbe for those who simply want the most low-key looks, there should be at least one truly “vivid” option, and I think if you had just one of those, it should be the “trademark” Fairphone tone

What I want to put into the disussion:

I would vote for the posibility of a TRANSPARENT design of the back cover, that one can see the inside of the phone. Also a colored, but partly tranparent design would be fine (e.g. blue but with 50% shining through…).

And: is there any possibility to keep the white frame, which the FP1(U) now has, because it is a real eye-catcher and recognizing helper…Or is this not compatible with the planned back cover?

Me too. And then I’d use a picture of the front of the phone with the screen taken off as a background picture!

You do love the WESTWORLD and FUTUREWORLD movies, don’t you, Paul?

I never even heard of them!

I think if you image google (if you haven’t already done so) just the word Futureworld, you will instantly recognize why your screen background idea immediately made me think of Futureworld.

1+ for a transparent case

I second that immediately! Used to have a transparent cover on my good old Nokia 3310 and really loved that look…

I have duckduckgo image Futureworld and I have understood Thanks @Fred for sharing this, I will probably use some of the fotos in the Austrian Fairphoners’ Urban Mining Workshop this week.

Love that transclucent blue back. Hope mine can have one of those!

The French press “scooped” us

Very soon, the Fairphone team will announce more plans on colored cases. Glad to hear some people are already enthusiastic! 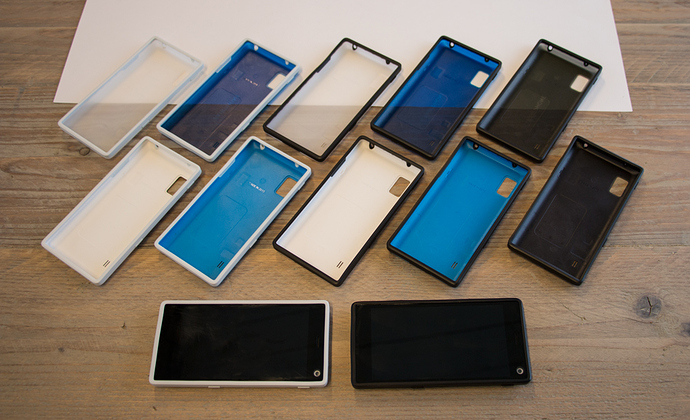 Hey @joe, great news!
Also great, that you already took into account “our ideas” of transparent covers, the white frame for recognizing FPs and sticking to your blue FP logo color!

After having a view to the PhoneAndroid article: what’s about to have the FP logo more pronounced at front and back of the FP2 (in white instead of light grey)?

And some things people maybe like to know in this next blog post: how you will organize the order-process for the cases (especially for people who already bought a FP2)? What’s about prizing, self printing and is it of recycled material?

@joe Will people who already preordered the FP2 be able to choose a custom cover color before shipment?

What do you mean about ‘the FP logo […] more pronounced at front and back of the FP2’?

Pricing and material information will come when it goes on the shop, no date to announce yet.

Relatedly, @paulakreuzer, we are working on a solution so that current owners who have pre-ordered the Fairphone 2 will be able to choose a new color before delivery. So that’s good news! More info will come by email to owners about this.