Using microG version 0.2.4-108-g464d45d, which integrates UnifiedNLP, with Xposed module XposedGmsCore-UnifiedNLP, which easily integrates microG UnifiedNLP into the system. With this setup I got good results with MozillaNlpBackend and with LocalGsmNlpBackend, but couldn’t get correct localization with OpenBmapNlpBackend.

The Mozilla service is the most precise since it uses both GSM and Wi-Fi info, but I chose to use LocalGsmNlpBackend instead because of a few advantages to me: (a) it doesn’t need to turn Wi-Fi on for localization since it only uses GSM, the radi is always on anyway; (b) it doesn’t send any personal info out since the database is pre-downloaded into memory; and © it reduces battery and data consumption. Normally I get a GPS lock within seconds using it as a backend, so I don’t need the increased precision offered by Mozilla, and in underserved areas Wi-Fi location won’t probably be very helpful anyway.

PS: I added the DejaVu as a second backend, works perfectly too.

Hello Dr_Cool,
I try to use the UnifiedNlps the same way.

My question is, how does the DejaVu Location Service work?
Need the GPS and WIFI search turned on to gather data?
Is it then recommended to walk around with active location?
Will Deja Vu benefit from the LocalGsmNlpBackend?

Thanks for clarification…
Cheers

When you use an app that triggers localization with GPS on and there’s a successful position lock the backend will record GMS info and also Wi-Fi info if it’s turned on. It’s done on the background, you have no control or notification of what it does, but afterwards it will show a more precise non-GPS location than with the GMS database backend alone. 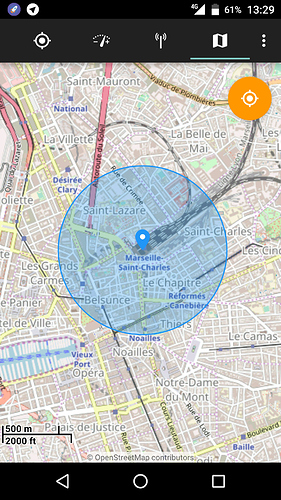 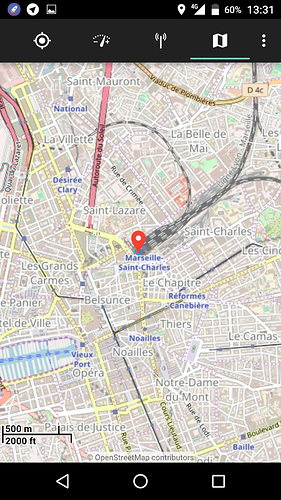 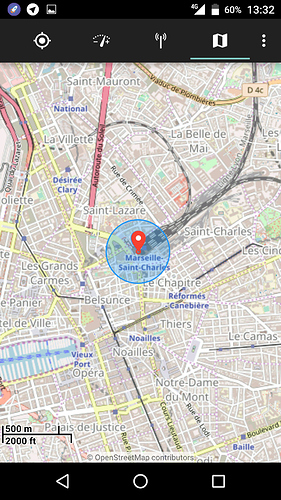 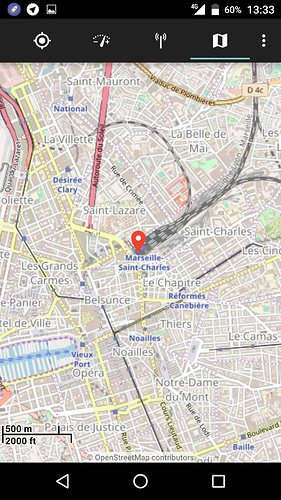 Thank you for this detailed answer!

After reinstall, permission granting and reboots I was able to make OpenBmapNlpBackend work with my setup described above. I’m now using it with Déjà Vu instead of Mozilla. OpenBmapNlpBackend includes a local database of Wi-Fi stations in addition to GSM, and I prefer to support OpenBmap/Radio cells.org. Déjà Vu is a nice addition because it fixes the occasional location error due to nonupdated Wi-Fi gear displacement.

So you are using…

OpenBmapNlpBackend for WIFI or does it work with an offline database for cells too?
For me - I cannot Update or Download a cell database

and DejaVu as an addition?

My latest setup is made of two backends: OpenBmapNlpBackend for both Wi-Fi and cell towers offline (with their downloaded database) and Déjà Vu to help with refinements/corrections. It’s therefore 100% offline. Works quite well, Déjà Vu works transparently and is very effective. I dropped LocalGsmNlpBackend.
I wonder why you can’t download a database, I’ve never had problems with this part of the setup. Could it be because I’m downloading their database through their RadioBeacon app and then changing the database directory in the backend settings? I do it so I don’t have a duplicate of the offline database.

Ok, thanks.
Maybe I have to reinstall it again and I will test which setup is the best for my use.
Thanks again for sharing yours.
Cheers

A post was split to a new topic: Localisation problem in Osmand (blue marker jumps around) (Kitkat Alpha)

I too had to drop Déjà Vu, it was crashing with some apps. My stable implementation now uses Local WiFi Backend for personally collected Wi-Fi stations and GSM location Backend for cell towers downloaded from Mozilla, all stored locally.