I have problems with the left part of the screen not working. Today I received an email that I am supposed to send in the defective screen, they will then:

Once your product arrives, we will inspect and assess it:

I am not very happy that I bought an easily repairable phone and now I am supposed to be without it for several days. I would rather place a deposit or anything like this and then replace it myself. Yes, I know, severe case of phone addiction…
Anyone elses thoughts?

I agree. I wouldn’t mind placing a deposit either, if that means getting the screen before sending back.

For a while, you’d put down the price of a new screen as deposit, which Fairphone would refund if it turned out to be a warranty issue. They stopped doing that at some point, but I’m not sure why - though evidently it didn’t work out for some reason… (Actually, my guess would be that it turned out that a significant number of cases were not down to the screen, which means sending in the entire phone is the only way to effectively diagnose).

But they ask that I only send in the screen. In the meantime my phone is obviously useless.
And knowing Fairphone I expect quite the delay before I get my phone reassembled again…

It really makes no sense to send the screen in advance. What am I supposed to do in the mean time? Not have a phone and not knowing when my screen will arrive?

As a follow up to: Right side of the screen unresponsive 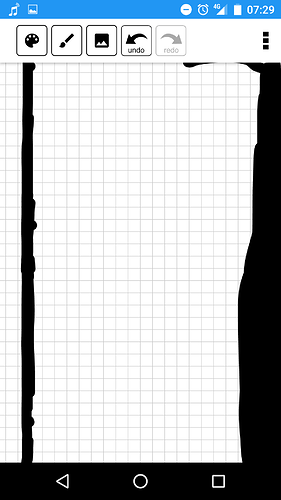 I’m experiencing the same problem for the 2nd time. It starts almost exactly as last time (only this time it is the left part of the screen):

I’m only at the phase where “part of the left side of the screen becomes non-responsive”. But I know it’s all the way downhill from here. Could it be due to faulty chargers / bad USB cables? Or bad wiring? Please somebody fix this!

This is something @Wiko typed on Jun 13. Which is exactly what I’m experiencing aswell. If I push really hard it all of a sudden seems to work.

Since this is the second time this happened to me in a very short time, I’m really thinking about switching phones. I do really really want to support this idea and I actually enjoy the philosophy of the Fairphone, but these types of major criticial hardware failures make it impossible to work with this phone.

Some people affected by this issue came up with a theory that it might be moisture related. At least, quite a few of them said they were regularly going by bike, carrying the phone in their pocket.

Second time my screen is failing now. It starts with a vertical area on the right hand side that is unresponsive. Then another vertical area stops working. Got a new screen back in Feb 2017 (first screen made it for about 10 months) and that fixed the problem. The problem is very similar to many of the posts and pictures above.

Now since Aug 2017 the problem is starting again and getting worse (second screen made it for about 6 months). After one month of soldiering on (using work arounds like rotating the phone and changing keyboard layout to reach certain keys) I have had enough (can’t answer calls anymore) and have raised an issue with customer support. In a couple of weeks I hope to have my third screen. Hope it lass longer than 6 months.

Next time the screen fails it will be a new phone for me that is solid and glued together. My last such phone (cheap samsung) lasted me around four years but didn’t have any hardware troubles. This Fairphone 2 not even two years old has already included replacing screen, backcover and microphone module.

My usage is very normal. I carry the phone around in my pocket all day - nothing unusual.

I guess, I have read somewhere, that it is a quality issue.
Most likely the manufacturer did not apply the same thorough quality control as he would for brands like Huawei, Apple, LG etc. that are ordering quite different amounts of displays.
As this article (in -german) states:
“Deshalb sucht Fairphone jetzt nach Investoren, um schneller zu wachsen, Kapazitäten auszubauen und mehr Bedeutung in der Branche zu bekommen - nicht nur für Verbraucher, sondern auch gegenüber Zulieferern.”
(That’s why Fairphone is looking for investors, to grow faster, expand capacities und gain significance in that line of business - not only towards customers but towards suppliers as well.)

Is anybody successful with the return request? I got an e-mail almost two weeks ago saying I need to fill in a request form which I did immediately. And I never got a reply… Sigh. I think I’ve been quite patient with Fairphone but this is just not working. I run my own business and not being able to rely on my phone whatsoever is just problematic. I’m gonna need to buy another phone to use while my display module is being replaced. In case the display ever actually gets replaced I will see how long fairphone will last and if something else goes wrong (without it being my fault), just continue with the new phone I had to buy and stop supporting fairphone.

Here’s how my display has been dying over time. 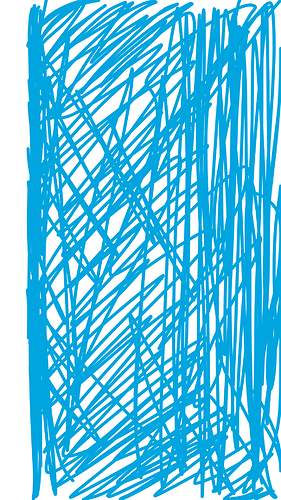 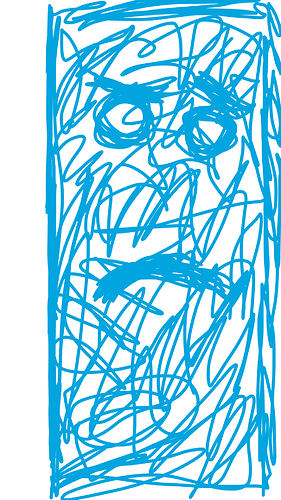 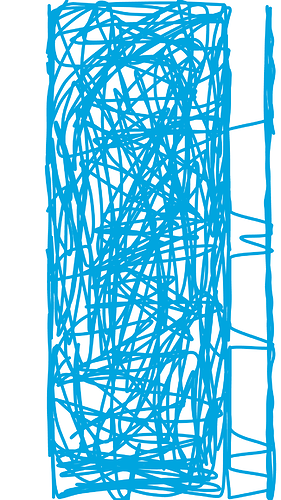 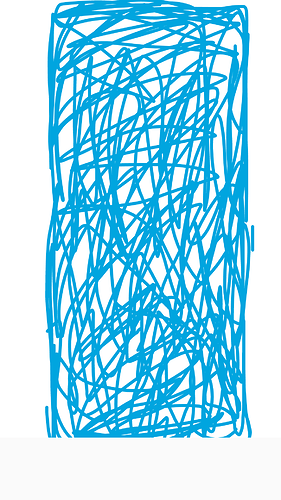 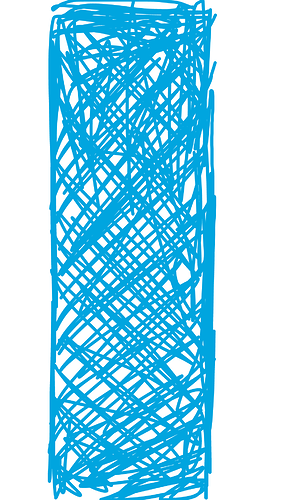 I have the same issue. My left part of the phone does not react. I contacted the support team by the end of May, which is now 4 months ago. First the screens were out of stock for two months, then there was an issue with the return portal and now I am not able to chose a pick up time to send in the phone. Everytime it takes them about two weeks to answer and I’m starting to get really frustrated. Am I the only one who’s waiting since May for a new screen or am I simply too impatient?

I’m waiting since June but I have the same issues. First out of stock, then a problem with the return portal and no reply… Mid august they said it would be possible to replace all warranty cases within a month. I haven’t been able to schedule a pick up time since then…

Hi siemen
That really sounds like the exact same problem I have.
I called them today and I was told, that there are still some problems with the return portal and that customers from certain countries (in my case Switzerland), can not chose a pick up time. Do not ask me why they just let people try anyway when they know it won’t work…
But here’s the good news: You can arrange a pick up time directly with DHL, as long as you got a confirmation mail from the return portal containing the shipping labels. On the second label there is a FRT A/C number starting with a 9 (it is the same as the DTP number), and you have to give that number to DHL as a bill number. I just called DHL and it was no problem. They’re going to pick up my parcel tomorrow - finally

I hope that also works for you. Good luck.

WiKo, what a lifesaver. I just tried this trick as well and my whole screen is working again. I don’t think it will last long but I don’t mind doing this trick some more times till the screen is really beyond tricking it.

So I don’t think that cleaning would help here really.

Well, now one and a half month after first reporting the issue to fairphone, they finally started the screen replacement procedure. I have to say that I am outraged. I have been calling the support many weeks ago and they had me assured that the replacement screen would be directly on its way once its back in stock, which is “in a week or two”. That’s seven weeks ago.

And now, instead of just sending me the damn screen, I just got an email to “Start a return request” and send my old screen to them?! I could have done that 7 weeks ago already, if someone would just have told me to! I don’t know how to express my anger: within those last weeks I moved to country where sending a package internationally will cost me about 50 €. For that price, I could almost buy a replacement screen myself (I know that this is not the fault of fairphone, but this situation could have been avoided completely).

This phone is a catastrophy. I already bought a cheap phone in the meantime and now I’m saving up for a new Samsung. Needless to say the Fairphone missed all its goals entirely: it left an environmental mark bigger than if I had just bought a single super-unfair-phone one year ago.

Here’s an update to my long, painful and tedious process…

Now with DHL it seems like I’m missing some kind of invoice which I was supposed to have received from Fairphone. Then the guy from DHL that was supposed to pick up the package didn’t come to pick up the package. When I call DHL they say that the guy tried to call me, which he didn’t, and he tried looking for my name on the doorbell but couldn’t find it (our name is the only name on the doorbells). So tired of dealing with customer services…

It’s been almost a month since I’ve sent my display. I’ve been calling Fairphone about 4 times since then checking how things are going forward. Last week I finally received an email saying they will replace my display under warranty and that I just had to reply to confirm address, which I did next day. I haven’t heard from them again and calling them now I hear they have not started with the shipping back process… This is pretty insane.
I received the phone in January, had issues with the display since June and send in a request for replacement in July. In august I get a message the screens are in stock and will be replace by the end of august. End of October I finally managed to arrange the pick-up date directly with DHL, because Fairphone’s system didn’t work and they made me try it 2 times, with the typical fairphone delayed or no replies.
It’s now the end of November and I still don’t have a replacement display. That’s six months with a mal-functioning screen.
Looking at my e-mails I’ve gotten e-mails from 8 different people over those months. And that doesn’t include all the people I talked to by calling to check on the process. This is so frustrating and because of this process I fail to recommend Fairphone to anyone since I don’t want them to end up in this situation.
Does anybody know if it is still possible to refund the money?

Does anybody know if it is still possible to refund the money?

I have read from another user who had serious issues with his Fairphone 2 covered by warranty. Fairphone were not able to handle his case in adequate time, too, so he engaged a lawyer who made contact with Fairphone. They reacted immediately to his letter and offered a full refund.