Hello,
I wish to share with you my experience of the SAV FP.
I had a problem of pixelisation of the screen. I contact the support. They
open a ticket. They ask me to send back to them the Phone. 10 days later they return it to me. The problem of pixelisation is solved by the replacement of the motherboard. ON THE OTHER HAND parts of the touchscreen dont work.

Nothing in this dial provide a solution that solve the issue.
I will call again the support. I hope they will not ask me to send the phone again.

Keep in touch
Eric from France

I have been experiencing the same issues with the screen some weeks ago.

Actually I discovered the problem around the 11 of May just when I received the patch 1.2.8. Perhaps this detail is not related with the issue but I think it could be important. So it was impossible to touch the A and Q touch anymore. The next patch 1.3.6 installed the same weeks didn’t change anything.

I tried to change the screen sensibility, clean the connectors of the screen, disable some apps… with no results. Today, I experienced news others issues : now I cannot touch some others touches and the “crazy touches” random inputs appears also.

Thinking about the pin of the connectors… is there any chance that some of them were break loose or something? In fact I have the impression that the behavior is different depending on how I keep the cellphone on hand.

In the meantime, last week my fp2 has finally been picked up for repair! I hope it will be fixed soon, because the current temporary phone i use now is kindof dying…

it has passed more than a month and still have the same problem with the screen… the left side doesn´t work… so i have problems with massages, calls, internet…

The left side of the screen doesn`t work FP2 Help

The letters q,w,e,a,y etc not work, if i turn the screen doesn´t work the space bar,... etc it´s a problem of the update?? or of the sreen? thank`s

and the support team will not answer … !!!

I can not go on with the phone, you can exchange it or return it ??

Hey @Benjamin123 please stay in this thread with this issue. Your post was moved here to avoid duplicate topics.

If your screen is broken and support doesn’t answer post your number here to get a reply faster.

The crazy touches I usually solve by pressing down in the middle of the screen, it might stop then.

My TicketNr. for the Touchscreen Problem is 105674 and i received it on 19th of mai, when were your tickets answeared?

Hey I have the same issue. The left part of the display doesn´t work anymore. There are crazy ghost touch inputs so that you can´t use it properly. You have to call the support team by telephone and they will start the return process. I send my old diplay and hope to get a new one soon. It seems to be a bigger hardware problem and quite lot of users are affected. I hope it will not happen again in 1-2 months. To be honest I would like to return the whole phone and buy another one. I don´t want to be a beta tester anymore.

Hello Lobel my ticket was answerd directly as I startet a telephone call. I would recommend that. They don´t want to send a new display as long you didn´t return the old one. That is very uncomfortable because you will have no phone for 1 or 2 weeks. All the best for you Lars

Hey dull I think the opening of the phone wasn´t the reason because I didn´t open it at all and now have the same problems after two months of usage. I´m really disappointed and as you said the phone is not reliable. I also had stressy moments during GPS Navigation or trekking with hiking maps in combination with the “crazy touch inputs”. I can´t press the key for the number “1” or emoticons anymore cause it´s in the dead touch zone. That´s also very nice for the daily usage.

After 10 days i’m very very happy to have my FP2 back! The whole screen seems to work fine right now, accept for this; When i scroll up or down, sometimes the screen falters. This also happened already before it got fixed and i actually can live with it(don’t want to send it back again)…but its just a pity.

Hello,
since yesterday I have the same problem. On the left side of the display is a centimeter that can´t be acitivated. I tried all the tips and nothing worked out for me. That is really bad, because I need the phone and the hiking maps for my holidays soon. I start to get a bit upset cause of all the bugs and problems I already had. Nice idea but I don´t want to become a beta tester for free. What should I do now? I already contactet the support (Ticket 114161) 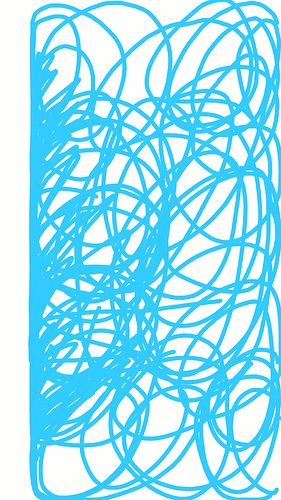 I am experiencing the same issue now.

After heavy usage on a hot day yesterday, when my FP2 got very hot, the crazy ghost touches appeared and after a restart there is a vertical strip that doesn’t work anymore.
Funny enough the position of the area moved a little bit from yesterday to today. The image shows the effect. Yesterday I painted with red, leaving a white area at the rightmost part of the screen. Today I repeated painting with green. As you can see, the area moved to the left, cause you can see a part of the red paint from yesterday. And a small part of green paint is visible on the right of the non-working strip.

So, what should I do? Return the phone? 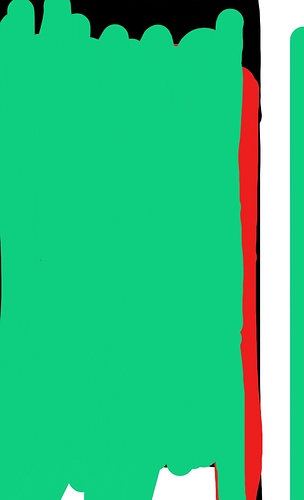 Hello you probably have to return the display. But ask the support first. You should give them a call. After that they start the return process and you will receive a DHL Sticker and more information. All the best for you

I got my FP2 3 weeks ago (on July 11th) and I have experienced touch screen issues ever since: unresponsive screen, blinking screen, ghost random touches… most of it could be resolved by locking/unlocking the phone with the power button, or rebooting by holding 15seconds.
But since today half of the screen is totally unresponsive, I tried to reboot but I can’t input my PIN code. I tried disasembling the phone, I removed the battery and the screen and put them back but it didn’t fix the issue.

How can I fix this ?
Philine

i have the same issue now… (right column is dead)
The interesting part: I have tried another display of a friend of mine an the problem was gone -> This is definitely a hardware issue.

Hope they will replace the screen only without the base unit. I do not want to reinstall it.

I have also been having the same issue, column on the right side of the screen does not work, blocking out the ‘i’ on the keyboard and making it difficult to answer calls. I submitted a fault report 1 and a half months ago but no reply, and I cannot seem to get through to customer support by phone (Ticket number #112313)

I think the upper left en upper right side of my touchscreen doesn’t work anymore. If I wanna type something I can’t use the ‘q’ and ‘p’ buttons (QWERTY). And also I can’t transfer any apps from one tab to another.

Does anyone have an solution?

The new update didn’t solved it and also removing the screen didn’t work.