The letters q,w,e,a,y etc not work, if i turn the screen doesn´t work the space bar,… etc

it´s a problem of the update?? or of the sreen?

It very probably is not a software but a hardware issue. Did you have a look into this thread and already tried a painting app? If you already did and the result shows that the left part is still not working, I’d suggest to contact support (https://fairphone.zendesk.com/hc/en-us/requests/new) but please be aware that they are still really, really busy and understaffed. So, if you don’t get an answer within a week try to call them. Else, you could also try to dis- and reassemble the screen. See here how to do this. Make sure to take out the battery first before disassembling the screen. 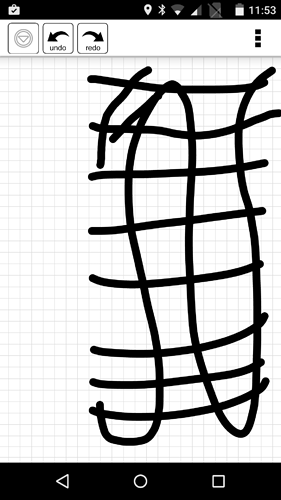 Now I’m joining this club with the same issue.
A week ago the left side stopped working and yesterday a section in the middle also gave up.

I have filed a support ticket and are awaiting their reply. 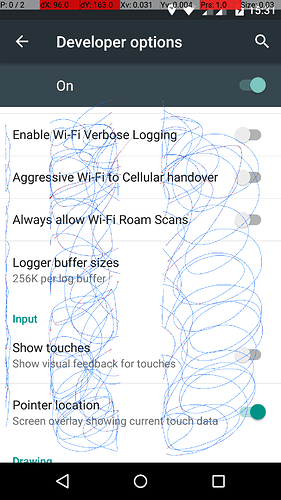 And yes - same here. Until yesterday, it was only the left column, now the one in the middle has joined it. Opened a support ticket and will follow up by a call in order to get a replacement.

In the meantime, since many people in this thread will have the same issue: Could somebody explain the best way how to do a backup of the phone? Would be great! Thanks! 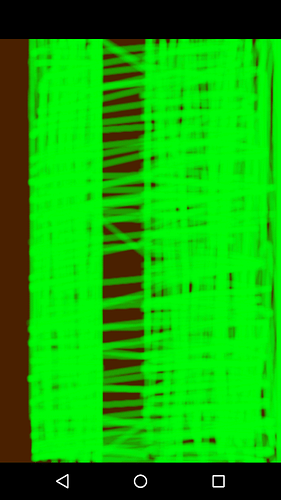 How to back up your Fairphone 2

These days, our phones have more in common with computers than those boxy phones that would call by turning a numbered wheel (remember that?!). Like regular PCs, your pocket-sized “computers” conta...

I personally use Titanium Backup app, which works very well (but needs root).

Alternatively have also a look at this:
https://forum.fairphone.com/t/pencil2-backup-solutions-without-root-access/11996?source_topic_id=13738

Same here. Delivered FP2 on end of April 2016. The very left part of the touch screen was dead yesterday. Today an additional area on the left got dysfunctional.

I created a ticket and asked for an replacement. Let’s see if this is working, if not I’ve to call the support.

I’m very disappointed, so many hardware issues with the FP2. Especially with the screen.

Great, thank you, @freibadschwimmer!
I called support today, the guy was really quick and helpful. The good news is: I don’t need to back up my phone, because I only need to send in my display and they’ll send me a new one (hopefully).

I would, however, nonetheless recommend to make regular backups, as this also might be helpful in case the phone gets lost, stolen, or broken.

I want to ask people’s advice. I now have two vertical strips not working. I did early on drop my phone underwater for less than 1 second. When I opened it up I could see no water inside as the cover is so tight. I saw no problems with it, aside from the many freezes a day I was already getting. Then a couple of months after my screen stopped working fully.

The problem is FP have said they might consider it out of warranty because of the water. My question is how likely is it that the water caused the problem? I’m inclined to feel hard done by because of how many people have posted in this thread - surely there is a pattern of many faulty screens? But I don’t want to be unfair. Obviously I’m in a weak position anyway, it’s more my attitude that I want to address.

I personally don’t believe that your touchscreen problems - more than a month later - are caused by the toilet dip, which you so proudly stated caused no problems.

I’m no expert I can only speak from experience.

When my FP2 fell into the toilet for about 2 seconds, there was water inside, I opened it up and let it dry for hours and when I tried it again the whole screen didn’t respond to touch input anymore.

I’m now going to order a new screen as it was obviously my fault. If your touchscreen problems were related to the toilet dip then I guess they’d have to have started right away.

I don’t know about this particular case, but water intrusion may cause corrosion (especially if it is acidic, eg. salt water), which of course can affect the functionality of electronics. Corrosion would not show up immediately, but would take some time.
But I guess if the display malfunction looks the same as what other users reported, and the water was plain fresh water and the phone got dried right afterwards (or as you said, you didn’t even see any water inside), I could imagine that it is not related to the water dip.

Since the latest update I cannot type the number 1 and letter q on my keyboard.

Does anyone face the same problem and is there a way to solve this?

yes, me too, but if I turn the phone around I can use those keys, so it is that side of the screen… looks like the same issue as the one discussed in this thread but I too have only experienced it since the last update

In my case of repair from FP the screen stopped working only few hours after the update process with 1.2.8 (10.4.16) . 3 months after delivery and working with known screen problems that have been remedied with 1.2.8.
Never mind the update process. But this implies that my screen stopped working by chance and not by accident. FP support exchanged my display by warranty and I have no problems for 2 months since then. So what ? What happened with my former display ? No answer from FP support except a cross on the sheet of repair protocol that shows it was a factory defect. Factory defect after 3 months (?) To me even my new display cannot be called stable until it now runs more than 6 months without breaking down .

I have the same issue with the not working left edge of the screen. It´s now two weeks ago it startet. Some days ago it worked for one day again, and returned to not working.

My question: Do anyone has an idea, if there is a possibility to clean some contacts or something like that to repair it?
Or if they would send me the new screen first before I´d send mine? Because I need my Phone, I can´t send it some weeks away without another.