I still don’t see how they produce a phone without Coltan. This would beasically mean they use something different from tantalum. Any clues?

No, I have no idea. I’m not an expert in chemistry or electric engineering.

“SHIFT goes without the use of the conflict mineral coltan. Coltan was and
will be built into mobile phones and smartphones in the key area as it is suitable
for the production of very small, high-performance capacitors.”

They might just use bigger capacitors?
From what I’ve read now, it is also possible to get the precious tantalum from other sources than coltan.

Shiftphone is mentioned as ‘The Fairphone from Germany’ in this article:

Seems like Fairphone is becoming a category name, instead of a product name… :ohno:

Thanks to @2IRS, who pointed here to this thread on the Shiftphone Forum, I just read a post from 12th April 2016 (3 days ago) by Shift-founder Carsten Waldeck.

He asks for “1-2 weeks of patience” and says that documentation about the Shiftphone production would be released in a few days.

I’m looking forward to this documentation, but am sceptic because the past has shown that Shiftphone is rather secretive about their production chain.

As you’ve mentioned, unfortunately the promise of more information within weeks has been given multiple times in the past. We’ll find out more in two weeks I guess.

Just for reference, there is an article on Heise’s c’t magazine:

Unfortunately it’s behind the paywall, so I cannot read it. Faire Computer wrote the following on Twitter: 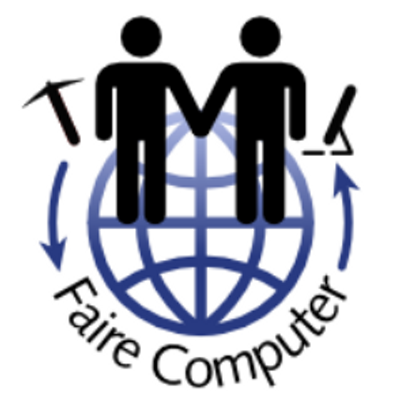 Translation: It would be untrustworthy to compare the fairness of Shiftphone and Fairphone. Two years after the project start, Shiftphone still has not documented their promises.

I decided to buy the article, here’s a summary for those interested:

hi,
this is carsten (founder of SHIFTPHONE). i am not so happy about what some people write in the press. and a lot of it is not really true…

we at SHIFT love fairphone and respect their great work and the amazing communication. we are a quite small team, but we try our best to help moving towards fairer production step by step. we began with fair assembly and we are together with the workers when assembly is being done. we are constantly moving forward and try to do things better… and we would love to work together with fairphone. i think we could be a great team together ;-).

i really believe our PRO line (Snapdragon820 MSM8996) would be a great project to maybe share development of PCBA and software. i wrote many mails to bas and some others, but until now i did not get a reply. we would love to at least talk together to find out, how we could change things together. does anyone know, who at fairphone i could talk to?

we love fairphone and do not see each other as competitor but as partners fighting for the same goal. this is why this is important to me.

and yes: you are right. we are working on a better documentation right now. if you like i can let you know when this will be out. i was a little sad about c. woelbert of heise and CT magazine, because he did not wait for us to give him good information and he knew from me, that the documentation would be ready by next week. but he quickly released this article BEFORE. why would he want people to not trust us? i am still not clear about that… but probably we will find out some day ;-).

thanks you for all of you fighting for fair production and honesty and putting so much love and time into this. i really believe together we can change things step by step and we send our love to you people and the fairphone team

Thank you very much for posting here!

does anyone know, who at fairphone i could talk to?

Maybe our Community Manager @Douwe can get in contact with you.

if you like i can let you know when this will be out.

Yeah, would be great, if you could tell us as soon as possible.

that the documentation would be ready by next week

“Next week” is here, but the documentation unfortunately isn’t…

For beeing short I’d like to cite just one sentence from C.Waldeck who complained here about the C’t Heise article above coming too early for his announced documentation. Last week Mr Waldeck gave an answer in his forum to the same question about fair trade issues for shift phone:
( no real announcement about upcoming documentation of fairness and no other information about it)

Now I am sure that the Heise/C’t journalist Herr Wöbker didnot publish too early nor did he had a skewed point of view about marketing questions of the shift phone. Because I was reading his C’t article almost the same day when Mr Waldeck answered in his own forum I can only conclude that my perception of the current state was quite up to date although the article was almost 4 weeks old. (Mr Waldeck promised docu in 2 weeks)

I can’t help to come back on the issue of the coltan-free shift phone: I cannot find any evidence this statement could be ever true. Having read all this here and the C’t-Heise article it is more likely a marketing trick without any proof… I am afraid SHIFT phone cannot be one of the first revolutionary company avoiding tantal completely ;-( wishfull thinking for commercial purpose only. Regarding the main headline of shift phones portal I only see advertisement phrases. Even english translation is missing. The “wiki” is only redirection to the forum! Especially the first box “Beautiful” reminds me simply on sense-free skin cosmetics. The last box (sustainibility) even has an orthographic mistake: “Reperatur” (Reparatur). Can’t believe I am the first who recognized it. Finally, what has rooting in common with hardware repair issues ? You never loose warranty, I swear !!

The psychological problem while advertising also for phones with the word fair - isn’t beeing fair in classic advertisement a contradiction anyway ? Think about fair’s double meaning:
Fair also means blond, sunny and lightsome, cheerfull. Best for advertisement if you don’t want to expose a sexy model. There are too many other important things about shift phone, as I learned from C.Waldeck

Totally forgot about this thread.
Well, I think it’s around a year now with nothing but empty promises and no real proof. Kinda feel sorry for all those people who bought products from Shiftphone believing those statements

Hi there,
I followed this discussion recently and I think it’s time to engage. Because I’m a FP 1.2 user who will now switch to shift.

Having lost my FP 1, which I truly liked, I urgently needed a new one. However, while I see the technical improvement, the price for the FP 2 simply exceeds my budget. So shift seemed as a decent alternative - but yes, they are no match to FP regarding transparency that is truly rooted in the organisation itself. It is, simply put, rather a personal than a professional approach to establish a fair production chain.

So I gave it a week for shift founder Carsten to address the accusations in their own forum. And he did give an impression of their work with TAOS (which I already knew because of their perfect FP documentation) recently. If you can read German, you can check it here.
Bottom line: he’s about to realize HOW much work a transparent and documented supply and production chain actually is. But personally, I don’t doubt his commitment (as some users here have).

So perhaps a little less suspicion and appreciation that another, less professional producer is also contributing to better standards is suitable. And indeed, the C’t article seems biased to me, in that sense. While I absolutely think critical questioning is advisable, harsh criticism because a less professional producer cannot respond in time is simply counterproductive.
(And yes, the “Reperatur” typo is a bummer ;- )

Don’t mind about a decent device shift phone. But shouldn’t we expect a decent answer directly from Carsten anyway - here, not there , where he is at home.

Oh wow, I just read what Carsten wrote over in the ShiftPhone forum. Building up their own factory/production line sounds like a HUGE step. I’m very curious to see how far they take this/how long it will take/what will come of it. But I think it’s quite positive that they are now working with TAOS and am very interested to see what their results will show.

Especially if the team is already struggling with providing documentation for what is already going on.
But if they are actually going to pull this off and make their own factory, respect. I just wonder what turnover they have that they can afford it.
In any case, the more vendors try to produce fairer electronic, the better. I wish them good luck with their endeavor, even though I am still a bit suspicious about the whole project.

Sure. I understood he’s still on his trip, so let’s see if he replies after his return.

But there is a german company called SHIFT phones

Is there? Do they still exist?

Should i buy the FairPhone?

But there is a german company called SHIFT phones who provides information about fair ressources and workers labour condition.

Do they? Has there ever been any proof about this?

My answers quoted here in a silly and grimacing way are from a different context e.g. different topic. I am not sure why I should answer here.

If you don’t understand my point of view I could ask you simply:
Can you give any proof that FP is the only phone company in the world that is engaged in fair ressources or fair workers condition ?