Fairphone’s approach to root on the Fairphone 2

My point was not that Sony is a viable alternative (especially not in terms of mining and production), but I just wanted to stress that providing AOSP build instructions + source is not something unique that only Fairphone does.

Fairphone means fairtrade phone… it’s the only phone with that concept in my knowledge. So there’s a big difference between Samsung and iphone etc are nothing even close to fairtrade…

Well, I guess that in this thread we’ve seen that the question of what aspects of the phone are meant to be more fair in Fairphone are to be discussed: While many people are satisfied with “fair trade”, others expect / demand more openness and freedom for users as well - not only due to the “if you can’t open it you don’t own it” campaign. And this is probably where some people get frustrated when comparing reality with their expectations.

it’s the only phone with that concept in my knowledge

There is another “fair” phone: Shift5/Shift7.

NICE! I like that… has anyone any experience with it? it seems like you can have cyanogen mod on it… and actually choose the OS

Note: links related to ShiftPhone are all in German

…I’m not aware of anything in English yet.

Hi @tofra and @evidemment, before you get too excited about the ShiftPhones, there unfortunately hasn’t been very much transparency in regard to how they’re ensuring that their products are fair. They make a lot of claims, but haven’t yet backed them up with anything concrete (see this forum discussion and this commentary from an excellent blogger on the subject of fair electronics.)

Shift also announced in their new year’s post that they decided not to produce a product that they had already sold in pre-orders, which I find a bit problematic, even if they are now offering customers the newer version for the same price.

I would be very excited if their products are in fact as fair and wonderful (and cheap at the same time!) as they claim, but I’m still waiting on actual evidence for the time being.

Edit: There’s also already been a bit of a discussion about ShiftPhone here on the forum in this thread: Other phones that are fairly fair? (e.g. Shiftphone)

For all people still complaining about FP not being “fair”: The status at the moment is that there will be a supported googlefree FPOS version with a tutorial provided to root it. The original OS on the phone will not be rooted, the exlpanation was given for that. Yes, probably they could do more and probably they will. But the main complaints where met with this strategy and as far as I see the only point left over is the question about an easy root option for the original OS. I don’t remember a definite no for that one so far (a yes neither, I know). But as someone else already pointed out: To flash a new OS on a smartphone should not be considered difficult.
Sure everyone can decide for themself what to do with the phone or the order, but for the argumentation that they “lied” about the “if you cannot open it you don’t own it” … sorry I don’t see that, every possibity to open your phone as far as possible softwarewise will be given, completely supportet by the FP company.

And the same does not apply to FP2? Which functions of the FP2 can you use without the blobs?

If you were refering to my post - no I don’t see that either. They even explicitely communicated that the open source edition would will be easy to root and they kept the promise so far:

The open source version of Fairphone OS will allow more flexibility for
the user, for instance allowing him or her to root their phone while
remaining focused on a pleasant user experience that is provided by our
version of Android.

Yet, it would have been probably better in terms of communcation if they had communicated more clearly, that this open source version will not have gapps so they will not support the combination of root and gapps together.

If you were refering to my post - no I don’t see that either. They even explicitely communicated that the open source edition would will be easy to root and they kept the promise so far:

I meant noone in special. I’m just following the topic and while I understand that people were frustrated and still are about the fact that the root solution will take a while, I’m a little bit alienated that there are still some strong “FP sold their soul” posts.

And the same does not apply to FP2? Which functions of the FP2 can you use without the blobs?

Fairphone is giving you the blobs!

This was not the point - Sony is giving you the blobs as well. 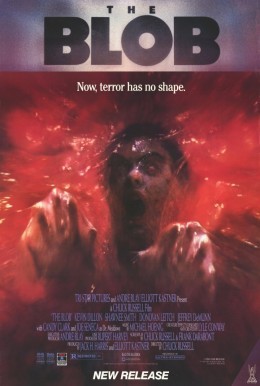 Not all, and not the one that can make your phone functionning

Not all, and not the one that can make your phone functionning

What do you mean by that? Afaik, they give you all blobs you need for making your phone functioning, except stuff like DRM, their proprietary bravia engine and some algorithms they use for post-processing the pictures taken by their cameras - nothing of that is included in FP either.

That seems to be true. From androidpolice.com:

The binaries contain all the drivers you need to make the Xperia Z5’s hardware work with Marshmallow.

Anyway, just because there is another manufacturer which also acts well doesn’t diminish the accomplishment by Fairphone: It is still far from common in the smartphone industry to release these binaries.

I have tried on my former xperia z3 compact, the camera and the modem werent working at all on the lollipop aosp rom, so , the phone was basically just a pocket console

Sorry for sounding bitter, but knowing Sony, it wouldn’t surprise me if it’s another bait-and-switch policy. They were also officially giving the ability to install Linux on some older Playstation, gained enough market share, then one day suddenly revoked that ability and locked people out of their Linux with an update. That said, I really hope their strategy has changed now, I really hope they’ll continue giving people the ability to compile their own AOSP. But I also remember telling the same to a friend when he was about to buy his Playstation, and he was thinking “things are different now”.

I don’t really know of any broken promises about the back cases, but:

It was an apology for just one single person (me). For my person the case is closed…