oh. nevermind. I just found a link with an explanation on how to solve this. It’s done by downloading a module via the xposed framework.

Do you own a fairphone and want to enable the data connection? However, in order to activate 3G data you have to activate data roaming too? Some people, including myself, are having this problem. T…

On the Fairphone 2, national roaming to E-Plus will be automatically turned on for O2 cards, without any roaming warning.

Erm… Is it a problem that this program says, its not complicable with my FP2? 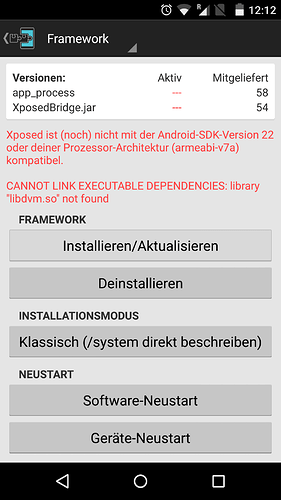 Hi there,
I live in Vienna and have the same problem with the two DREI networks.
Did you get any solution yet?
Since I am often travelling, allowing roaming is not an option either

Was the support team able to help u?

Thanks in advance
Elena

I have a new fairphone 2. I use 2 local providers here in Austria one is BOB and the other is Ge.Org. Both SIms say that the are in roaming mode, even when I have selected the mobilenet manualy. What can I do ?

I too would like to know! Also using “bob” which is a subsection oft A1.

If everything works I was able to arrange that this issue is cleared at least with bob in the next update.

I installed the new update and still face this issue.

I also tried the solution with the Xposed Framework, but it is not compatible with the FP 2 (see also post from Lobel.) As I live just on the border to germany I would be very happy to get a solution for this, it was resolved with the FP1 - now after switching to the FP2 the problem reoccurs.
Any input appreciated, cheers,

I had a long discussion with FP-support team too.I had to send all Data of my provider (Bob) and got the promise, that the national roaming problem for BOB wil be fixed within the next updates.
When I complained, that nothing has changed after several updates, I got answer from some new support-lady who obviously never had heard of this problem, and gave the advice to talk to my provider???
Maybe it is helpfull If everybody who has this problem too, starts to contact the support team again, saying that a solution has been announced half a year ago.

I have the same Problem with my Provider yesss. When will be this issue solved by Fairphone Support??

It turns out that this issue has been around in Android since 2009, and it appears to have been marked as won’t fix in upstream Android for versions < Android 7 (e.g.: later issue). I’m not sure whether bob national roaming ended up being fixed for Fairphone OS after @Subhash and @Peter reported it and whether anything changed in Android 6.
If it is/was fixed, I’d suggest letting Fairphone support know that you’re having issues, as they’re not necessarily aware that yesss is also problematic

No, bob is not fixed for FP Open OS 6. It is still wrong reporting roaming. I have resigned in spite of thinking that it is not fair to sell a phone like this.

Unfortunately each plain (stock) Android (except Nougat and above) seems to have this issue.

Fairphone would have to change that on their own in order to solve this, but I doubt they would get further permission from Google to distribute their OS afterwards.

However, there are plenty of solutions available in the net that can be applied to rooted devices…

@Subhash , I just read you are on Open OS. Maybe you would like to give Lineage OS a try.

As far as I was told, it could not be a difficult problem. There is a file listing all the sub-providers. An entry would do it. (This I was told by the FP support. It is months ago.)

I do not think that I want to reconfigure my phone so Linage OS has no good cards as far as I’m concerned.

This topic was automatically closed 174 days after the last reply. New replies are no longer allowed.