My FP2: 6 years and counting

Sadly phone seems to be getting less reliable (frequent crashes) so I’m thinking of looking for a second hand FP3+.

Two years have passed since this post and 1 year since that one (which I’d posted one day late).
This means that today my FP2 counts 5 years and the /e/OS on it more than two…

One year has passed and I’m again some days late… But my phone still runs fine after about 3 years with FPOS and 3 years more with /e/OS.

I’m late too, my FP2 was shipped on January 4th 2016.
It’s not my daily driver anymore, but still working fine, without any replacement parts, just some accessories. A spare battery is waiting to be used anyway.

My girlfriend was also in the first bunch 2015/2016 and runs the FP2 since than as daily driver.

We switched early as possible to LineageOS and are now on 18.1 , Android 11

Without the briliant support of @chrmhoffmann I doubt that this FP2 would run as it is.

1 broken SIM slot
2 broken backcover (translucent, who remembers this one

)
And 1 changed battery just this month

FP2 with /e/OS. Still my only one daily driver. Since last update SD card no more recognized. Very rarely reboot. But it still works

I kindly ask for a new badge.

I have got my FP2 in February 2016 and would like a new badge please. The FP2 is not my daily driver anymore but I use it still for listening to music and for trying things out.

My FP2 turned 6 years old, too, and would like the new badge

Thanks a lot to @chrmhoffmann for maintaining LineageOS through all the years and everyone who contributed to it!

Thanks a lot to @chrmhoffmann for maintaining LineageOS through all the years and everyone who contributed to it!

Yes, definitely!
(…and this to post at least 20 characters)

I got my pre-ordered FP2 in January -16 and I still use it. Unfortunately it has lost almost all connection to mobile network, so for phonecalls it is almost useless (Yes I have tried solving it, even changed the antenna cable). On the other hand, there is no problem using Wifi, so Whatsapp calls work fine. And everything else you normally use your phone for nowadays.
Over the years I have changed some parts, including bottom module and display module.

Got my FP2 in Feb 16 and am still happily using it! Especially due to @chrmhoffmann big help for maintaining LineageOS all these years!

I too have my FP2 running for six years now. Unfortunately, I must add. For daily use I now have an FP4, but since my carrier (Three UK, shame on you… I’ll probably leave them when my contract is up for renewal, although that’s more to do with roaming charges) doesn’t provide eSim I still have to keep the FP2 running for my secondary carrier rather than having a dual-sim solution on the FP4. But regardless the circumstances, it runs, so hand over that badge yeah!

I’ve abandoned my FP2 in February this year (as primary device). It died the “microphone not working, no replacement module available” death. My thanks also goes to @chrmhoffmann for maintaining the LOS build - without that I probably would have abandoned it sooner.

That being said, I’m quite proud of having it used for those 6 years: January 2016 to February 2022. And I’d really like to have that badge to show it

I had random reboots, too and found out (in my case) is was a problem with the contacts between battery and board. I did fix it with a piece of folded paper around the battery bottom. 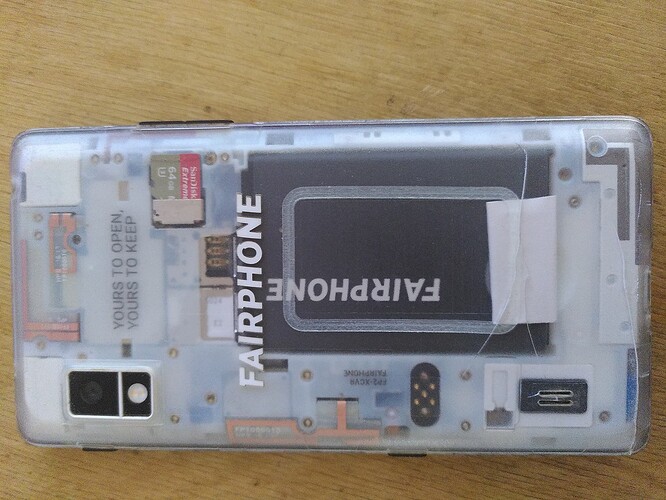 Yes. But this FP2 is only stationary at home now. Half an hour WhatsApp on it and I need the power supply again

I would probably still be using it (with a new battery) if it was powerful enough for Osmand navigation while driving. But on hot days the power supply doesn´t keep up with the power consumption because of the heat.

So, I got the FP3 and I´m still happily using it. I got it about 6 months after release (because of delivery problems) and only got the new camera module for it.
I don´t think I need the FP4, yet and intend to wait for the FP5.

I bought my FP2 in 2017 as a New Life edition.
Currently, it’s a bit sluggish and crashes often, but it’s my main driver.

The day has finally come it seems. After 6 years and a few months I’ve finally retired my FP2. Having switched carriers to one that offers eSIM meant I can start using my FP4 dual-sim like I used to with my FP2, removing the use I had for the FP2. From now on it’s demoted to a back-up as I look forward to using my FP4 for the next 6 years. So long FP2, and thanks for all the fish!

If this would not be due to a hardware fault or a specific App which can’t be dropped, it should be fixable.

At the risk of telling a bit much, but at the July Düsseldorf meetup, he said his FP2 “still” had a generous 600 MB free storage space …

(Yes, we strongly suggested to free up a lot more

just stumbled over my invoice and noticed my FP2 will turn 6 in 11 days. Its no longer my daily driver and still helps as a test device and for troubleshooting