I am also still on my first Fairphone, deliverd January 2014. One change of battery in 2016. Still working like a jiffy. I am not a heavy user of apps, but those I frequent regularly are working fine. Het, I am looking forward to the new Fairphone 3. Any news, Fairphone?

News about a potential Fairphone 3 is bundled in this thread: Fairphone 3 - Interview of Bas from FrAndroid

Yes, still using FP1 after 4 years, even with the original battery. I LOVE having a FP & being part of all this; & great to know you guys in the FP community are out there

Having some battery problems finally (not holding charge, esp if I browse internet or use Facebook), so wondering about replacing it but not sure where to go to get a new battery these days.

Am also considering upgrade to FP2, but would like to keep FP1 working anyway for ecological reasons & my son could use it.

but not sure where to go to get a new battery these days.

Maybe this is something for you:

Opening and modifying batteries is very dangerous. The battery is the most dangerous part of any phone. It has in numerous cases been linked to explosions, wounds and property damage. Just search on the internet and you’ll find them. Fairphone employees have seen with their own eyes the issues involved in the process of manufacturing batteries. The health and safety of the workers involved is very often i…

Better late than never, we now have the 4 years badge. So far 20 people have it, compared to 31 who have the 3 year badge.
I’m sure the number will still rise, but it’s already impressive that 65% of people who kept their phone for 3 years made it at least one more year.

There is a typo in the badge text: "This badge is awarded to anyone with a Fairphone 1 that is older then four years. "

I’d also make the capital P a small one. But I’m glad the title is there (would not have needed the badge). 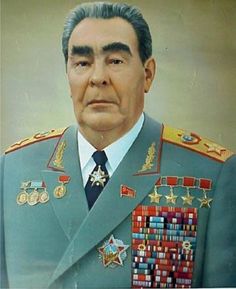 I’m sure the number will still rise, but it’s already impressive that 65% of people who kept their phone for 3 years made it at least one more year.

You do realize, that the number of 31 badges is in no way reflecting the real number of Fairphone 1 out there still in use (even on a daily basis).
So calculating a percentage to me seems a bit weird.
:duck_und_wech: (:duck_down_and_gone:)

No I assumed all FP1 users are active on the forum and collected all the badges they deserved.

Of course I know it’s just a small sample, but there have been many studies in history with a smaller sample.

By the way, my FP1 will celebrate its 4.5th birthday at Wacken Open Air on sunday (ok, the festival will over by then, but anyway)

Oh, and while I just missed the fourth birthday (23 July) of mine, I actually gave it some new life the other day by finally installing a somewhat modern messenger (Telegram).

I’d like to keep it until the new FP3. Any news about it?

This is a question for other topics. Just search this tag: #fp3

So, I made it to 4 years and almost 10 months. I officially retired my FP1 this week. It has been a sturdy, if increasingly geriatric-feeling companion, and still looks almost perfect (and I will probably sell it for spare parts if anyone’s interested). The problem is, the battery performance became unreliable about a year ago, and fitting it with a replacement battery last spring sadly didn’t make all that much difference. It seems like it could be a hardware issue? Basically, both with the old FP battery as well as the replacement one, the window of actual useability would be between 100 and 75% full - any lower than that, the reading would just drop like a rock until complete emptiness. For the past year, I’ve been getting maybe 1 hour of data usage between chargings, and it became annoying even though I’d say my demands are fairly minimal. I got used to my phone just shutting down during my fairly short commute home while not doing anything more intense than scrolling through Twitter. And that’s considering I only keep data or wifi on whilst actually using them, keep GPS off (using Maps also tended to drain the battery within minutes), don’t usually play music or watch videos, etc. Also, the charging time became unpredictable - sometimes it would go from empty to 100% in an hour, and next time, having left it to charge overnight, it would still not be full in the morning.

No regrets. I wish FP well and will keep an eye on any future releases.

woah cool! Never heard of that before, thanks. Wish I’d known before the port broke xD

Yes, I highly recommend a magnetic USB cable. In case you haven’t seen it, also have a look at this topic: ✏ Fairphone 1 battery specs and facts

Ps: At some point (before you get crazy) you should consider selling/donating your working FP1 parts (working screen???) and buy a FP2. It sells at 399€ now and it’s definitely better than buying unfair stuff to keep your Fairphone 1 alive.