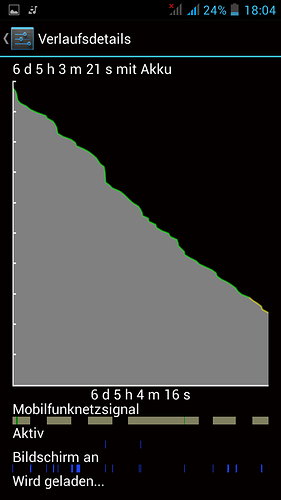 A post was split to a new topic: My FP1: Six years and counting! | Who is still using their FP1?

Not so sure! It starts with Android 9.
Downgrading to Android 4.4 might be complicated as well.

A post was merged into an existing topic: My FP1: Six years and counting! | Who is still using their FP1?

Not sure if this is allowed for this tread:
I used my FP1 for 5.5 years. Do I (or actually does Fairphone) deserve a badge

???
My FP1 is still working, but the OS didn’t support the banking app (that became obligatory in 2019), so I got a refurbished FP2. Keeping my FP1 as a backup (keeping in mind Fairphone’s over-occupied support desk).

I moved your post here as the other one was about the FP2.
Of course you deserve a badge! Granted

Thanks Alex21, for all your work here and for the badge … wow, it makes me feel a little proud. I got my FP1 in january 2014 and moved my sim card to FP 2 in June 2019. FP1 served another couple of weeks when FP2 needed a new core module.
Especially proud of Fairphone of course. May the company thrive, despite the bumpy ride. And may it manage to keep FP2 up and running for a long time to come. I’m going for the FP2 - 5 year badge now: 3.5 more years to go.

Successor is a FP2 that I have in use since October 2017. It had multiple defects - a dead display and two dead camera modules. But currently it works OK.

In 2019 I revitalized my FP1, updated to Android 4.4.4, as Wifi SIP phone at home. It replaced my old DECT phone. Magically, after some months of operation, the FP1 suddenly charged again in power on state, not only powered off.

Recently I updated my FP2 to /e/OS, Android 9, via TRWP 3.3.1 and adb sideload. That was pretty easy and everything seems work out of the box. It is impressive that /e/OS is quite user-friendly even without Google services. It has good apps for mail and browsing and maps out of the box, including location services. The /e/ appstore not only has open source apps, but popular apps from the play store.

My FP1 is still working, but the OS didn’t support the banking app (that became obligatory in 2019)

I refused any banking app so far in France. What became mandatory for me was the code (sent by SMS) to copy to login or validate operations.

Out of 4 banks in France banking apps are not mandatory.

And could you upgrade Android 4. in FP1??

I have a FP1U from a friend. But I don’t use it for phonig just like a internet device when I a find some wifi.
As Androit is to old it doesn’t work for lots of apps (telegram, signal…)

Yes it worked - I followed the description mentioned here in this thread.