[LineageOS] How can I change icon set in Trebuchet?

I downloaded ICEcons iconpack, but I can’t seem to find how I can install it.

Neither the Trebuchet, nor the system settings say something about theming…

Can’t find it either.
Also ICEcons are supposed to include 4k wallpapers which are not available in the wallpaper picker.

The icons are definitely there though. I only use two of them combined with PowerToggles where they are available: 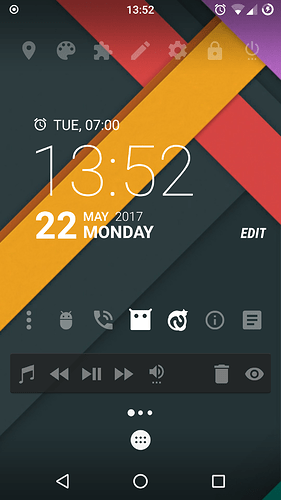 Wondering the same thing.
I remember CM12 had theme app where you could easily change themes, but I dont see it here.

Sorry, but changing icon sets is only possible if you

Apparently that’s not true. According to the repo entry for ICEcons, it supports

I can set custom icons in KISS and I don’t have any theming app installed (I’m running #kitkat on my FP1.)