Which is why i suggested a blockchain or even git for localized backups on other devices, pc, laptop, nas etc. So you dont need the cloud with trust issues.

Which is why i suggested a blockchain

Why would you want to use a blockchain to sync userdata?

Distributed hash tables (DHT) used by e.g. syncthing (or BitTorrent), sure, but a blockchain is complete overkill in this scenario.

Not everything has to be “solved” by using “crypto”…

I suggest you read the docs on how Brave Sync actually works, specifially:

Maybe have a look at the repo while you’re at it.

Spoiler Alert: There is no blockchain involved.
Don’t take my word for it, here’s what Brave support had to say about it on reddit (regarding v1 but still valid):

no, Sync data is not synced to a blockchain

Oh and since you don’t want to trust a cloud, this tidbit from the FAQ might be interesting as well:

Just use syncthing for your data and be done with it. There’s actually no cloud server involved that holds your data, only discovery servers that tell your devices where to find each other.

Sorry, haven’t gotten any notification.
My full ungoogled LeOS-S ( Android12 ) runs on various FP3 (+) and FP4 without problems.
One has a BT problem, but that is more likely due to the BT device.

Good support and more info’s are on Telegram: Contact @LeOS_Support

LeOS is much faster, it’s? Android 12 and allways actual security patches. You can decide which apps you want install, because on LeOS only 4 apps are preinstalled. In Wiki we have a linux script for installing essential apps, incl. several LeOS apps.
And sure, eOS acount user are able to sync data, contacts, appointments with ecloud on LeOS.
So no reason to stay on ‘old’ Android version

By the way, LeOS has a great Launcher with a lot of customizing options, you can place widget where ever you want and widget could overlapping… … and what can you do on eOS Bliss Launcher? ?? 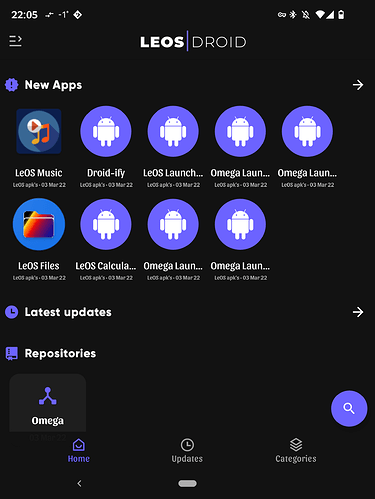 and what can you do on eOS Bliss Launcher? ??

Nothing. At least nothing meaningful

By the way, LeOS has a great Launcher

Based on what? Or self developed?

Based on great Omega, but full degoogled. Omega has a lot google stuff included

May we have the link or QR code?

Yes, sure. But as,I have written, in the moment only some apps are uploaded.
This is the Omega Repo. I’m on the way the create my really own. I hope it will be ready til March LeOS-S release on Wednesday. Then I will post also that QR. 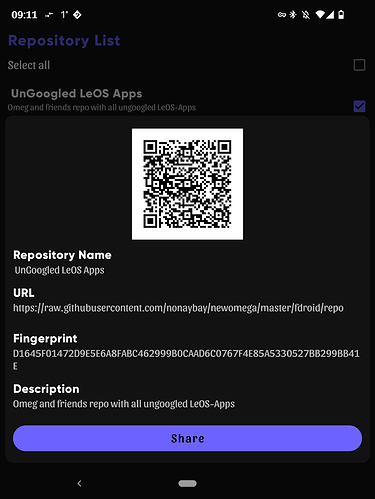 Ok, my f-droid repo is finished and online. Enjoy 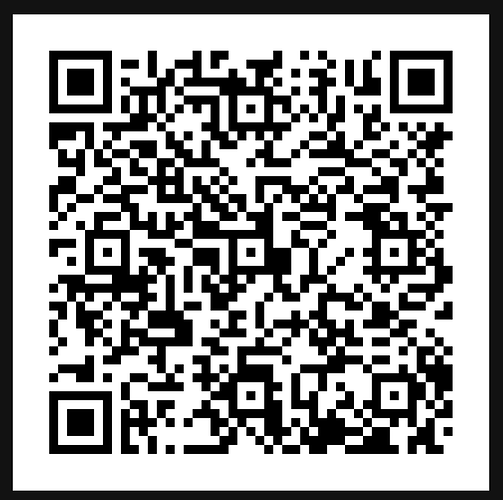 Thanks a lot! I installed leOS and all seems ok. Only OpenCamera cannot switch to wide-angle. And: Can I change the font of the launcher? This is to barock for me.

in Setting/phh treble settings/Misc you will find 2 option for Camera. Activate and reboot and OpenCamera should show you a small camera icon with a plus on top. With this button you can change the Lenses

Thanks, will try another time. I sadly corrupted my installation by installing Magisk. After flashing and reboot I got a bootloop. Any ideas?

Flash the OS again and/or do a factory reset (if you’ve a working backup or not configured a lot yet).

I tried factory reset via recovery, didn’t work. So i flashed OS again. Thanks!

Sorry, I’m late. If you really need Magisk, you should flash the bvN version.
If you use the bvS version you have to run securize. That will remove all root stuff like phh su. But some device getting bootloop after running securize. That’s why the bvN version is the better choice

Based on great Omega, but full degoogled. Omega has a lot google stuff included

harvey, can you tell me what you have exactly degoolaged in your fork?

I have it running right now, but obviously nothing is visible at first sight…

Hi, the Omega Launcher has google feed reader and google voice assistant and google search and some google code inside. And as far as I remember it has some google tracker. I have removed all this.
Sorry, but it’s long time ago and I can’t remember in detail, because I have modded a lot of other apps in the meantime.

I want to quickly share a short experience report about LeOS:

I have meanwhile installed the LeOS-S over my iodé on my FP4.
First of all, LeOS runs fast, reliable and without serious bugs. Basically bug-free. What there is to complain about are no bugs, rather wishes for the ROM itself.

About the ROM:
The ROM comes quite bare. Only a few apps are installed. There is no installation routine. Everything has to be done manually, but that has its advantages. An f-droid store is implemented, which contains the regular f-droid repos as well as LeOS’ own repos. Fits everything.
microG is pre-installed, but needs to be set up ready. That, too, without any problems.
In the end, a few PHH Treble settings should be made. No problems here either.
Everything is documented in the LeOS Wiki.
After that, you have a completely de-googled Android 12 GSI ROM running with only the most important apps.
After that, you can set it up the way you want.
There are many LeOS own apps (forks wohlbekantter) or you take what you like.
The ROM is available as a non-rooted or rooted version. There, too, you are free to choose.

About the camera:
I use gcam ports on the ROM.
Through the stock kernel in the GSI images and the PHH Treble mods, the wide angle lens of the FP is fully usable!

About the battery:
Great. A super battery life. @harvey186 has put a lot of work into it. Also by no longer calling home the Android.
Among other things, the best battery life I could determine so far on all ROMs.

Conclusion:
LeOS is a mature and completely de-googled GSI ROM, which is always worth a look.

About the hardware and support:
Harvey always has an open ear in his Telegram group and addresses all questions and concerns. A big respect for the time that goes into this.
He also tries to find a solution directly.
I myself had two concerns and I was directly built a new ROM for testing.
One of the things flowed now also directly into the LeOS–S trunk.
In addition, I now also have my own MyCloud app