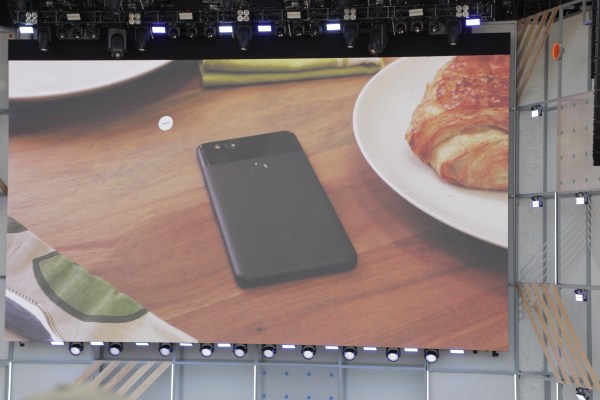 There was plenty of talk about Android P at today’s big I/O kickoff — but when can you actually download the thing? Right now, as a matter of fact, if you’ve got one of a handful of compatible handsets. You can find the upgrade here, if you dare. ...

This fits best here for now. If a discussion evolves, we can move it back or start a new toipc. 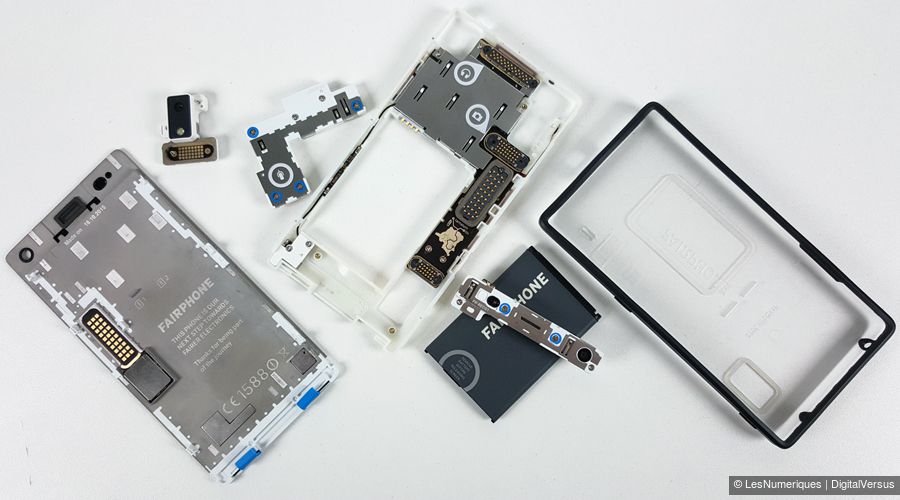 Here is an article explaining how Fairphone managed to upgrade to Android 7.1. As far as I understood, they didn’t have help from Qualcomm, and did it all by themselves, quite similarly to what developers did with LineageOS.
The end of the article is a bit more interesting, we learn that they are thinking of writing codes for Android 8.0, but that will be difficult (as we already were told). They also state that they focus on FP2 at the moment, and that an FP3 is not for the near future. If they happen to release one, they will continue to maintain previous models.

Reading through the feature list I cannot get rid of the strong impression that most modifications are related to eye candy. Which often is the major reason for me to skip successors or even turn away.
Reading further on references 3. also lists up some technical features, but nothing I have missed so far.
I could only read little about core security advancements etc.
And when matching customer complaints about existing Android versions and their expectations on advancements and what´s now delivered here, I cannot recall having heard loud voices about:

and more crap not to be mentioned.

As it turns out many users always wanting to have the latest Android version at hand seems to believe this automatically delivers the highest possible security and usability factor. Reality is often neglected.
Windows users should know by now, many Android users still need some time for gathering more experience clearing their vision.
How many could state to know a non-FP user having a newer Android version and receiving regular security updates on a per month basis as FP manages to do since the launch, even after the warranty period?
If wanting to have the highest security level actually regular security updates or patches on a short term basis are required. Even M$ has learned this simple lesson and does as good as it can (wants).
Holding a more advanced handset with newer Android version but receiving security updates only (for premium models) every few months is to make it clear in concerns of security ridiculous.
Let alone that many manufacturers don´t even put energy into regular security updates but rather pretend to do so giving the customers a wrong impression of holding a secure device in hand.
So any Android user out there having the need of using banking, email and other apps for sensitive issues should use his common sense and consider what´s the better way.
I know for myself, if ever having the very urgent need starting such sensitive things on my mobile, real regular security updates on a short term basis for a not state-of-the-art Android would rather convince me using such a handset instead of having the latest Android version which may have seen the last security update some months ago.

Am I spotting a new, coloured rim in Lina’s hand there? 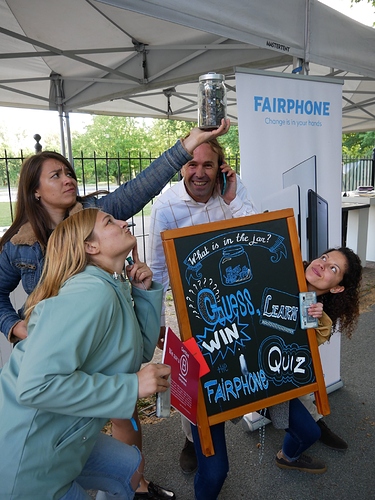 The CEOs of FairLötet (fair tin-solder) and nagerIT (fair computer mouse) plus Len Abe (labour rights activist from Shenzhen, China) are doing some events under the banner of “Inside China’s IT Factories: the Struggle for Human and Workers’ Rights”.

Very good to see that such things are also gaining more interest and priority from the inside.
Nevertheless reading this paragraph somehow sounded to me as if they were talking about German work conditions.

That´s what we have to face as well.
One of my longest work days had 21 hours not being an emergency case but the result of someone not feeling like doing his homework as a business manager properly.

People abroad could think - what Germany
Yes, simple rule here. Keep the job for a (family) living and to pay off depths for a house, car etc. or be replaced by someone else needing the pocket money and job more urgent. And there is always someone else waiting in need of a job…
I keep it slightly different though…

PS. Again we are leading within the EU with these numbers…should I consider this as rather positive or not…

3 posts were split to a new topic: Gigaset producing a 179€ smartphone in Germany

A post was merged into an existing topic: Gigaset producing a 179€ smartphone in Germany

Slide 6 of the general Fairphone presentation put together for the FairSwap events originally included an erroneous number of 260000. This was later (September 2017) corrected to a vague 135000.

Ah, thanks, so 160.000 Fairphones is the correct number. That way, I can continue to put it into relation to the production capacity of iPhones per day (according to some article is 500.000) whenever there is a discussion about the impact some people expect Fairphone to have on the smartphone industry

Nice! Congratulations on the success, more to come in the future

Durability-wise, iPhones are solid. I mean, no, you cannot replace the hardware yourself as easily, but iOS supports all 64 bit processors used recently. Also, some people want or like iOS. If you look at the iPhone performance though, the most expensive models are tough to beat.

Fairphone’s competition lies in Android; that is where it can improve. And if you look at HMD (Nokia) reborn popularity they also have that in their formula. Midrange smartphones with good battery life and sustainable lifetime are a goldmine because they meet market demand (including the geeksphere), and create brand recognition.

There is so much differentiation that the Dutch website Tweakers today released a best buy guide for smartphones with 5 categories (“without taking price into account”, “best bang for the buck”, “best camera”, “small smartphones”, and “longest battery uptime”. [1]

Regardless if we agree with the outcome, it just goes to show how many different use cases and values users have. And they didn’t even discuss certain niches such as firmware support or sturdy phones. Which can be pretty cheap [2] (akin to CAT60 but w/o the thermal camera).

I was reading through this week’s “This Week in F-Droid” (TWIF #28) and found an interesting read.

Mats Sjöberg writes in his blog about his experience simplifying his digital life. He emphasizes the low-level stress that today’s technology bring along, the value of personal free time and express a concern about mass surveillance. If you are curious how he lives without Google and embraces open source technologies in his Fairphone 2 running Fairphone Open and the F-Droid app store, go give it a read:

Edit: Oh! I just discovered he has an account here in the forum, so… thank you for sharing your experience, @sazius!

I couldn´t find any serious date of issue for this short article. 2015 no one could even think of anything after FP2.
Anyway I think it´s nonsense.

It’s just a sarcastic user comment left on a 2015 article on Heise - this site has all the comments users leave on their article as individual pages. Not that there’s always much difference these days between journalist-written articles and user-spewed comments…