Interesting concept, I suppose a large e-waste footprint though. 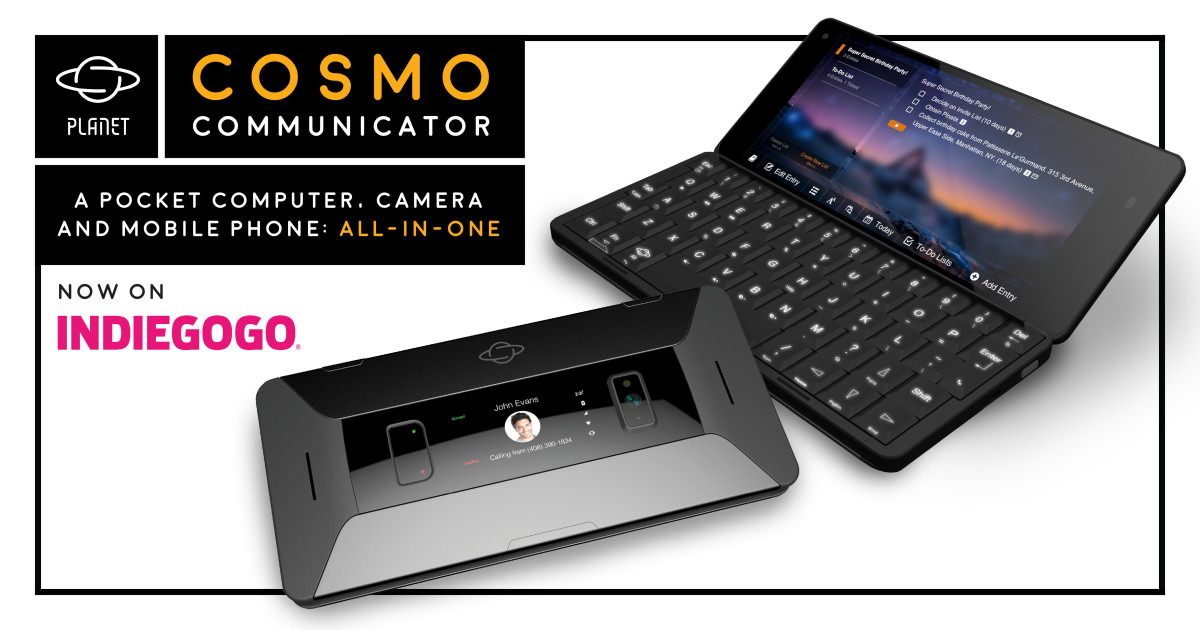 The ultimate mobile communicator - a pocket computer, mobile phone and camera - all in one! | Check out 'Cosmo Communicator' on Indiegogo.

Planet Computers (who made the Gemini PDA) are planning to make a Nokia Communicator clone. Sadly not a fair project, nor modular, but it is a small mobile device with a physical keyboard (and some decent features such as USB-C, NFC, decent camera, …) running Android/Debian/Sailfish out of the box.

There is already a YouTube video about such a device.

Unfortunately, the Bloomberg article focuses only on the financial benefits and less reliance on DR Congo (instead of improving working conditions and added value there).

What a crappy design let alone the stupid idea of selling e-waste in this careless way. I am having feelings to sue the company producing those items.

There is a rechargeable battery implemented but wasted for only once providing its limited energy (~600mAh). No second thought wasted on eventually investing a few more cents for protection circuitry and maybe an adapter µUSB male -> µUSB male to recharge it for further use. There would not be much more to change.
This in 2018 and in Europe, I am ashamed

I would had rather expected such an encounter in a third world country.

“Withstand going through a postal service”

Yes, but being several times rechargeable by the customer and THEN recycled would be the more ecological way imo.

Power banks with only ~600mAh obviously are not that bulky as we can see here, so what a poor argument.
Btw. I would rather have a cable with plug instead of a broken µUSB port.

For me it’s hard to believe their business model is based on such processes.
I would not touch one of their products of this kind.

Thanks for this imo very negative example, as we all can witness again here - many companies these days still don’t care about their impact as long as the cash flow is satisfactory.

Has anyone ever heard of “Alphonso”?

By random on our German national radio station DLF I heard of an Android (Apps) background monitoring service called Alphonso.

A short search on the net brought me here.

I always expected something worse going on in the background as not all network traffic is purely going directly to Google. Now I know for sure that having too much trust in such devices running stock Android (IOS) is a bad idea.
Seems like every smartphone owner is potentially keeping an Alexa sniffing device.

Interesting article on The Hidden Costs of Cobalt Mining from the journal nature sustainability.

Sad conclusion of this research project:
“So, unfortunately, sustainable cobaltmining in the DRC is still a utopia.”

Completely off topic:
Interesting to find those two articles in this journal within a few weeks, that seem to be a bit contradictory to each other:

Have not read those either.