This is a space to share interesting links with other users. There should be some connection to Fairphone.

If you want others to click them, make sure to also describe them properly!

This is the English-only version of the deprecated multi-language topic started by @Vinni.

In the #interestingarticles tag you’ll find collections in other languages like Spanish and German.

Playing for Team Human today is Bas van Abel. Bas is the founder of Fairphone, which began with the radical idea that technology should be built without exploiting human laborers and destroying the pl

Playing for Team Human today is Bas van Abel. Bas is the founder of Fairphone, which began with the radical idea that technology should be built without exploiting human laborers and destroying the planet. Van Abel’s experiment of building a “fair” phone has taken him around the world to witness first-hand the lives made invisible in the digital supply chain. Bas and Douglas talk about how putting people first requires both a redesign of economic systems and a reshaping of our individual perspectives as consumers in an age of hyper-materialism.
On today’s opening monologue, Rushkoff on his weekend viewing of the Broadway sensation Hamilton and the tension between retreating into fantasy versus committing to fix our reality.

About the host Douglas Rushkoff:

Author, media theorist, and professor Douglas Rushkoff has contributed a number of pages to the team playbook. His many books including Program or Be Programed, Present Shock, and Throwing Rocks at the Google Bus all look deep into the question of reprogramming society to better serve humans. With each episode of Team Human, Rushkoff grapples with complex issues of agency, social justice, and all those quirky non-binary corners of life in a highly approachable and engaging podcast.

“A guide to anticipating the future impact of today’s technology. Or: how not to regret the things you will build”

I believe it is important that we standardise on these so-called risk zones.

I’m 17 years old and I’m French. I’m a student in high school and with my friends we worked on Fairphone. We showed it was totally environmentally friendly at the expense of Apple.
We presented it by a video, where we had animated drawings, with a voiceover in French.
But, there are subtitles in English and I invite you to correct me if some understands French.

Please check the video and if you enjoy it, leave a like

Sorry for my English

How out of date are Android devices? by Dan Luu. From Nov 2017 but still relevant.

In “Google Data Collection,” Douglas C. Schmidt, Professor of Computer Science at Vanderbilt University, catalogs how much data Google is collecting about consumers and their most personal habits across all of its products and how that data is being tied together.

The key findings include:

While the public has been focused on the ongoing Facebook and Cambridge Analytica scandal, Google has largely avoided public scrutiny about its data collection practices. This research exposes how much data Google is collecting about consumers and...

Now where are you from? You look far too young to know about all of this…

A dormant, stationary Android phone (with the Chrome browser active in the background) communicated location information to Google 340 times during a 24-hour period

A lot of this could be stopped and avoided by switching to another browser disabling chrome (if possible) or install a firewall to even block a lot more (background) traffic.
I think the majority of Android users don’t put much priority on this data leech issue by Google and 3rd party apps. They think a state-of-the-art Android version solves most security problems.
Despite of all this Edward Snowden fuss many users are still not sensitive enough. I believe Whatsapp is the first app being installed before any other on the majority of (new) Android devices.

Anyway a very good finding. Thanks for this.

About Google data collection, my parents taught me that

Android solves a lot of security problems, to be fair. Its just a privacy hog for Google and potentially for the US government 3 letter organisations plus you lose some control. But the lack of having root is a plus for many users akin to how capability-based security is a plus for users but hard to implement because they’ll just click on “yes” the whole time. Symbian was a capability-based OS from the ground up, btw.

I use Firefox instead of Chrome on my mobile phone (and I am trying to switch away from Chrome on my desktops). Its great, ever since Quantum especially, however all these Electron apps and apps on phone still use a headless embedded version of… Chrome. So from a security PoV you got an attack surface of two browser engines.

Btw, for a headless version of Firefox for the terminal, check out https://brow.sh

“Welcome to the European observatory on Algorithmic Sovereignty. This is a collective place of documentation gathering research, developments, events and projects related to the topic. […]” The first summit was yesterday.

A Dyne.org initiative about research, practices, people and events dedicated to understand how an algorithm can be governed by its own participants.

Yes, but some information is false already such as the release date which is not 2017 but 2015.

“Due to the fact that we lack a lot of company specific data such as Fairphone’s CO2 footprint.”

I do believe this is rather a matter of not having properly investigated on these missing pieces of information. Fairphone does offer quite a lot of valuable information on their product (and business goals/actions) (often much more than conventional manufacturers do, so I am a bit surprised that there is much more of such data in the database from the others).
Even Greenpeace found more information, how did they do it? I think the lack is not on the FP side.

I moved this post here because it looks more like a link than a discussion. If a discussion evolves, we can still move it back to its own topic.

While you are right, of course, one has to acknowledge, that this is a really heavy task to start with, not to mention keeping it up-to-date. Much more so, as they seem to be a young enthusiastic team doing it in their spare time (while studying?).

Maybe this community could help them updating their infos.

Yes, I fully agree with your point. Nevertheless I tend to say it should be an even more easy task to gather information about Fairphone than about most other smartphones/companies out there.
Already having a database with data of many other phones building up a score gets me to wonder how come specifically some is missing for FP.

Maybe they were on the FP HP but did not use the search function too extensively.

Yes, of course. I have sent a message to the team with more information
on where to find more details and how easy it is to gather them for the FP2.

Blloc is a plain, minimalistic and effective smartphone. An efficent affordable hardware that is built to respect your time and be the perfect communication and productivity tool that you can rely on every day.

Nice idea, but I could not read anything about a non-fixed installed (replaceable) accumulator.
If so it already would be out of the race for me, even if it could fly or dive.

I don’t know this word.

IMO the concept is refreshing (like Lightphone with e-ink) but the hardware isn’t, and it has less progressive tentacles than Fairphone.

I did not post it as a suggestion to buy (am no salesman). Good concepts can be inspiring

@Patrick1 meant battery. We call it “Akku” in German because it accumulates energy.

Fairphone is mentioned here as well 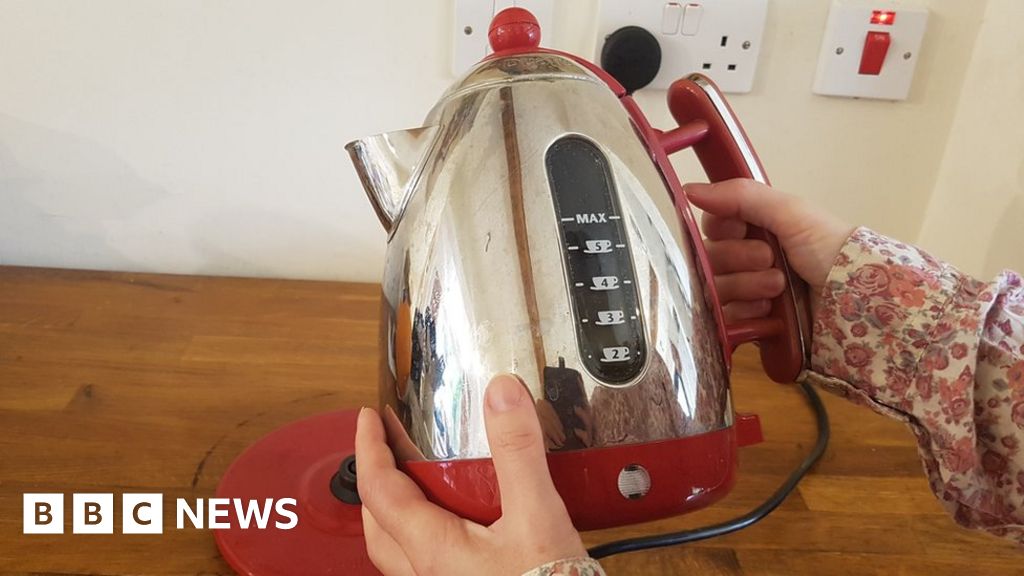 What should I do with my broken kettle?

Our household appliances could have much longer lives if they were designed to be easily repaired.

Not a link, but a photo. Found at a Viennese train station, inside a soft drink vending machine: 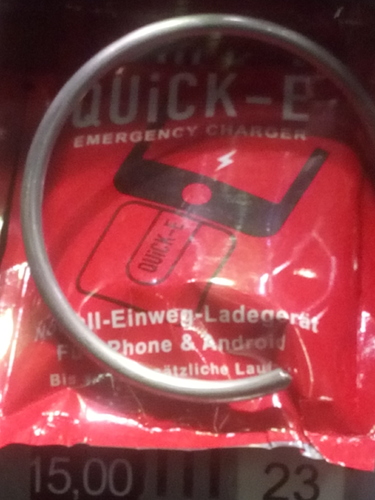