Inconsistent prices (probably VAT sometimes included, sometimes not) are back (or still here?)

I observed a problem similar to the one discussed in [Resolved] Some FP2s are listed as €437.50 while the actual price is still €525

But instead of depending on the back cover color, it seems to sometimes change when changing the language on the shop.fairphone.com site. Here a screenshot with the too low price (probably missing the VAT): 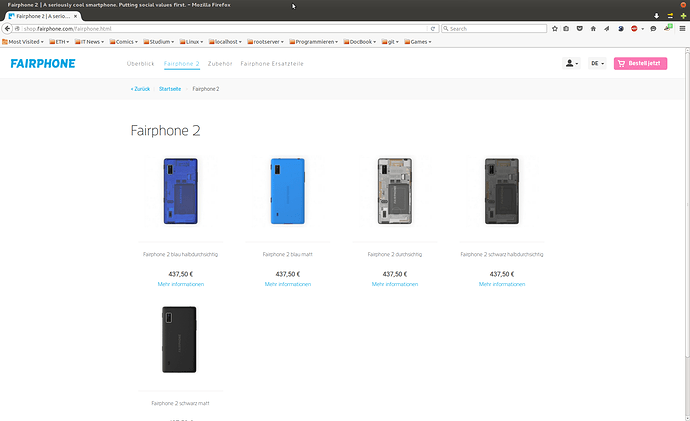 The product detail pages claim tax is included in this lower price: 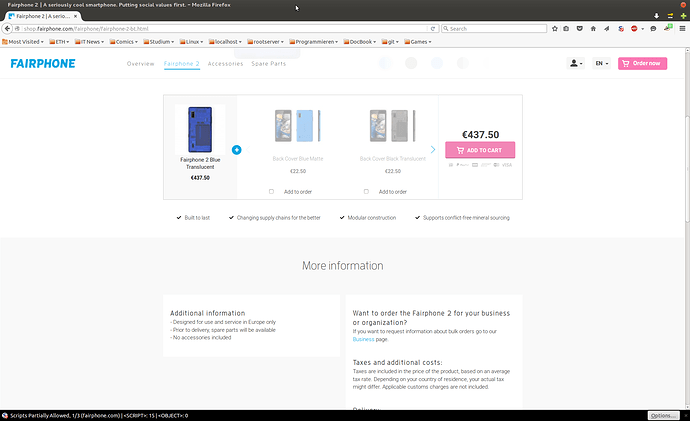 so does the cart, when I add one of the phones: 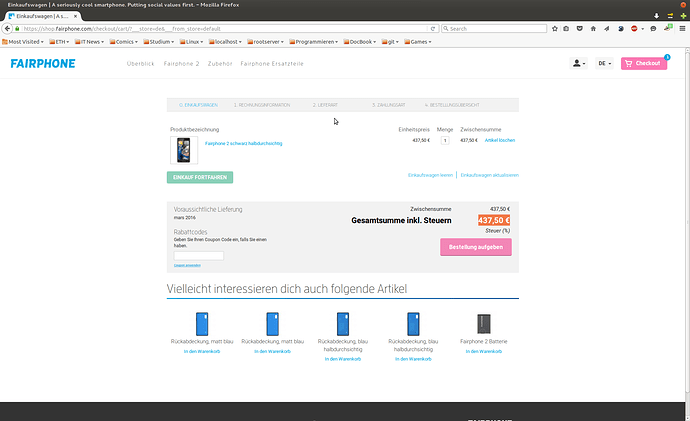 In case it matters:

While making the screenshots above I noticed another issue: When trying to change the language on shop.fairphone.com with the menu on the top right, it more often than not has no effect and the site remains the the previously chosen language. (But sometimes it actually switches the shop site language to the newly chosen one.)

A post was split to a new topic: What is the #bugslist tag for?

That has something to do with the VAT. €5252 is the price for the phone if you order it in the Netherlands. It includes the price of the phone and the VAT for Netherlands, which is around 19%, I guess. If you order phone in Switzerland, you don’t have to pay the VAT in Netherlands, but in Switzerland, so these 19% are substracted from the price.
If you’re logged in, the system recognizes you as Swiss and displays the price without the Dutch VAT. As soon as you’re logged out, you see the price including the Dutch VAT.

However it’s indeed an error that it says “inkl. Steuern” (including taxes), at least when ordering in Switzerland. Here the problem is, that we are not in the EU. In the EU the VAT System somehow belongs together and the VAT can be cleared directly by Fairphone. To Switzerland on the other side, it has to be exported and we have to pay the 8% VAT afterwards. In another discussion you mentioned, that you got a bill from DPD after the shippment. That’s, amongst others, the VAT for Switzerland.

So the comment “including taxes” is correct for all countries in the EU. I guess Fairphone simply forgot to change that for orders outside the EU.

Yep, with some further experimentation, I can confirm this.

However, I’m pretty sure that I’ve shortly seen the higher price (including Dutch VAT) even after logging in. Maybe that was a browser-side caching issue, then? I did view the site in logged out mode before that.

Thanks, I’m forwarding it to our shop manager! fyi @paulakreuzer