How to bring my FP1 back to life? (Power button stuck)

Dear Fairphone and Fairphone users,
My FP1 (first batch) seems to have crashed since last Wednesday. While sending a Whatsapp message, it suddenly turned to a blue screen. I have not succeeded to turn it on or even perform a hard reset ever since. After pushing the on/off button and volume up button for 10 seconds, the green robot saying ‘no command’ appears. After that, nothing works. Pushing on/off again or pushing volume down button does not work. (So, I don’t get a ‘menu’ to choose from.) After a minute or so, the screen starts flickering blue again. The problem is not with the battery (it is not bloated - my previous battery was, but that one got replaced less than a year ago) because after charging the phone, there is ‘some life’ in it, given that the blue screen is there again, alternating with a black screen, until the battery is low again. Is it possible that my phone is just ‘old’ and the motherboard crashed? What can I still try to bring my phone back to life? Thank you very much.

Can you get to Testing Mode? If yes, do a full test, take a photo of your screen afterwards and post it here.

Dear Stefan,
No, unfortunately I cannot get to Testing Mode. If I push the on/off button and the volume down button together for 10 seconds after charging the battery (and with all cables removed) as described in the Testing Mode manual, nothing happens… The blue screen is all I see. What else could I try?

You have to power off your phone before attempting to enter testing mode.

I cannot power off my phone anymore… Pushing the on/off button gives no result whatsoever.

This is what happens after charging my phone:

It is impossible to power it off during or after charging it.

Take the battery out and put it back in. What happens?

When I take the battery out, of course the flashing stops.
When I put it back in 20 seconds later, the flashing starts again (without pushing the power button).

OK, this was the information I needed! Look at this topic:

Hi Everyone. I got a FP1 and my bower button does not work anmore. I've had a look inside to get rid of the dust that bight have blocked the button. That wasn't the problem. Is there any possibility to turn on the phone without the power button. Do I have to buy a new mother board? Is it possible to change only the power button and solder it on the old mother board? thanx to everyone in advance

Almost always this is the case if the FP starts by itself.

Dear Stefan,
Thank you very much.
Do I understand it rightly, then, that replacing the power button by a new one would solve the entire problem?
All best,
Ruth

I can’t guarantee you that. A first step would be to open your phone using the iFixit guides and clean out any dust around the power button. Also look for weak soldering points and other damages. 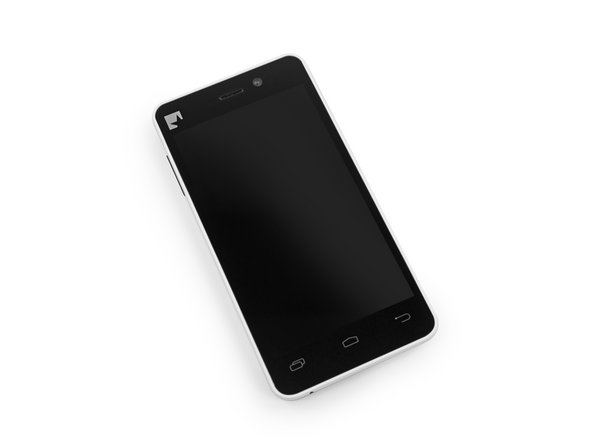 Smartphone made by the social enterprise with the same name. A first step to making fairer alternatives for phones. Released December 2013.

In case that doesn’t help, have a repair shop inspect the problem and ask if they could do the soldering. (We have a list of repair shops with prices.)

Thank you! I’ll try that tonight.
PS: the link with some follow-up reads doesn’t seem to work.

I updated the link. Let us know how it goes!

Still a question before disassembling my Fairphone…
Given that pushing the power button and the volume up button for 10 seconds results in the ‘No command’ screen, the power button doés seem to be working, no…?
So would it still be another problem?
Thank you!

To find out, if the power button is stuck, only push the volume button and do not push the power button. If my theory is right, there is a possibility that the FP still goes into #dic:recoverymode . (You have to be quick however after putting in the battery, since the buttons ought to be pushed simultaneously.)

Yes, your theory is right: I was able to enter recovery mode by only pushing the volume up button. Disassembling planned for tonight

NOTE: IF YOU STILL HAVE WARRANTY ON YOUR PHONE, YOU PROBABLY SHOULDN’T DO THIS, AS IT MOST CERTAINLY WILL VOID THE WARRANTY.

I had a Fairphone 1 with a stuck power button. Cleaning it didn’t help, so I choose to remove the button by prying it off (just disassemble and pry it off, it comes off easily, just be careful not to damage anything else). The phone can be used without the power button, but it is of course smartest to have the button replaced. Here’s how you can use it without a power button:

Step 1: boot
Bootup method 1: Use a small screwdriver or similar (I used a 2.5mm A/V-plug) and just place it in the hole where the power button used to be. The trick is to make close the circuit the power button used to close when you pushed it down. This can be a little tricky, because you have to hold it in place long enough to register as a hold and not just a push. Fortunately you will seldom need to boot your phone, if you charge it often enough.
Bootup method 2: If you’ve been unsuccessful with method 1, try this instead. Hold down both volume buttons, insert a usb-cable as you do when you want to charge it, hold down the home button. If you did this correctly, the recovery screen will appear. Navigate down to restart. Now you need to push the power button, so use the trick from method 1 (put a screwdriver in the hole and try to close the circuit).

Step 2: Turn on screen
Get an app: Now you should have booted up the phone, but there’s a problem. The screen will turn off once in awhile and you need to turn it on by pushing the power button. You can circumvent this problem by installing an app, search play store for “Volume power button” and you will get alot of suggestions for apps that can wake your phone by pressing a volume button. To manually put turn off the screen the app (atleast the one I’m using) can add that option to the notification bar.

This is great if you want to save some photos or if you really need the phone to work.
Hope this helps someone!