How do I replace a module/the screen?

I just used my nails; gently use them to spread the front from the back

I would not recommend using nails, other body parts or any other valuable things (like credit cards) for something like this.
Guitar picks are perfect as they are blunt and cheap.

Guitar picks are perfect as they are blunt and cheap.

But generally not around if you do not play guitar

(and don’t want to go all the way to town just to open your FP). Agree on valuable objects, but it doesn’t really require any force, so anything that is thin, firm and not sharp should do. If you have a guitar pick, by all means use that.

Here were photos, which are now in the first post.
Spielmops

I had the same problem for months, nothing was moving at all and I tried many times for a while each time. As I didn’t have a good reason (except for curiosity) to open I gave up.

It took me a couple of seconds with the credit card size trick!

Guitar pick works for me too!

Hi there!
I just recieved a new camera module and so i wanted to open my phone the first time. But after opening the blue clips, the screen just does not move. I have no idea how to do that. It is hard to get grip on the screen. It looks so easy in the tutorials. I also heard about the support’s recommendation to “massage” the phone. I rubbed my phone between my hands for 10 minutes but nothing happend. I was afraid I break something… Do you have an idea?

Easy tool (sorry, one more needed besides the philips #0 screwdriver) to help with disassembly of screen from fp2: a beer mat.
So: wall - beer mat - phone, when blue clips have been moved inward, push the phone towards the wall, beer mat holds the screen easily. 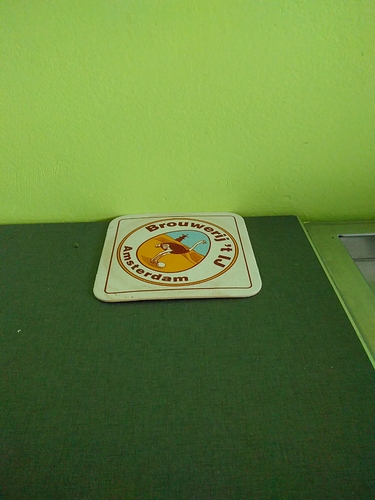 Well there are probably a million things you can use instead of the SD card, but it’s still the same as the original trick by Spielmops.

Thanks, I just could not get the display off until I tried it with your self-made wall system!

I can’t move it a millimetre - it feels like it’s glued in place.

Use something like a guitar pick to push into the crack between the display module and the main body.
Move this several times all the way around the phone.
Move a guitar pick a little to widen the crack in order to loosen the grip of the plastic studs. Make sure not to move too far so as not to break the studs

I don’t have a guitar pick and I have no way of accessing one before I go on holiday.

Perhaps you could try it with a paperclip.

I really need someone to show me how to do this.

My microphone stopped working and I ordered a spare part. I’ve been trying 2 days to remove the screen to replace the microphone, but no way (even following all tricks).
Luckily the mic started working again, so I can stop trying. I hope I will manage the next time.

Have you tried the trick with the SD card and the corner? (Pics in the first post)
I don’t think that one ever failed before.
But you did remember and manage to slide the blue clips into the middle right?

Thanks for these photos.two more queations.do i have to replace SD and phonecards before?
Ho do I clean contact pins carefully?

do i have to replace SD and phonecards before?

You’ll only have to remove the battery before you can remove the screen.

You can simply use a clean cloth that doesn’t fuzz. If you actually see any dirt that you can’t remove easily than use a alcohol solution. There are special cleaning alcohols for electronics. You can also use distilled water. Just make sure everything is absolutely dry before you put the battery back in.