In case you use two SIM cards you should also be aware that FP3 has two physical SIM slots and FP4 on physical SIM and one eSIM.

that green speckled case in favour of FP4 (shallow, I know, but it’s ssssooo nice)

“speckle green verision is just black one sprayed over with green coating which gets worn off after one month of using.”

I haven’t seen a green speckled Fairphone 4 myself yet, so I can’t judge.

I would rather take the chance to buy this device and see myself for this price, as I think the seller has quite demanding opinions about what a phone should do, and for somone coming from FP2 the pictures of the FP4 will be great even if currently there are some issues with Camera2Api.

coming from FP2 the pictures of the FP4 will be great even if currently there are some issues with Camera2Api.

True, and the Camera2 API limitations currently affect custom ROMs, which aren’t the topic here for now.
That the green speckled look might wear off under certain conditions was the interesting bit in this.

Yeah understood , just wanted to point the OP of this post here to a probable cheap FP4

, just would ask for pictures of the middle frame, pretty sure the case would be replaced under warranty by FP

Good to know about the speckled green model, I was considering it but would buy green instead, durability is a must for me.

I believe the three FP4 back covers don’t differ in built. You can see in the shop photos that the non-speckled green cover is black on the inside, too: Fairphone 4 Back Cover - Spare Part | Fairphone The basic construction is probably the same for all three, but wear-off might be less visible in the grey one because the visual contrast (grey vs. black) is smaller to begin with.

You are right, I just checked the grey and green one I have here and they are exactly the same color on the inside

How haven’t I noticed that before

In my mind the green one was completely green, wishful thinking I guess…

I bought a 3+ and received it yesterday. Because it’s developed a bit longer than the FP4 and is smaller, but has the better camera than the 3. Which was an issue for me, being used to a samsung A41 from my employer. I like the layout and the system works fine. And since I was used to android it’s not a big change. And with the current discount system you can find people on their facebook site who will help you get 50€ off…
Ad

You might want to look into this to maximize what you get out of the FP3+ camera (the Nikita app version is often recommended):

Since the FP3 is equipped with the same camera as the Pixel 3(a), it could greatly benefit from the Pixel camera app as the stock one takes some pretty average quality photos. Apparently there are already ports for several phones (see https://www.xda-developers.com/google-camera-port-hub/ and Google Camera Port Archives - The Custom Droid), so was wondering if anyone knows anything about the chances of it being available for FP3? I’m not sure about the legality of these ports, but if it doesn’…

Might make a bigger difference than the different FP3/FP3+ modules.

Well, that’s exactly how many stars would I give this device’s built and material quality on 1 to 5 scale. My demands are much higher. BlackBerry Passport quality level should be standard IMO. Anyways, take a look how pocket of my jeans modified the FP4 backplate in maybe less than a month without cover. It’s visible that green coating is not thicker than 0.2mm making it’s removal just matter of time. 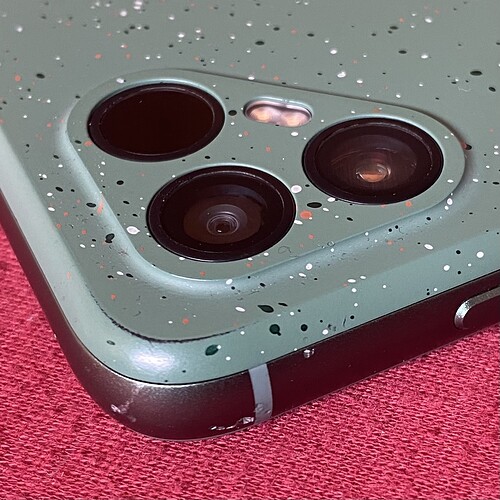 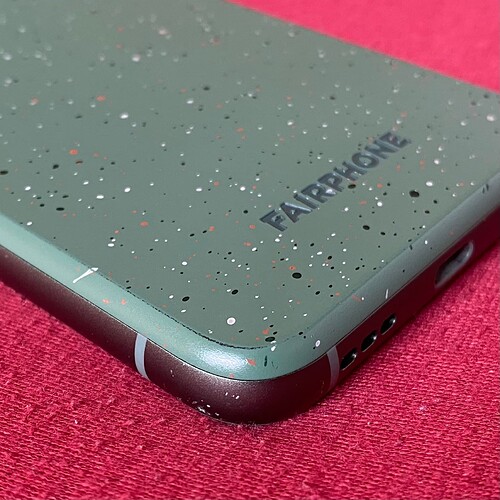 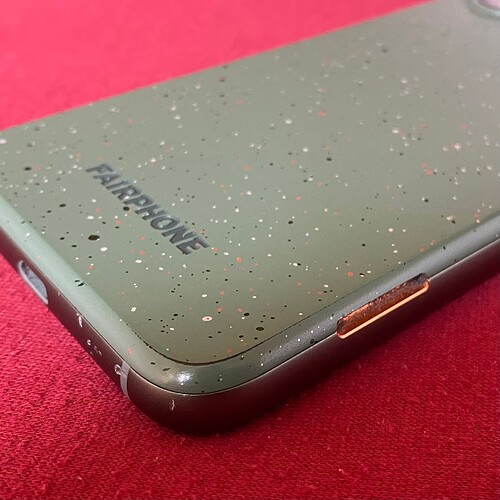 Personally, I would prefer the FP3+ over the FP4. I frequently use the headphone jack and also have two physical SIM cards. Furthermore, I like the design of the FP3+ more. And, after using it for more than one year now, it has proven as a reliable companion.

I am getting this wonderful patina on my gray back cover too. I love this “used” style

I have just bought a new FP4 and I have no regrets. The quality of the photographs I have taken are perfectly acceptable. Apparently a recent software update may have improved the camera’s image processing to solve some of its issues.

The graphics display, when scrolling websites, documents and watching videos is smooth, fast and responsive. My previous phone was a Samsung Galaxy S8 and I can’t tell the difference between them.

However, the lack of an audio jack lead is a nuisance, but I understand why it is absent. I use my phone a lot outside and the more entry ports a phone has, the easier it is for rain and dirt to find a way in. I have ordered a usb audio adapter which I hope is a convenient and reliable work-around. Otherwise I will need to order bluetooth earphones which look quite bulky, are expensive and potentially easily lost.

I chose the FP4 over the FP3 because the former is (at least on paper) supposed to be the better phone and because it will be supported for longer.

Hi David and welcome to the forum. Thanks for your views and let’s hope it outlasts it’s 5 year warranty, which I hope you registered for.

Surely don’t wanna touch my phone with any paint, that could be really bad idea and even those best and most rugged coatings you can apply at home will least only few days in this scenario, leaving your pockets and everything covered in little color dust flakes. I tried.

The thing is, I lost my waranty due to custon ROM instaled and next month I’m getting OnePlus because better camera, unrestricted Camera2API, better apare parts access and better overal quality anyways.

Did contact support almost a week ago about missing Camera2API features and spare parts not availible, still no answer. This unit is for sale, if somebody interested, €300 or best offer. Will make listing today.

The thing is, I lost my waranty due to custon ROM instaled

Thats not correct. You dont loose warranty by installing a custom ROM (as long as you dont brick the phone by doing this), you just have to install FPOS in case you need)FP support/repair and if you would have to send the phone to repair center to change the Backcover under warranty?

Ich habe nun endlich nach 12 Tagen eine Antwort vom Support erhalten, allerdings ist die Antwort relativ schwammig formuliert. Es wird nicht darauf eingegangen was mit einem Gerät ist, wo man die Firmware nicht mehr flashen kann (aufgrund eines techn. Defekts…) „Thank you for supporting Fairphone and for reaching out. No, I can reassure you that changing the OS of your Fairphone 4 will not impact your warranty. It is just that for any troubleshooting /repairs that we may have to help you with…

Thats not correct. You dont loose warranty by installing a custom ROM

Thanks, didn’t know that! Anyways, paying for post services, not having my primary phone for few weeks and getting new backplate which will get ‘polished’ in next month again is no solution for me. I even have one more speckle backplate I did order with my phone.

Or maybe waranty is solution after all, I will do this three times and according to european laws they have to give me my money back because this flaw is simply unrepairable.

Dunno if I want to go through all this hassle however, don’t have time and will for such things.