There are no special measures needed to print it in the recommended position. It won’t fall over if your friend’s printer is calibrated right and has no 1st layer adhesion problems.

However, using a so-called brim (~5 lines) should totally eliminate the risk of falling over. But he should definitely use a soft material to prevent destroying the phone and some part-cooler for the last few layers (where the hook starts). But I think these things are pretty intuitive if he knows how to use his printer.

I think that this would fit nicely with @jayy’s developments here:

Maybe @ungutknut or @duke1102 feel in the mood of adapting their covers to fit the qi charger.

Heh. Sure, could totally be possible.
Will nudge my colleague tomorrow to print me the first test of the 3D case I base it on, to check it out and make manual Dremel action adjustments to it, before designing and printing a modified version.

@ungutknut can the 3d-files for the one-part-case you made be downloaded ?
I’m working on a small project in which I add backbuttons to my phone and I habe to make a custom case for this…

I removed the one-part file because it’s wrong in so many details and just causes confusion. But I made you a one-part version, based on the current model:
http://unwohlpol.at/owalona/cova115_zamm.stl

Unfortunately I don’t think it’ll be possible to get the mobile somehow into the cover. But if printed in a very soft TPU/TPE and with plenty of support maybe you’re lucky.

@ungutknut okey blender is some kind of hard for me 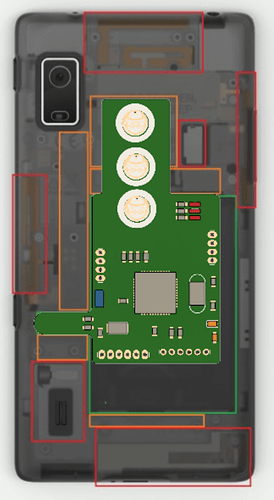 Just a short experience from me:

Told a colleague to print the 3D casing available at https://www.thingiverse.com/thing:1806407 for me.
He printed it with PLA and I can now definitly say to NOT use PLA for the case, it was nearly impossible to attach it to the phone, even with it being in 2 parts. Also, not sure if the printer was the fault or the model, but the case was a bit too small in length.

If you decide to use this 3D model yourself I recommend to print it in a more flexible material, like TPU/TPE or Nylon.

I’ll definitly look more into 3D printed cases soon, I quite like the way the Slim Case is built and I think could be recreated for 3D printing. But well, I still don’t have my own 3D printer, which sucks.

I allready have a spool TPU at home !!

In the github-page of keesj I have found an FreeCad-file of a case, which I imported into Fusion 360

I`m adding the holes/mountings for the physical buttons … Any idea what method would be the best for the buttons ?

I’d assume the buttons are best made as individual components as well, guess that PLA/ABS is most suited here. For stability you could try to incorporate some sort of mounting mechanism around the button holes.

Then again I don’t really have any experience in that regard, but taking a look at maybe other 3D printable cases for several other phones to maybe get an idea for a suitable design.

Yeah I plan to do so !!
Maybe in a few days I can show a prototype

Yes, that’s why I was warning about printing it with stiff materials in the summary and in the print setting notes. I guess I have to emphasize this even more. And don’t use nylon as well… still too stiff. The case being too short shouldn’t be an issue of the model. I’ve printed it many many times lately and the size always was right. But there’s one tiny part on top which has to get clipped off with a plier or tounge . I removed that part on the most recent version of the model (which I haven’t uploaded yet) but I hope it’s easy to spot the collision when trying the cover anyway. 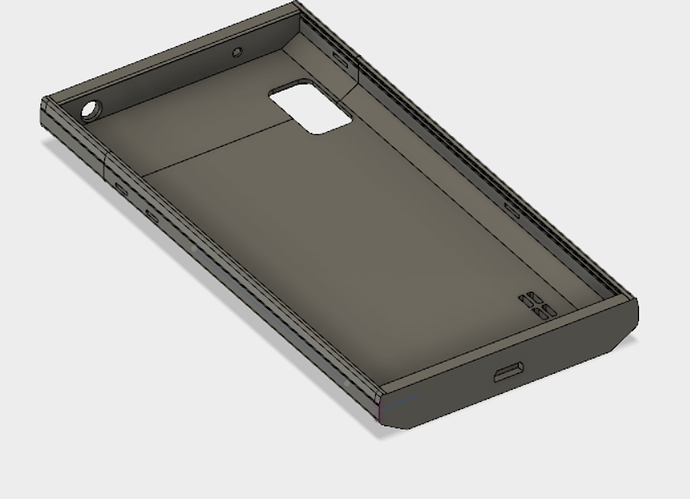 I don`t know if this works properly…

@ungutknut I thought so that you have spend a lot of time doing your designes and the testprints… But the result of your work looks really great !!

This looks great. You’re making it in one piece? Please upload a picture when you’re done printing it. I’m really curious how this will turn out.

No no there are two peaces 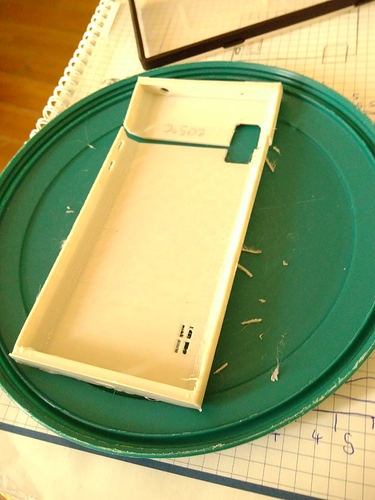 Not fitting… But still a progress