I am sure I am not the only one curious about the 8MP camera module of FP2. So I will share what I just found…

I understand that one day it will possible to change the camera module to a bigger sensor module. Today there is this 8MP module in the FP2 : 8MP OmniVision OV8865 sensor. Is it good hardware ?!

First we can remind that, during the last years, OmniVision has provided 5MP and 8MP modules for the iPhones. With the excellent (really excellent) picture quality that we know. Sensors older than the 8865…

Then I made some searches on the net.
I found that (at least) 2 recent smartphones have this same OV8865 sensor.
The Infinix Hot Note X551. And the Yu Yuphoria.
Here is a review of the “Yu Yu”. With camera samples.

YU Yuphoria Review – they did it again! – Gogi Tech

The shots look ok to me. Although low-light shots are not good. The close-ups are very good. 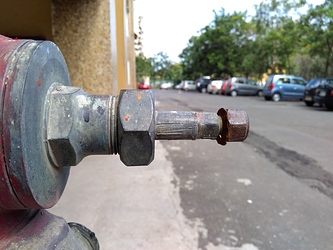 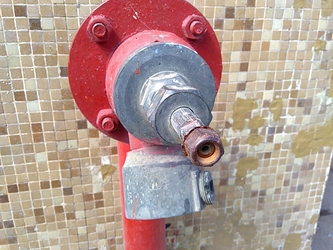 The phones have the same hardware… then there is the software.
With the OV8865, I have the feeling that the hardware is good. And I am sure FP people will make sure the software will be good too…

What do you think ? Do yo have more to share ?!

Very good work finding these smartphone reviews using the same camera!
Do you know if the OV8865 integrates the lens or is it up to the smartphone manufacturer to choose a capable lens?

Do you know if the OV8865 integrates the lens

reading the spec for the sensor online it looks like its up to fairphone what lens array they put with it, here’s a link to the PDF with some sensor info:

Lets hope FP2 incorparates the RAW processing and 60FPS hey! (or anyone here knows good apps to utilise them.

Does anyone know if this is a different sensor than the one used on the previous FP?

I would say (I hope!) it is different, more recent.
I can not find the reference of FP1 sensor… Not mentioned here :
https://fairphone.zendesk.com/hc/en-us/articles/201064718-What-are-the-technical-specifications-of-the-Fairphone-1-

This is new! http://www.kimovil.com/en/list-smartphones-by-lens-model/omnivision-ov8865
When I have time I will try to find reviews of the cameras…

I have a Jolla, and it makes good photos (at least, enough good for me). But I don’t know which kind of sensor it has… It’s an 8Mpx too “It will be possible to switch from a 8MP to a 13MP module”.

Is that a quote from a FP employee or just the authors opinion?
E.g. If and when third party companies develop them it will be possible to switch from a 8MP to a 13MP module.

It is a quote from Olivier Hebert, FP Chief Technology Officer

Indeed we could interprete it as “If and when third party companies develop them…” but I bet the 13MP module will be a configuration option in the FP shop. Just like it will be soon for the external case.

“If and when third party companies develop them…” but I bet the 13MP module will be a configuration option in the FP shop. Just like it will be soon for the external case.

Nice idea @Fred, but there are no plans for having more modules available in the shop at this time. So best to stick with the translation “If and when third party companies develop them…”

Lots of other exciting things to come though…like the cost breakdown, very soon!

A review of a phone which has the same camera module OV8865 :
http://www.phonearena.com/reviews/Xiaomi-Redmi-2-Review_id4015/page/3 Hi, I’ve been looking at Oneplus2 the last couple of days, and found out that they also use the Omnivision module, but with a better sensor: OV13860 Product sheet: http://www.ovt.com/download_document.php?type=sensor&sensorid=167

I, just as other participants in this thread would like to see alternatives for the sensor, since 8MP is quite low these days.

Is there any official way to request an upgrade for the camera module, besides third-party vendors?
And what plans does fairphone have for the future regarding modules? What upgrades will be available?

Is there so much difference between 8MP, 12MP and 20MP? I think it heaviliy depends on the size of the sensor (how much light can fall on it), instead of the number of pixels.

Yeah, a 8MP camera won’t necessarily produce better photos than a 12MP camera., but the resulting file size will be different.

Interestingly (but not significantly related) when Nokia released it’s 41MP phone camera, the resulting photos were actually only 8MP.

I also don’t understand why people always look for having as many pixels in their pictures as possible. Often it’s nothing but a marketing gag. More pixels mean more storage taken away and that is a disadvantage for the normal user. Also the ‘normal user’ does not need these extremely high resolutions at all. Probably it’s just about having a nice status symbol or such… There’s a metaphor coming to my mind: Wide tires look cool but increase gas consumption and slow down the car.

But if you have more megapixel you can choose lower resolution. The opposite isn’t possible

But if you have more megapixel you can choose lower resolution. The opposite isn’t possible

You can have 100MP, if the camera is crappy (little sensor, blurry lens, awful encoding) you just have a lot of crappy pixels. Of course 8MP is not enough fill a big poster, but you could make 4k monitor wallpaper

So for you, a 8Mpx camera is the same than a 20Mpx. Good, it’s your point of view. I think a bit different, I prefer a 20Mpx camera instead of a 8Mpx. Easy peasy

I don’t think anybody has said they are the same, only that megapixels are not indicators of image quality.

A 20Mpx camera might come with a bigger sensor, but not always - and in any case, it is the sensor that’s the important spec, not the number of Mpxs.

I personally don’t need a phone that replaces a full-grown camera. Even the 5 MP camera in my SGS 3 mini is perfectly enough for my uses.

When I go on vacation, I usually take a distinct little camera with me so I don’t have to carry the world (the phone) in my pockets when actually trying to disconnect. So for me personally: Why would I need 20 MP in a phone?