My FP1 froze earlier and after a while I turned it off. When I tried to turn it back on again, I found that the pattern lock screen is not working. Specifically, when I pass my finger over or near the central dot it breaks the green line that highlights the pattern and it triggers the ‘wrong pattern’ message. It is not possible to enter my pattern without going near the central dot.

The screen is clean, I have not dropped or otherwise mistreated the phone and there is no visible damage to the screen. I don’t think the touchscreen itself is broken because if I open the camera app from the lock screen then I can get it to focus by tapping the screen, even in the area where the problematic middle dot of the lock screen is. I can receive calls.

I have tried turning it off and on again a couple of times and taking the battery out for a few seconds.

Any suggestions as to what else I could try will be very gratefully received. Thank you!

You should perform the touchscreen test to see if it’s a hardware or software issue.

Thank you very much for the advice - it seems to be a hardware fault as I can’t turn four of the red boxes green (two on either side, at the level where the unlock trace also breaks off) and if I tap at that level I get vertical lines rather than single dots - I’ve attached a photo. Presumably this means that I have to order a new part/send the phone for repair and would therefore be best contacting Fairphone for advice in the first instance (as suggested here http://shop.fairphone.com/spareparts.html)? 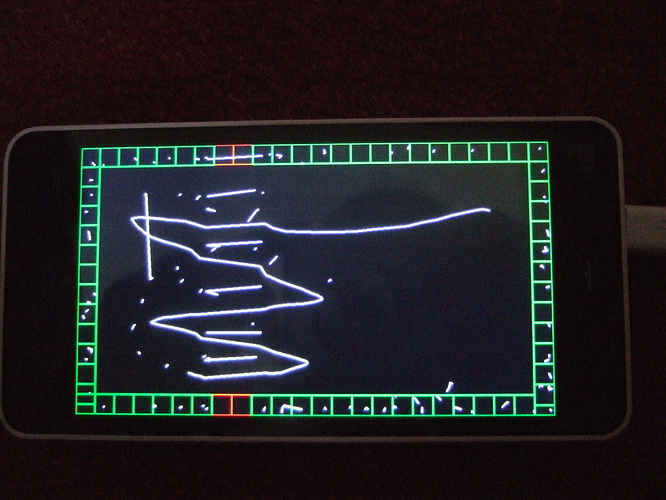 Completely correct. This is the point, where the forum cannot help you anymore.

If you need advice with replacing the screen, head to #hardware:repairs.

Thank you for the confirmation. It’s under warranty for just a few more days so I’ve sent an email to Fairphone.

Maybe you should call

them to speed up the process, as they are very busy at the moment. A foreign call is probably cheaper than repairing your phone.

Thank you again for all your help - I did call, and received a very helpful response. The reason for emailing in the first instance, however, was not so much expense (bizarrely my phone operator makes it cheaper to call the Netherlands than to make a national call) as the time taken to find a functioning phone

This topic was automatically closed 24 hours after the last reply. New replies are no longer allowed.