I’m just about to buy a FP2, and particularly want to get a second cover so that I can glue a Quad Lock (bike mount) on to one. The slim covers sound pretty attractive, but I’d like to know whether they are trivially interchangeable with the “classic” covers, or whether swapping them involves something more complex such as swapping out the front bezel as well.

The photos suggest to me that the front bezel is different, which might indicate mutual incompatibility… I see some claims that the slim covers won’t be available separately for a while, so if I start with a classic FP2 now, will I need to get two slim covers in future in order to be able to swap back and forth easily, or can a classic and a slim cover be quickly swapped?

There is no “front bezel”. Both covers are 1-pieces, so swapping them is a matter of seconds.

Is the new slim cover really 1 piece?
In the Blog announcement it says:

Our updated, colorful cases are slimmer and, thanks to a new two-piece construction, very easy to put on and remove.

I’m also not to sure about it. But it won’t be a problem to swap between old and new covers anyways since the inner part of the fairphone hasn’t changed.

Oh, I missed that. But that doesn’t change anything in regards of switching covers.

So looking around for other photos, I can see comparisons of slim and classic in the store, and the phone body with the classic cover partially removed on ifixit:

… this does make it appear that probably swapping between classic and slim is no big thing, but it’d be nice to hear confirmation from someone who actually knows, rather than having to make an educated guess. Do people from FP2 use these forums at all?

The new slim cover is a two-piece cover :

Sweet! Thanks for that @oviked

I can definitely confirm that the two covers are easily interchangeable even though the new cover comes in two pieces, as you have already found out.

I had a conversation about this some time ago:

I guess it’s just slimmer near the edges then – flatter/curved edges rather than round edges.

I guess it’s just slimmer near the edges then – flatter/curved edges rather than round edges.

But in general, the case looks and feels much better, because of the different material. The back has a nice texture and the front looks more consistent, because there is no rubber edge anymore that wobbles around the edges (if you know what I mean

It also seems to be a bit slimmer overall, at least from the pictures, in the old case the white edge of the camera is in level with the back side but in the new images the camera stands out from the case. at least in these rendered “3D” images… 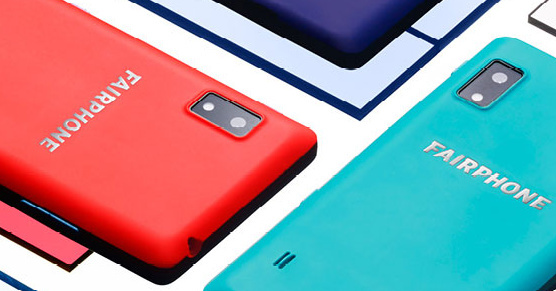 I guess this, in combination with a less aggressive edge increases the “illusion” of a much slimmer phone.

These rendered “3D” images (as you call them) are actual photographs and the hump is actually there. So: Good observation. However, while with the regular case the white bezel of the camera was flush with the back, here the hump stands out a tiny bit more than the white bezel. That means the difference is not quite as pronounced as the hump makes it seem.

In any case, I will stop following this thread now and go back to work on FP1

I used to have a quad lock stuck on my FP2 case (the ‘fat’ one) - I would say definitely try the new slim one instead.

The ‘fat’ one has too much flex in the case, meaning if you hit a pothole, or bumps, or more or less anything that rattles the bike, the case will flex and the battery loses it’s connection to the contacts on the phone and it reboots. Struggled with it for a few months, the phone rebooting almost constantly. Very irritating, especially if you’re using it to navigate and have no idea where you’re going…!

I wedged a little bit of fire-resistant foam inside the case, and this more or less solved the problem for a bit but I’m not comfortable having it there forever. Also, I think the reported problem with the ‘fat’ case splitting at the sides was made worse in my case my a lot of vibration-filled riding on the streets of London!

I’d also advise using a little bit of ‘assistance’ when sticking your quad lock onto the phone. The 3M adhesive on the back seemed to lose it’s ‘stick’. I ended up using a bit of Sugru around the edges of the mount to ‘seal’ the sticky pad from the weather. Plus Sugru comes off relatively easily as I discovered.

Don’t know how rigid the new slim case is, but I’m going to get one and trial it out soon. If you go for it before I get to, please do let me know your results! I’ll do likewise.

This is just in case you intend to change back covers very often, bear in mind that even if the normal back cover can be put and removed quite easily, it has not been designed for this. Last May I had problems with my FP2, and I regularly removed it: it ended up with:

Thanks @adam and @Lomig - since it’s unknown when the slim covers will be out for separate purchase I’ve just gone for the classic for the time being, so your comments are timely and useful.

I ended up jamming the battery in on a previous phone too, as it became looser with age. Kinda depressing that the Quad Lock doesn’t work well with the classic case, and that the entire assembly isn’t up to regular changes. I’ll certainly see whether I can wait until the slim one comes out before attaching it.

Yes it certainly is frustrating - the original cover just doesn’t seem to hold up against regular changes.

My next plan is to create an all-Sugru case for the phone, that integrates a quad-lock mount so I don’t have to have the quad-lock mount on the case permanently. Although if the slim case doesn’t stand up to being removed repeatedly I’ll come up with a new, possibly more creative solution. Will let you know how it goes…!

Has anyone tried out the DIY 3D printed cases offered on the forum? Any more opinions than what’s stated on that thread?