I’m afraid there’s not much to do.

Though you may still have a chance to get back your data but only if it is a FP2 and not encrypted. You could then boot into fastboot, then into TWRP and there copy your data. If you have a FP3, then not much chance AFAIK…

Edit: Corrected that the phone must not be encrypted (which the FP3 is by default). Thanks to @AnotherElk.

Though you may still have a chance to get back your data but only if it is a FP2 or if you have an unlocked bootloader. You could then boot into fastboot, then into TWRP and there copy your data.

Not in case encryption is enabled (default on the Fairphone 3 without user interaction, can be enabled by the user on the Fairphone 2).
Then the screen unlock method would serve as the decryption password and TWRP would need to prompt for it to be able to access the data partition.

if it is a FP2 and not encrypted

If it’s a FP2 and not encrypted then @rembremerdeng might also try to remove or rename
/data/system/gesture.key
using TWRP.

Does the same procedure work for a FP1?

So I can’t just reset the pattern because i don’t have internet.

PS: I just want to get my data from that phone. If I have it, there will be a perfectly working FP1 to give away.

Have you checked out some options, the following link is an example I’m trying to find one I saw a few days ago, it was bit fiddly but basically made the phone crash and ask for a new password. Will update when I find it / if I find it 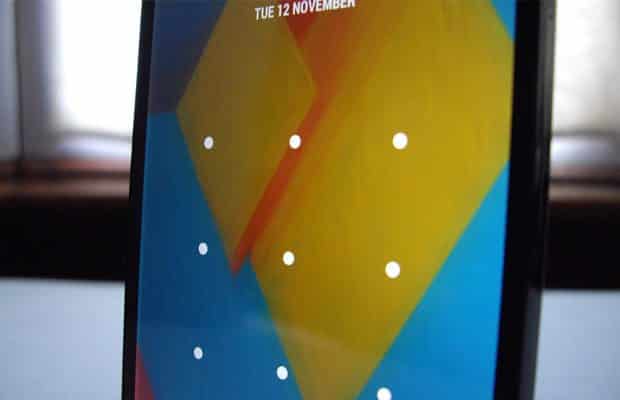 How to bypass Android's lock screen pattern, PIN or password

Forgot your Android lock screen pattern, PIN or password? Here's what to do - Follow the steps here, on Trendblog.net

What version of Android are you using?

This is for version 5

A Fairphone 1 is usually running Android 4.2; at best it’s on 4.4.4, which is not an official version distributed by Fairphone (see this thread).

Thank you for the quick response!
Unfortunately none of this tips worked. I don’t have the Android Device Manager, it seems that makes the problem little more tricky.

I don’t remeber to be honest, but it was an official verison by Fairphone.

Well, if your Android phone (including Samsung) is running Android 5.0 or earlier,

Did you try this

Just now i did

Why can’t you copy the characters?

Can you get to the emergency call option and type in the max stars?
If you can hold you finger on the ‘text’ and you will get an option to copy.
Then you repeatedly paste in the same place.

I can go to the emergency call and type in characters, but if I hold my finger on the text, there don’t appear any options.
There isn’t a curser and I can’t go to a specific point, maybe thats why I can’t see options.

Yes that seems to be a problem as on touch screens a prolonged touch in a text box usually gives and options to cut/copy/paste. Usually the text becomes highlighted and there are ‘tabs’ at the ends for editing.

EDIT: I’ve just noticed on my Android 10 there is no such option to cut/copy/paste either. I wonder if you have a later version of Android than 5 as this option was deemed a security risk and removed after that?

I wonder if you start the phone in safe mode if that will make any difference.

Safe Mode Not to be confused with #dic:recoverymode Safe Mode let’s you boot up your phone without any third party apps. Sometimes you might end up in Safe Mode automatically but you can also do it manually to check weather an issue you are having is software related. Note: On FP1 the popup doesn’t say you’ll reboot into safe mode, it only says “reboot”. Another option to get to safe mode is to power off your device and while powering on again hold down volume up and volume down until the…

I wonder if you have a later version of Android than 5 as this option was deemed a security risk and removed after that?

A Fairphone 1 is usually running Android 4.2; at best it’s on 4.4.4, which is not an official version distributed by Fairphone (see this thread)

In Safe Mode I’m still not able to copy.
The Android is the latest official of Fairphone, I’m sure I dind’t install anything else

Running out of ideas apart from a paid for option and connecting to a PC etc.

Ok, at least I did not miss a simple solution in my google research

Yes I meant a paid software, but have you seen this page?

Want to bypass Android lock screen without factory reset but don’t know how? This post is going to share you three useful methods to help you out.