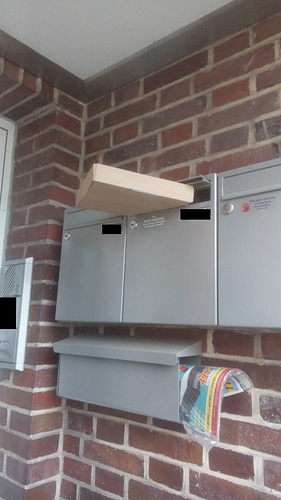 My first impression on the Fairphone 2 was the package sticking out of my mailbox, next to a busy street for everyone to see and take on a rainy and stormy afternoon this monday.
The only theft protection was the very forceful way the postman had inserted it, it was really had to get out and a little flatter than originally intended…
But thankfully the interior protection was still intact and the phone works.

Next came the task of migrating data. I would have liked to use my already payed for titanium backup pro, but that does not work without root… I thought about trying superuser but so far decided against it. I really would have liked to have the Fairphone OS ready by the time I got my Fairphone, I doubt I will install it once everything is finally working all right.
I am still a little bit angry about the root policy!

I have a FP1, which I will give to my husband once I am sure the FP 2 works ok. He is getting impacent

So I tried to migrate data with Helium as a non-root alternative.
I installed Helium on FP 1, no problem there.
Then I tried to install and activate Helium on my FP 2. No luck on Windows 7, No luck on Windows 8, even with alternative drivers. The first linux version also did not work. The second did not work on the fist computer. But on the second computer it finally activated Helium on my FP2.
It took a little bit of effort to get my FP1 recogniced again…

So I backed up on SD card, and some apps worked fine, others could not be backed up and sms and WLAN Login data did not work at all.

The calendar I had to synchronize via google. but here the wlan data also did not get transfered.
I have not found a solution for that yet.

The handling for the phone so far is fine, I have not had many touch screen problems and did not encounter the flickering problem yet. The hardware seems solid, the speed is good.
The display looks way nicer than the FP 1!

The phone itself is a little bit too big for me, I can’t really use it one-handed, I don’t like that.

Some chargers seem to work ok but a little slow, but my favored charger, placed next to my bed, has some reconnection issues causing the screen to go on multiple times in the middle of the night. Bad for my sleep so I will place another charger there.

My Home WLAN works well. My SD-Card was recogniced immediatly.

With a little bit of wiggling I was able to remove the display and inspect the modular build in all its glory.
My former headphone still works with the FP2, but the audiochannels are indeed crossed. But I can simply use the right headphone on my left ear and wise versa until it is fixed, because I have in-ear phones where this works.

As an alternative for Adaway I am trying Adguard and so far it seems to work ok. But if I will use it permanently I will have to spend some money.

If not for the migrating issue my experience so far would be quite good.

One issue became apparent today: Bluetooth:
Connection was not an issue but with two of my three devices the sound is so bad it is unusable, a constant stutter. I really hope this can get fixed because otherwise on the long term this phone is not usable for me!

Fazit:
-I think Fairphone should offer the choice between google apps and root from start, releasing the alternative Fairphone OS month after the phone is not a good policy as it will force many user to reset end completely reinstall their phone again or live with something not optimal.

-The phone itself works fine for me, apart from the major issues with bluetooth.

-It has a nice feel and looks good but it is a bit too big for me. But not so much that it would be a reason not to keep the phone.

-My postman seems to be an idiot.

Quote picturesque your first impressions with FP2. Like many others I’m still missing Root in my FP2. However there is a good description in this forum to get root without replacing all Android and loosing all own modifications. I guess I am a bit lazy. And maybe I got used to daily advantage compared to my old lazy Smartphone.

The postman is clearly a cretin and you should try and find out who delivered this. It should be DHL, not your local postman, so easier to track down. This could have easily been 525€ out the window in a jiffy! As for the migration of my phone I use a nifty little free app called Super Backup. It will back up and redeploy your apps, contacts, SMS, call logs and bookmarks. Not the app data but it’s always a bad idea to migrate app data snyway, even with Titanium…

but it’s always a bad idea to migrate app data snyway, even with Titanium…

I have never tried it myself but I have read in various forums that some apps’ data migration can mess up the stability of the whole system. Not to blame on Titanium, it is just that a phone with a different hardware than the one on which the data was created will not always take it well. Sorry that I can’t be more technical than that. For my part I am grateful that I can migrate pretty much everything else easily with the right tools.

Best solution for me… clean install apks (not from Titanium) and migrate data once this is done using Titanium.

-Where has the Peace of Mind app gone??

I don’t think that it’s an app (maybe rather part of the lock screen widget), but you’ll find it by tapping on whatever is displayed on your lock screen (may be clock, battery prediction or “Your fairphone for”).

Where has the Peace of Mind app gone??

I don’t think that it’s an app (maybe rather part of the lock screen widget), but you’ll find it by tapping on whatever is displayed on your lock screen (may be clock, battery prediction or “Your fairphone for”).

"The amount of time you’ve had “peace of mind” (based on Android’s “no interruptions” setting)."
Source: Blog - Software features of the Fairphone 2 - paragraph Interactive Clock

Where has the Peace of Mind app gone??

It actually is an app. But it needs root and most of it all Android forbids to get Airplane Mode" activated by any other app since (if I remember correctly) Version 4.4.

So, what you need to do to have it on FP2 is rooting, installing xposed modules and installing the “Airplane Mode Helper” module.

Activate it, reboot and install: 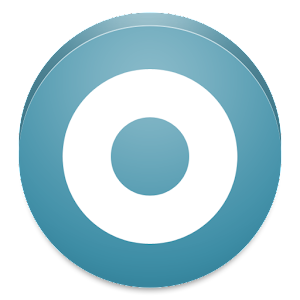 I tried and it works.

@Paulkreuzer: maybe you can move this to where this fits better?

Fantastic USB-2, thanks for the little guide. I don’t want to DIY root my FP2, waiting for the official ROM so it won’t happen any time soon I guess.

all Android forbids to get Airplane Mode" activated by any other app since (if I remember correctly) Version 4.4.

Not 100% correct, (if you refer also to rooted phones.)
I use PowerToggles and it is allowed to switch Airplane mode ON/OFF by a homescreen toggle at my rooted FP2.
In comparison to the 2G/3G and mobile date ON/OFF toggles which does not work.

@fgaine: Maybe you should consider to root it by yourself, as it is no big deal if you are clear about what to do, I can confirm amongst a lot of others in this thread…

Well, I’ve had my fp2 for a month now, and I’m very happy with it. A couple of minor gripes (jumpy touch screen, no option to modify the voice sound quality, lack of swipe keyboard).

I’ve had none of the othet problems people have reported. Did I get lucky? Or am I easily pleased?

I love the see through back!

Got pulled over by security leaving Paris last week … The security guy wanted to look at my phone! He was quite excited by it and wanted to know if he could get one in France.

Really, even if it weren’t for the “fair” credentials … I’d still be happy to have the fp2. Yes it’s expensive. But things like this SHOULD be expensive.

Here’s my ANTUTU benchmark for an FP2 straight out of the box, while charging :

What do you think about it ? It seems lower than I expected

Indeed, that seems low to me, i have my fairphone since 2 weeks

Maybe your phone didn’t fully started ( some “behavioral enhancements”, like pre-fetching can take some hours at very first startup), better wait a few days.
Also, while charging, your phone take advantage of the unlimited power supply to run tons of syncing and optimizing process that are a bit power hungry, try to test it again unplugged !
In order to achieve best conditions :
-Battery fully charged
-Unplugged
-Cold phone
-Not connected to internet ( Wifi/3G/4G,etc)
-Freshly rebooted, but at least 10 minutes of uptime
This way, all your phone capacities should be at best.
Based on all that “process”, keep in mind that benchmarks never truly reflects day-to-day behaviour, and if your phone never freeze, never lags, stay smooth…just enjoy it like this, the benchmarks are to easly influenced !

Yes no problem its incredibly smooth, like a magnitude away from my previous phone !
I didn’t root yet, but as soon as i will do, I will definitely play with governor settings, to try both ends, best performance and best battery life.
Thanks for the tip, i always thought that it would be faster while on external power.

My major gripe with my last phone was the battery life. Six to eight hours and back to a plug was not sufficient when I am out and about. The Samsung version of Android contained a number of apps that were using power, completely useless and not removable. I got my Fairphone 2 on Friday, charged it up and it only needed to be recharged on Monday morning. When it sleeps it uses very little power and this in itself means that I am very pleased with it. My original intention while buying one was to eventually replace Android with SailfishOS. Having used Fairphones slightly tweaked version of Android I am now not so sure. Also the phone has something of a personal touch. I like the little quirks such as telling you when the last time you unlocked the screen. As for the promise of a phone that will last for five years, well, time will tell on that one. I do like the idea of being able to shop parts in and out as needed. The ethical factor is of course a massive boost and a talking point if anyone asks about the phone. I was attracted to the phone for technical reasons (modular design, Linux compatibility, longevity etc) but I have now become more interested in the fair trade movement and will endeavour to make more ethical purchases in other areas of my life.

Hello, how did you add the French keyboard? Many thanks!