I find it very useful to be able to turn on and off mobile data quickly - I use this when travelling to avoid/limit roaming data charges, and also to preserve battery (I still want to get phone calls and SMS so airplane mode doesn’t help). On FP2 you can’t do this (or not without a lot of clicks to enable/disable). It seems like in 5.1 it’s a vendor specific feature so it would need to be put in a Fairphone build, I think.

A widget, or having this alongside Wifi/Bluetooth toggles in the top swipe down settings would be great.

That’s definitely something that I also miss! Please post it here https://forum.fairphone.com/t/fp-os-os-feature-requests/12303/35 and you have my vote!

Done! Thanks vivia - I hadn’t spotted that thread so far

I actually still have my SIM in my FP1 so I can’t test this on my FP2, but isn’t this toggle right there in the notification panel (slide from the top down)?

No it isn’t. You can toggle WiFi on/off, or you can click something that takes you to another window where the toggle is.

Now it requieres 5 touches, on Android 4 only 3…

Ok now I entered a SIM and it takes me 4 touches. And from the lockscreen just 3.

If you tap on the SIM symbol you’ll have the toggle on top and don’t have to tap on “more settings” first.

Anyways 3, 4 or 5 touches doesn’t seem like such a big difference

It’s quite a few touches, and that only works for one SIM - I have to repeat for the second SIM! THen it’s the same long set of actions to reenable.

I’m not sure how to do this more quickly from the lockscreen - what is the workflow there?

This seems a popular feature on phones in general, and a lot of android users previously used widgets for one-click toggle, but they were removed (in more recent android) for security reasons I believe.

I’m not sure how to do this more quickly from the lockscreen - what is the workflow there?

On the lockscreen - since you already see the notifications - the first swipe already takes you to the toggles.

Ah, thanks paulakreuzer! I had been doing this through settings which takes more clicks, I hadn’t used the notification panel toggles so much… Still, it’s longer than it used to be because I used to use a one click widget

Me too and mine needs root, but I think there are others that don’t…?

On older Android versions there are mobile data toggle widgets that don’t need root, but on 5.* there aren’t… so for those of us who don’t want to root, we’re back on the multiple clicks

When in the Quick settings, do you have this small button? 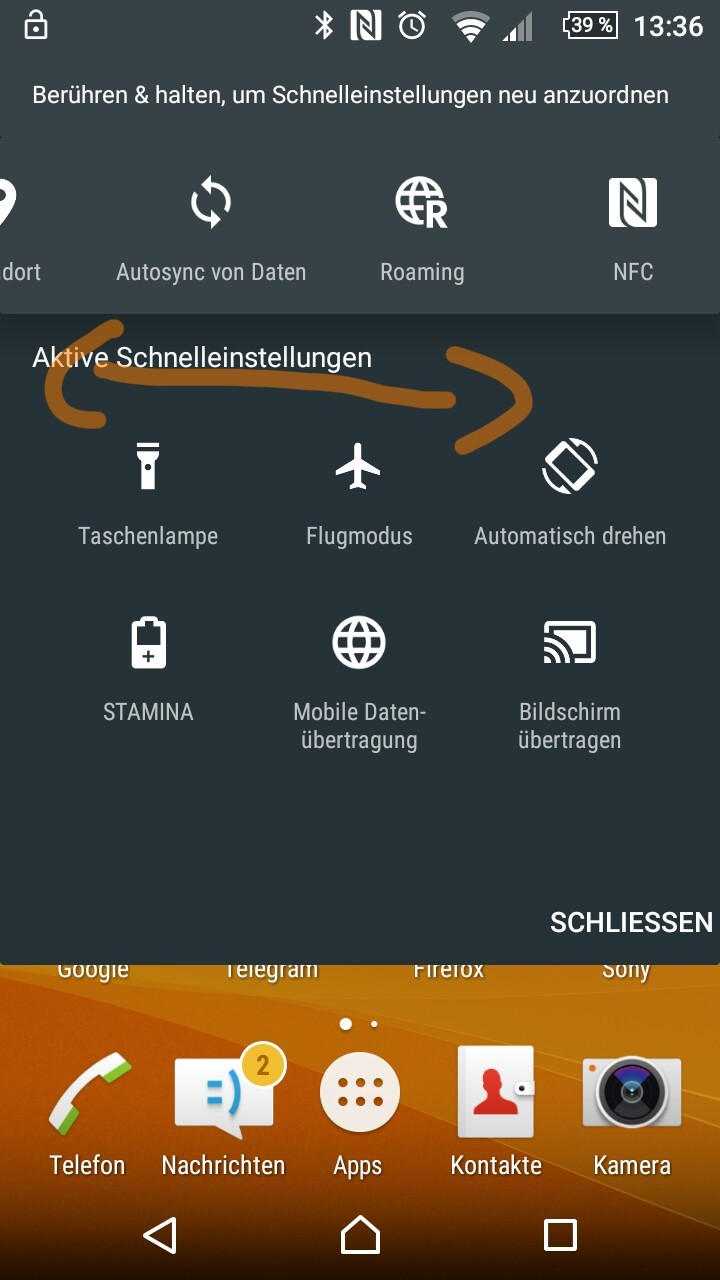 If so, you can customize the Quick Settings

That probably comes with Google right?
I don’t have it.

I don’t have it either and I have Google. 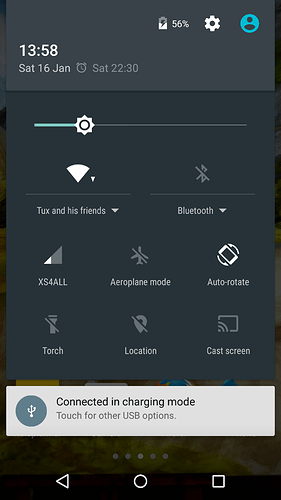 Oh, @ben is not using an FP2. The home button looks differently and we don’t have stamina mode either.

No, the Screenshot is from a Sony. Thought that was an Android Feature. Now it seems it’s an addition by Sony. Strange!

C’mon people, this is Android:
https://play.google.com/store/search?q=mobile%20data%20on%20off%20widget

C’mon people, this is Android: https://play.google.com/store/search?q=mobile%20data%20on%20off%20widget

Oh my god, what a dazzling amount of choices. Can someone help in making a choice? What’s a good one and doesn’t spy on you?