No, I only have one sim card.

How about SDcard? if yes, does situation improve if you take it out?

This i did not check. Will do this weekend

I don’t know any Fairphone user around me.
If I use the same charger, my FP2 is still flashing all the time.
Even reflashing didn’t helped.
First it seems reflashing was successful, but nothing changed.
I have absolutley no idea what I should do.

If resetting the battery didn’t help (note that some users reported they had to kickstart the battery twice; see #batteryguide ) then, as I said above, I would assume faulty hardware.
If the battery worked fine before, my guess would be that the bottom module rather would have sudden failure than the battery, so this is where I would start. Yet, it is also possible that a battery is completely deep discharged and dead. Either way, in case of a hardware defect I would recommend to contact support.

After upgrade to Fairphone Open 17.06.04 my apps cannot access external SD card (which I have set up as portable storage).
I have checked platform.xml and there has been no WRITE_EXTERNAL_STORAGE section after upgrade!
I added the permission as discussed many times before (SD Card no writing permission in FP2), rebooted - but no access granted to SD card. I have no idea how to proceed.

If an app can access the sd card seems to depend on whether apps have implemented storage access provider or not.

Both Open Camera and Titanium Backup can use the 'storage access provider' or however that is called. This way you can grant it access to the SD card. Took me a while to figure that out, but works like a charm now. Some apps don't seem to support that though (e.g. I had troubles with oandbackup).

As @rkennke mentioned, it’s app dependent. Reading manuals (if available) or searching for SD card issues related to the app in question is a good start. To take the two examples mentioned above: Open Camera FAQ How can I save to my external SD card? - This depends on your Android version: Android 5.0 onwards - The restrictions on SD cards introduced in Android 4.4 still apply, however instead you can enable "Settings/More camera controls/“Use Storage Access Framework”, and this should …

No difference of i remove the sd card. Still the lowest frequency stays at 1190MHz and nearly never goes below that.
Anyone knows someone who’s still on lp and can check?

Thanks for the reply, but unfortunately the answer given by Johannes did not solve the problem with my Open Camera installation. I have tried to activate “Use Storage Access Framework” and the screen showed my SD card. Strange thing is it shows the SD card having 0.00B free space - even though there are more than 50GB available. And I can not toggle “Use Storage Access Framework”.
I will search for “storage access provider” for my other apps (for example I am using Total Commander) on the Internet for a solution. Thank you for the hint! 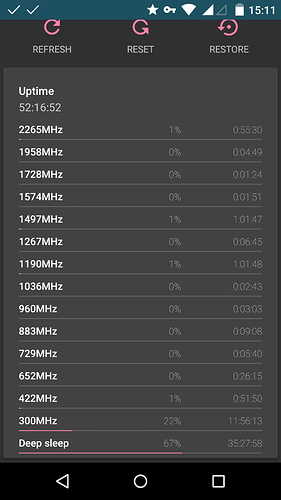