Have you made everything according to the update guide for modified FP Open OS phones.

After following the update guide and reflashing the google apps after update I got out of the optimization boot loop.

Well, I always shut down my phone at night, just to reduce the whole power consumption and to inrease the lifecycle of the phone and the battery. But of course you are right if you would tell me that night-charging means longer connection of the charger to the public electricity…
Of course only when the battery is near emptiness. Otherwise my phone it’s just turned off at night.

But back to my point: is there a work around that makes it possible to charge my turned-off phone?
Do I have to start the charging process before shutting off?

Should this issue be seperated to an extra thread?

You can charge in recovery mode (not turned off, but probably more power-saving).

11 posts were merged into an existing topic: FP Open OS: FP doesn’t charge, but freezes when turned off - fixed with 16.06

Note: Some posts were left here to not break the rest of the topic flow.

After I have upgraded to 16.08 successfully, happend follows…

Installed the new version… went fine via the updater.

I also installed pico Gapps without any problem.

On boot, there’s a white fine line on the left and top side of the phone (as with FP1 Macadamia before it got fixed).

I also have crazy pixel behaviour at the left bottom side of the screen… big pixel boxes that move weirdly.

You start a topic in the forum describing the issue and if reports from others indicate it’s reproducible then I move the topic to #software:bug-reports and put it on the #bugslist::tag.

Phone was off charging during the night. Today it was blocked on the fairphone screen (I had to take battery out to restart) was hot (again) and not fully charged.

I totally agree that this is quite dangerous and would like to emphasize it again here! @anon36364121: Please remove it (or at least ask the user as proposed by @Roboe).

I also don’t see what is it needed for. Wiping data should be done when changing from Open to GMS or viceversa, ok, but the manual ZIP is not for that purpose, there’s a specific Open-to-GMS ZIP,

Here we go again: check out my battery stats… I don’t believe it… phone back from repairing and I’m having lots of problems again… 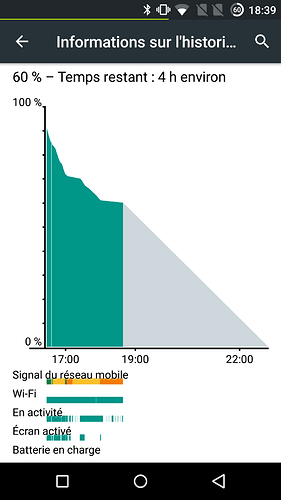 I tell you this: if the bluetooth problem is resolved for the FP1, I’m selling FP2 without looking back… this is NOT a reliable phone I’m very very sorry to say…

Phone was off charging during the night.

Charging with the phone off does not work on FP Open atm. (bug)
Please do the battery reset ( #batteryguide ) and put the phone in airplane mode while charging overnight instead of turning it off.

Yes, version 2.8.7.0 (though I didn’t install it manually - I just follewed the default instruction for FP Open installation).

Interesting idea. In which manner has TWRP to do with the bug?

It’d be interesting to try to flash other recovery.img partitions in that case…

I have no idea, I just thought it might, since TWRP has the wrong time too. Although lately for me that is not true anymore. After I switched OSs back and forth and restored about a hundred different backups lately for some testing now my latest backups all have the right time and were not created in 1970.