Didn’t you use the flashlight?

thats not an option for me

Photography means writing with light, so without light, it’s impossible.

In former times, with analogue cameras, it wasn’t even possible to take pictures indoor at all without flash. So that’s a great step forward with the digital cameras.

But they can’t do any magic ether. In low light conditions, they need to raise the ISOs, that means more noise and/or open the aperture if possible and/or increase the exposure time. The latter leads to motion blur. There is no other way.

that means more noise and/or open the aperture if possible and/or increase the exposure time. The latter leads to motion blur

This is true. But let’s not ignore the fact that the Fairphone 4 has motion blur all the time, regardless of night mode. I believe that’s what people mean when they address this. It’s hard to make a sharp picture with people that are not standing like statues. And yes, we know, FP is not a Pixel/Samsung/iPhone, but we can still address this as something that needs improvement.

But let’s not ignore the fact that the Fairphone 4 has motion blur all the time, regardless of night mode.

Is there any proof for that? All pictures I saw so far with motion blur were taken under low light conditions.

This picture below is by no means low light.

I also did tests with moving my hand just with a slow downwards motion and then took a picture with the #fp4, it was blurred. Then repeated the same test with my Pixel, not blurred.

I also have many pictures of family members in bright lit environments, they’re just making a slight movement and they became a ghost.

This picture below is by no means low light

Of course it is. Even the author writes it in your quote.

Do you have a Fairphone 4? Because if you don’t I don’t think your experience or opinion is backed by anything.

Below are 2 pics I took with my Fairphone 4. I took 2 pictures. Because I noticed a blur because someone moved their hand “too fast”. So I took another one, but then the feet of another person were “too fast”. Oh, I also notice that the person’s finger was going “too fast” as well. Overall the pictures are not sharp either. This is as bright as it gets. The other picture really isn’t low light either. Unless we use a different light spectrum for Fairphone 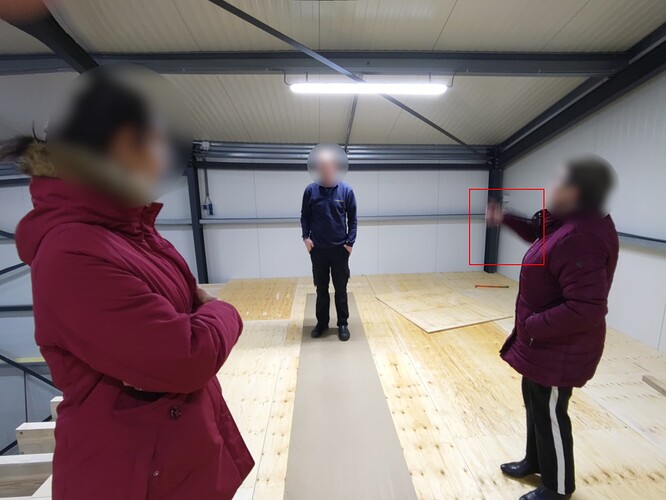 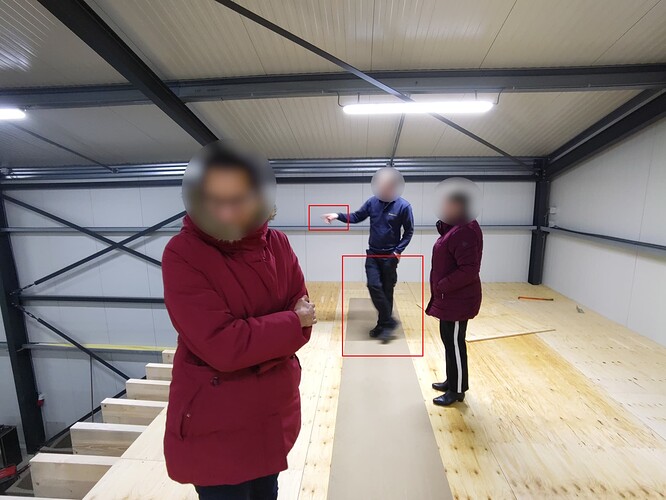 But I use photographic equipment for ages, and I think I just have out of my experience, a complete different perception, what ‘as bright as it gets’ means. This is low light as it is in a closed room with only a some neon lights. Compared to a picture taken outside, this is like a candle. Modern digital cameras give you the impression, that you can take pictures everywhere, every time and all of them need to be crystal sharp, That’s merely impossible.

Can you share with us the EXIF data of those pictures, so we acan see exposure time, aperture and ISO ratings?

Of course it is. Even the author writes it in your quote.

I am the author of this picture. I dont know the shades of low light, so excuse me when I’m naming everything indoor for me is low light. i took the pictures in a restaurant with daylight from outside and good artificial light conditions. I took other pictures in other restaurants with daylight and also in my living room with enough Daylight influence. but its like uppercase said, if someone moving his eyebrews, you have ghosting effects. i never had that before.

Common, this is not low light at all. This would be the same as an office building, it’s even more lit than the office where I work. Sure, I can share these EXIF metadata, but that doesn’t change the fact that the room was brightly lit. My Pixel 3 gives me hints on when to use night mode, this would not be that moment. So if you as a professional photographer thinks the values are for low light, then it would simply mean the Fairphone 4 is not calibrated correctly for the environment. One of the reasons I returned my Fairphone was because it’s very difficult to take a nice picture with it. Only if the sun is perfectly aligned and people stand still you can make some great pics.

To become more sustainable, it would entail to do more with less. So relying on your smartphone to make decent pictures is one of them, because why buy another device to take pictures if your phone could do it already?

I’m completely with you, for me, indoor is ‘low light’ too, so that’s why I said, that more light is necessary to take sharp pictures without flash.

just from my experience with a good DSLR and lenses: more or less everything shot insight is low light unless the sun really illuminates a room. to freeze such pictures, you need a very strong sensor (<2.8) and not too much movement and/or a tripod. phones got really good in those situations thanks to software, not hardware. so the FP issue is a software problem (compared to Google, Apple, Samsung), as i guess the sensor is not the limiting factor.

Common, this is not low light at all.

For a camera this is low light. We are not talking about night shots with almost no light.
And your values do show that exactly. 1/17s is far too long to stop a motion. The ISO rating is above what was common with analogue film (mostly ISO100 or ISO400, everything higher was special and grainy). Maybe there is room to higher values, but then there is more noise, which makes the pictures either blurry or after processing softer.
I’m only wondering about the aperture value, the standard back camera con open until 1/1,6. But maybe the cameras software detected the big distance between the people and closed it for more depth of field. Or did you use the wide angle lens?

here is mine in the restaurant

I used the regular camera. Clearly the Fairphone camera is not well configured. There is a lot of light coming from every direction, there aren’t really shadows either. It’s not unfair to say that the Fairphone could really need some improvement here.

There is some room for improvement, for sure. But there is no magician inside the software. Your eyes are far more sensitive (or your brain more experienced), what you think is

a lot of light coming from every direction

ain’t for a camera.
As you can see here:

you need to tell the software, that is has to sacrifice quality by using high ISO settings, to be able to stop a motion.

you need to tell the software, that is has to sacrifice quality by using high ISO settings, to be able to stop a motion.

I think the difference between the Fairphone 4 and other modern smartphones is that the latter do select high ISOs automatically and at the same time have such a good noise reduction algorithm that the quality of the image is still quite good. I am not very confident that Fairphone has the money to develop (or buy) image processing algorithms as advanced as those of Apple, Huawei, etc.

I think we can expect good photo quality, when we pay around 600€ for this device. Fairphone is able to develop a whole smartphone, so they should be able to optimise software issues.

and the problems are NOT Common and not subjective. Just look in some Tests of any Magazine of your trust.