Did you get the ultrawide to work on one of them?
I am kinda lost in settings i don’t understand with wichayas version right now

Did you get the ultrawide to work on one of them?

No. Will only work on original camera an on the openCamera fork on /e/

Here you can download a “do it at your own risk” Magisk module of the original camera from the iodè developers.
I never tried it by myself. I don’t use Magisk

I may dabble when back home. Thanks.
Favourite is still the manual controls so far i guess.

I may dabble when back home. Thanks.

What OS are you running?
Have you relocked your bootloader?
Magisk already running?

Without Magisk already running and a locked bootloader you have to unlock your bootloader to install Magisk, what means you will loose all your data and have to setup your phone again.
That’s the reason i didn’t do it.

By back home i mean back from vacation.
I am running stock right now and will have to look into anything beyond that as i am pretty happy with what i got generally.
Won’t make hasty destruction. dw.

Good News everyone!
I haven’t read what exactly they did but the last update fixed most of the issues i had.
Autofocus went from unusable to excellent.
Lighting seems better but might just be good conditions on my side.
White balance seems better.
I can now wholeheartedly recommend the Fairphone for it’s camera.

Big shout-out to the Fairphone team for stepping up and delivering what was promised!

Maybe you can share some pictures in the FP4 - Pictures Gallery?

According to Fairphone another update will come that will add more improvements. My Fairphone should be delivered around halfway April. Would be nice if the camera then is improved as well as the mics.

Wow, you’re right, I just took a photo of my daughter in low lighting and it came out really sharp

Are you joking? I cant believe that you have “really sharp” Pictures in low light situations. 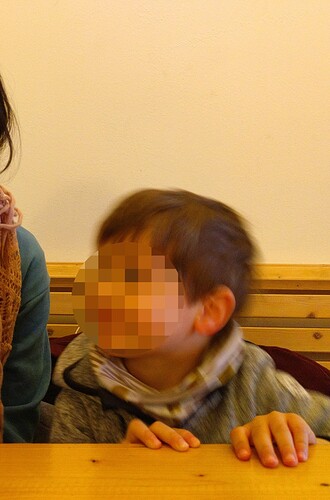 The poor camera shutter speed might be hardware related. I reported this issue as well, the slightest movement can create ghost effects.

Yes, you are right, my daughter held quite still in that moment. Maybe action mode is better? I haven’t tried yet.

I reported this issue as well, t

You say it. I’ve reported that too

As mentioned before no light+movement=blurred pictures and I doubt that will improve dramatically, as light is the one important thing in photography. So did you try a mode better fitting to the circumstances?

I have to do more testing, but it seems that the improvements are limited to main camera, while selfi cam still delivers quite low quality.

Another thing I noticed: Are selfies always mirrored with no option to change that?

Yes, selfies are always mirrored. This has been reported as well to support. No changes yet.

I am nearly sure it is a stupid question, but how can one change the cameras? Just by sliding from “1” to “0.6”?

I believe so. You can verify your hypothesis by blocking a camera with your finger and see which one is used

Ehm, yes. As I said: it might be a stupid question!

I tried a lot, because I want to like the fp4. I’ve tried the candlelight mode and action mode, also open camera. but there is not a better result. 90% of the photos I have taken of my son in normal indoor situations have this ghost effect. i would have to freeze someone, to get no ghosting.