I’ve had my Fairphone for 9 months and the battery seems to be running out a lot quicker these days. I don’t use it any more per day than I use to. Any ideas why it could be running out so quickly? I need to recharge it more than once a day on average.

When do you usually charge your phone – at 20 % remaining? Or do you often let the battery run all dry to 0 %? It is strongly recommended to charge your phone at 20 % (minimum) or better earlier (i.e. at 30 % or more). Deep discharging to 0 % damages the battery and results in less “endurance” and shorter total life expectancy of the battery.

I had thought it’s the other way round. I thought it’s bad for the battery to recharge when it hasn’t fully drained.

Unfortunately Fairphone’s Support articles on their batteries have often left out the modern usage recommendation of avoiding both deep discharging and full charging (maybe they already took it for granted), but at least the FP4 battery article includes a brief section how to “Charge regularly”, recommending to stay in the 20-80% range:

the FP4 battery article includes a brief section how to “Charge regularly”, recommending to stay in the 20-80% range:

to not overstep the upper limit

Tio avoid this you can use a time-switch which will cut off after the requisite time, or just set the timer in the Clock app to warn you. The requisite time can be found by observation or calculation. For example, with a 1A charger, you will add about 35% in one hour for a FP3’s 3Ah battery.

The question of limiting the charge has been extensively debated in the forum, have a look around.

I thought it’s bad for the battery to recharge when it hasn’t fully drained.

As @urs_lesse said that was an issue with soem older batteries, it’s not a ‘damaging’ issue not to do so, but it’s not such abd bad idea to do so. The phones are designed to be discharged fully and the batteries are protected from discharging and charging to where they would be damaged. The zero amd 100% shown on the monitor are preset values and do not relate the minimum and maximum working voltages of the battery but those that give a reasonble life for the average user. The battery has safety inbuilt not to drop below the low (0) and high (100) ‘safe’ zone

Deep discharging to 0 % damages the battery and results in less “endurance” and shorter total life expectancy of the battery.

This is often touted as a fact but I have seen little evidence of such.

Many battery monitors, Accubattery for example gives figures that are hard to accept.
I used it for a few days and it did not account for it’s own usage further it would give details like charging to 8%0 will only use .25 of a cycle, which is an unreasonable statement.

What I have been doing for six months on another Li-ion battery in a laptop is daily monitoring. I have detailed it and compared to other users.

The problem with reading other users data is not knowing enough background of use and most of the ‘reports’ I have read are of people charging to 100% and then down very low and recording very little wear.

My detail is quite elaboarate.

Over the last four months I run the laptop plugged in most of the time so there is only a cycle when I discharge.

When I first found a way of monitoring the battery wear, after a couple of months I found a 7% battery wear. I thought I test as this seemed excesive

Although the battery may not have a memory in the sense of older batteries, they do have limits that can be stretched. It has been stated, somewhere, that it takes a few full charges to get the battery up to speed, so to say.

My tests of discharge and full charge each time has shown an improvement in the battery capacity which translates as less battery wear.

Only time will tell, but if the monitoring is wrong then there is just no point in having such data and that data will be ‘misused’ by the charging app to relay and make ‘decisions’ on the state of the battery.

Batteries don’t work well in the cold and slow charging is the way to go.
Heat is a destroyer of batteries and that happens with quick charging and mostly in the range of 0 to 90% . So limiting a charge between 20 and 80 will always get the battery to charge quickly and heat up, degrading it’s ‘life time’

Sadly all the above does not address the topic as to why the OPs battery doesn’t last long.

The recomendation to charge between 20 and 80 is just a pass-along statement. I have yet to see any data that would lead me to think it is a good idea, but equally not a bad idea.

Discharging from 0, 6, 10, 45 or 60% is going to charge the battery fast with a QC3 charger and warm it. The lower the start % the longer it will hea,t so yes charging at 60 to 70 will create less stress but I haven’t noticed the battery getting warm when charging quickly, but it does from some intense work load.

It does make sense to charge regularly but that does not mean discharging to zero and fully charging occasionally is going to be detrimental ~ it may well increase the capacity of the battery and provide a fuller range for the monitors to asses it’s wear.

To better see my experiment see the following topic. 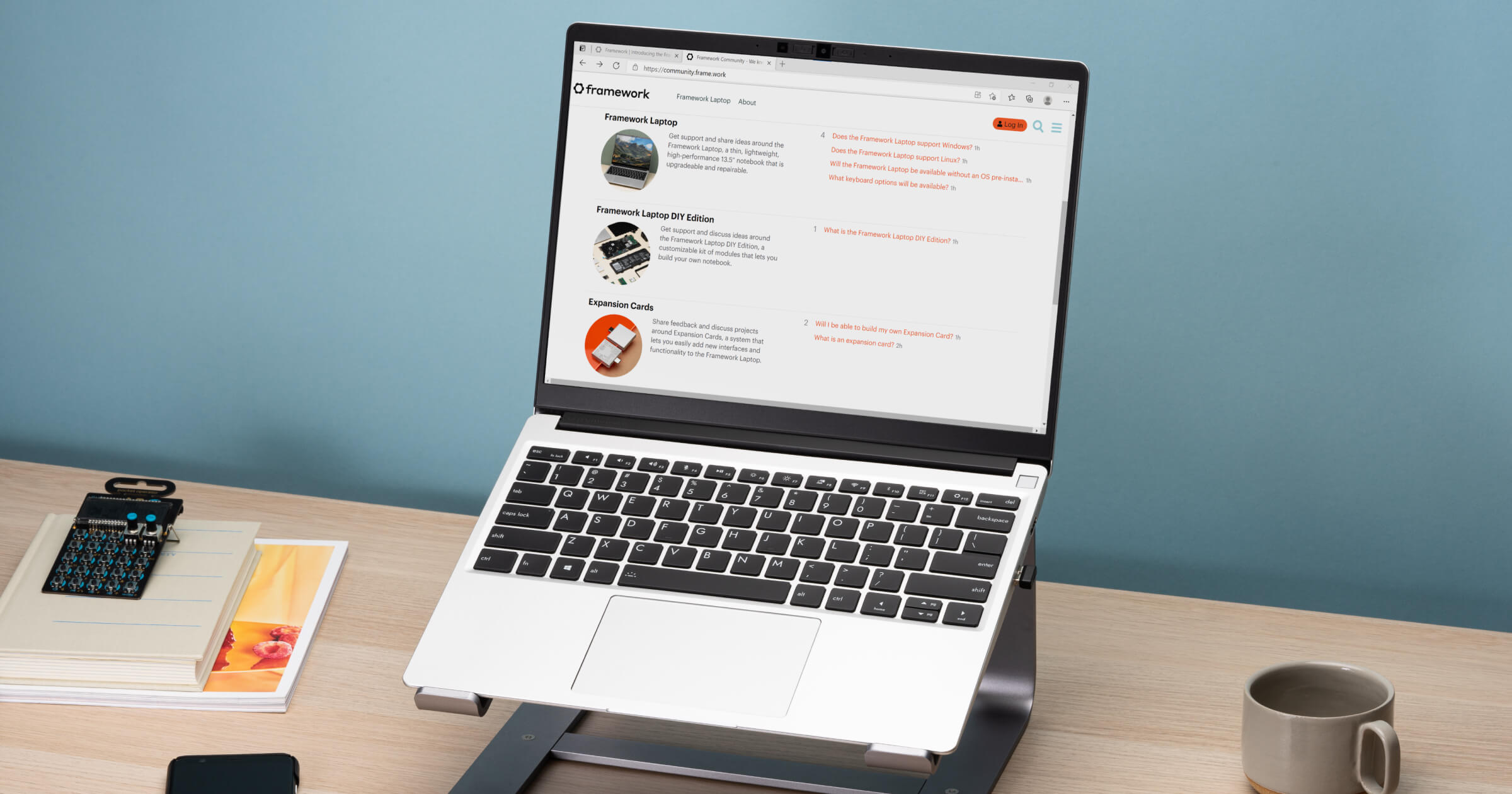 In win 11 using powercfg /batteryreport I can, by calculation, that the reported battery wear is 100 minus the reports Full Charge Capacity / Design Capacity, which align with those from HWiNFO64 Wear percentage 28th Feb At start this was 3.4% A... 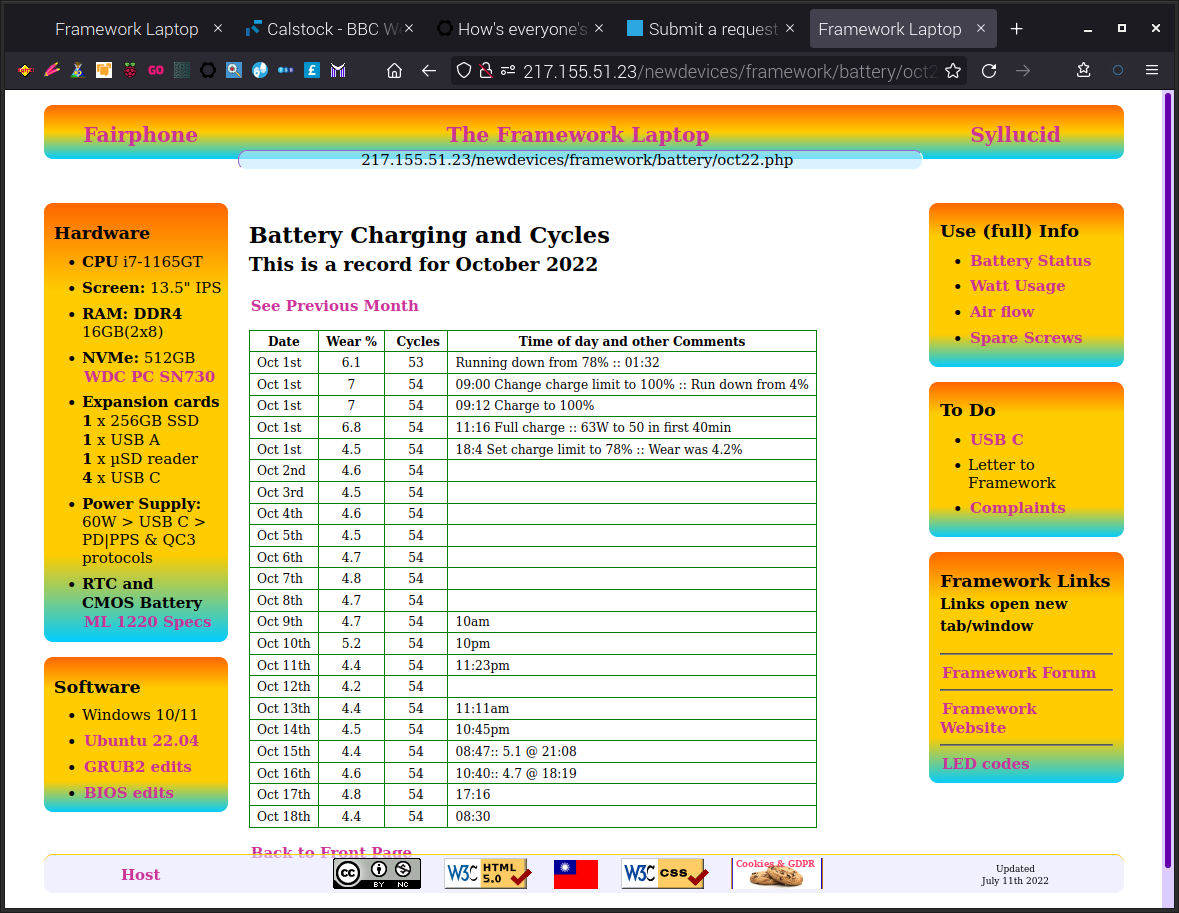 Given the inability to update posts more than a couple of weeks old here is the latest graph. It seems to have stabilised to around 4.5% Most often morning reading are lower, not always, the common factors are a) having rested overnight and b)...

I have exactly the same problem! I haven’t used my phone more than before but all of a sudden, since a couple of weeks ago, I don’t get to end of the day. I have the feeling this has to do with the last update, because the chnage has been very drastic

Thank you. I looked there. It says screen 91%. What should I do?

Use the three dots, top right, as detailed to see what is actually using the battery

Yes this is exactly what I did and, as I mention above, it tells me that the screen is using 91%. What should I do to reduce this?

Reduce the brightness and/or the screen on time.

I also have this problem. I assume it’s due to the fact that the battery of my FP3 has been in use for 3 years now.

I’d love to find out the actual capacity of my battery, but that doesn’t seem to be that easy. I came across a discussion on Reddit, but the advice there doesn’t work for me. I get the error message “Permission denied”. From what I understand it’s due to my bootloader not being unlocked. (While I’m tempted to just unlock it I won’t do that as I’m not 100% certain that it won’t affect my banking apps. Plus I don’t have a backup phone that can run these apps.)

Is there maybe another way to check the actual capacity of the battery? On my Thinkpad that’s super easy to check, too bad it seems to be more difficult with my FP3’s battery.

In the end I guess it’s simply time for a new battery though, if I want to make full use of my FP3.

You might try out the app AccuBattery.
After some time it will imho give you quite a good estimation.

Thank you for the suggestion!

It seems my battery has about 80% of its capacity left. Not too bad considering it’s over 3 years old and has been used constantly, I’d say.

Nevertheless I’m not quite happy with how long the battery lasts. I’ll check if I can tweak my phone somehow. If that doesn’t yield the desired result I’ll just put a new battery in my phone.

Have you tried to establish the capacity by running until it powers off and then recharging to full a couple of times.

After three years not only will the battery be a bit tired but you may have an increasing amount of apps running in the background constantly drawing power. You can check that by running in Safe Mode for a few days etc.