As far as I know, the Fairphone 2 didn’t support the aptX codec (even though the chipset could do it). I wonder if the Fairphone 3 does? Since it comes with Android 9, it should be easy to find out. Connect via Bluetooth to an aptX capable device, and check in bluetooth settings if the codec says aptX there, or if it falls back to the lowest common denominator SBC. Could somebody who already owns a Fairphone 3 check this? Or maybe even a Fairphone employee? Thanks, Roman

If the specs don’t mention it, it does not support it, because companies have to pay an extra licensing fee to have support for aptX. That is a fee each customer would’ve had to pay (one way or the other), while it is probably not many customers who would use the feature. So it makes sense that they did not enable it.

FWIW, AAC is “good enough” for me.

I think the check mentioned in the first post has been reported on in this topic (a couple of posts down):

My bluetooth headphones that support SBC, aptX, aac and LDAC bluetooth audio codecs, on the Fairphone 3 they are always using SBC. When I change it to another codec in the developer options it doesn’t have an effect and switches automatically back to SBC when I leave the settings. On other Android phones it usually works to change the codec.

Ok, thanks. Yeah I guess AAC is good enough too. Does that work well? I believe I had problems with that (chopped-up audio) with the FP2.

Thanks, yeah that means aptX is not supported. Too bad.

For me it works well (my wireless earplugs however, do not, but that has nothing to do with Fairphone as I have the issue with Mac as well). I do hear the difference with wired, but it is negligible.

I’m hoping to get the device rooted as fast as possible. AptX can be installed as a .zip or via a Xposed module.

HI there,
so actualy AAC works neither. Anything above SBC will reset to the default (SBC) on FP3.
Since it comes with a jack and also music on the phone is mostly compressed this is OK for most out there.
But since it runs on Qualcom Snapdragon – aptX should be able to work somehow, it is part of the processors features and payed with purchasing the phone anyhow.

No, it is not paid for with purchasing the phone. The OEM (handset manufacturer) has to decide wether to buy it and pay the extra licensing fee or not. Fairphone obviously went for the latter.

so Qualcom wants extra license for a feature they built in their chips … ok. SBC works fine since streaming Audio and most Audio on phones is compressed anyhow.

aptX is almost always better for devices that support it, even when the stream is compressed. First, SBC uses a relatively low bitrate (in the 160s iirc) which is meh. With aptX, the stream (compressed or not) can often be sent to the device as-is, without re-/down-/upsampling, which incurs another quality loss. It probably doesn’t matter for the average earbuds, or even to most people, but if you connect to quality headphones or even a hifi-receiver then it really does make a difference. I hope for FP3 to be possible to root and have other OS on it, so that aptX can be enabled via e.g. https://forum.xda-developers.com/apps/magisk/port-aptx-aptxhd-oreo-8-0-update-jan-t3731151

Are you sure AAC doesn’t work? Whilst changing in the developer setting often resets I believe I did get it to stay LDAC by toggling Bluetooth of and on whilst within dev settings, also AAC setting has a toggle within standard Bluetooth settings and does hold. I can’t tell a difference particularly there is a slight jump when toggling it indicating something changed 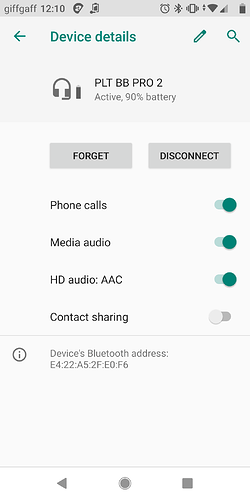 Oh, ok will have a look at the logs (when i find a minute …)
Tnx . I have never seen the Bluetooth options change something at all

I have the same combination WF-1000XM3 + FP3 and even with the option activated there is no AAC. But still SBC. Information from Sony App, developer options, and logs. How did you manager to get AAC?

Is the firmware is updated? I toggled it at very same settings as the screenshot above. What kind of settings do you use in the Headphones app? Do you use “Priority on Sound Quality” and “DSEE HX: Auto”? Perhaps it is using Bluetooth LE.

I tried your settings but nothing changes. Also the firmware is updated. The toggle in screenshot is also active but it still keeps SBC as codec

Are you on the latest firmware? Perhaps it is a setting in Developer Options. Do you have that enabled?

Both phone and headphones are on the latest firmware. If I set something in the developer options than the next time I connect the headphones the settings are back to SBC.

@jchmnsch maybe it has something to do with this?

In the developer settings I found this screen, does this mean that AptX is supported? I don’t have a bluetooth AptX device to test this at the moment.

Can anyone explicitly confirm or deny the fairphone 3 supporting AptX codecs (aside from saying something like “it isn’t in the specs on the website”)? 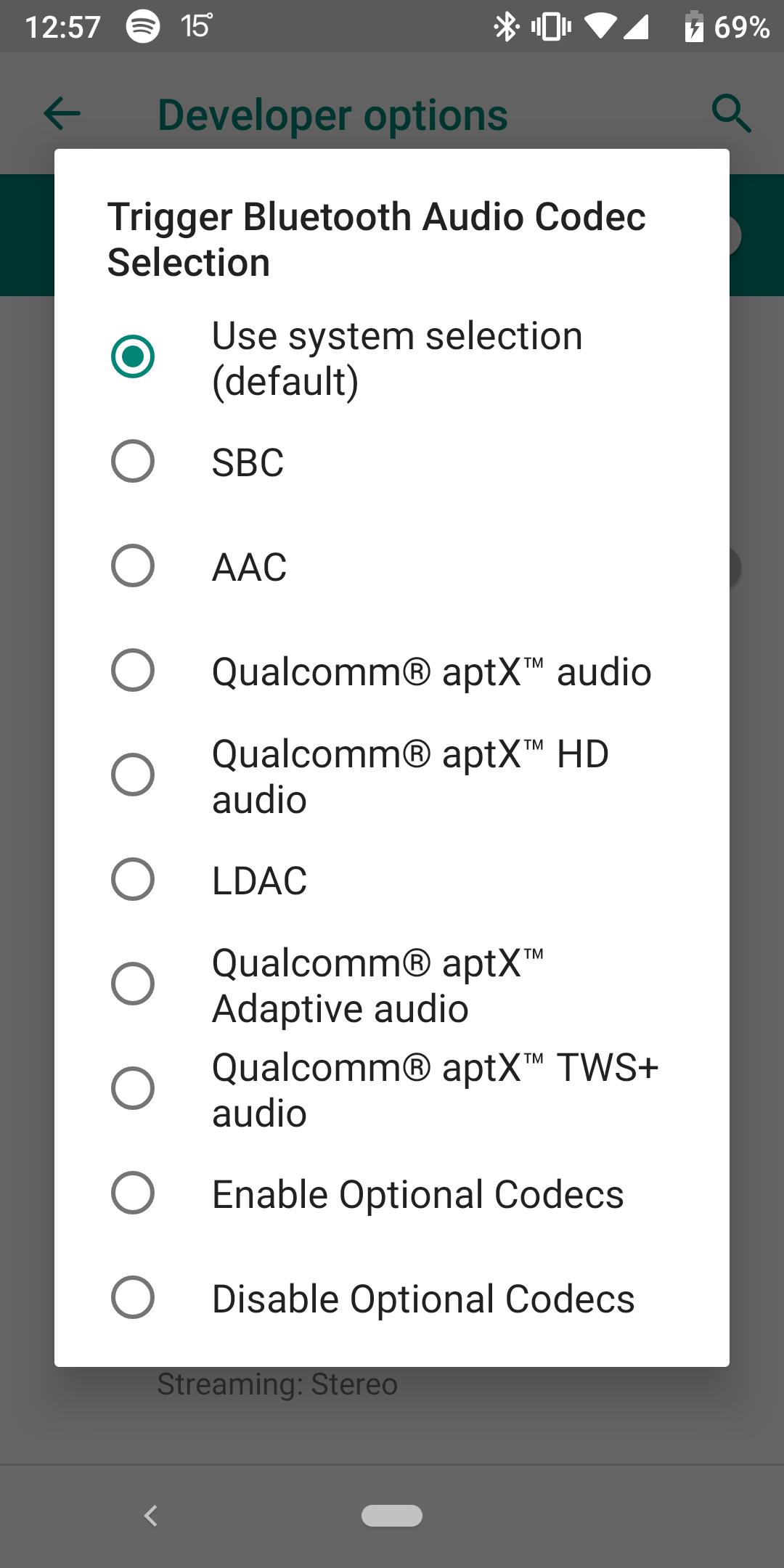