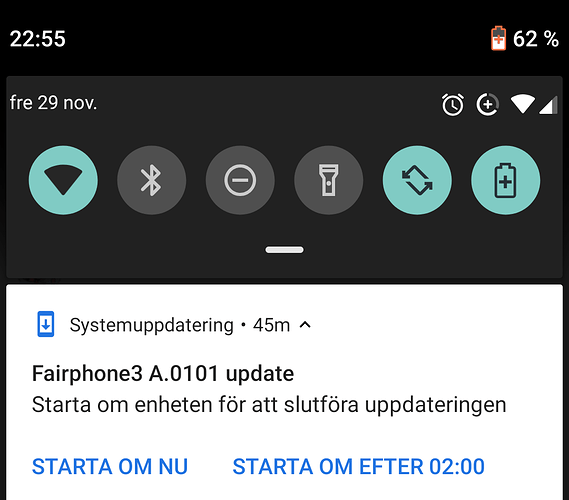 Has anybody received the October security update yet? Fairphone 3

Weird that there are no release notes.

This update has fixed a bug on camera app: when camera was used from lock screen (double press power button to open) and when picture was taken, user was able to access all photos on smartphone.

I have the same problem, i can’t use 4G or Wifi.

That’s not the same problem.

If those don’t work, it might be inconvenient, but by far not as serious as …

… which would mean you can’t use the 4G network at all and WiFi doesn’t work at all for you.

A new problem after the October Update: There are no current apps shown when pressing the app-button down on the right.
I’m running the FP3 with the evie launcher (which I find very good btw).
Any ideas?

Here we go (out of date) again.

All versions of Android affected - All top 500 most popular apps are at risk - Real-life malware is exploiting the vulnerability - 36 malicious apps identified.

which would mean you can’t use the 4G network at all and WiFi doesn’t work at all for you.

Everything work before the update, after the update i always had the 4G detect but it didn’t work and the smartphone didn’t want connect to a wifi (mine or wifi of university).
I reset the factory settings and now it works again…