If you’re done using Fairphone Open Source OS, you can always go back to Fairphone OS.

Method 1: Using Fairphone Updater
This is the easiest way to go back to Fairphone OS. Make sure you are connected to a Wi-Fi network before you start. 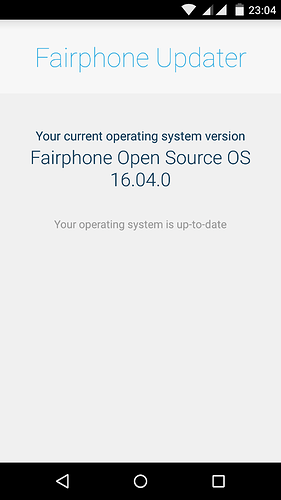 Hello everyone!
Just one question : is the GPS working in the os os?

is the GPS working in the os os?

GPS works fine for me. Usually I get a fix within seconds. Sometimes it takes a bit longer and sometimes SatStat says that I’m already connected to a few Satelites but I still don’t have a fix. All in all my worst TTFF (time to first fix) was about 1 minute.

Advanced mode is missing for me too, but I think it’s already like this since FP OS 1.2.8

@paulakreuzer How can i go back to Fairphone OS?

Either try Method 2 under Going Back using fastboot, or dowload FP2-gms43-1.2.8-ota-from-open.zip and open it with the updater.

The clock-widged has now a bigger margin.
Before update i could place 3 lines of icons underneath the clock. 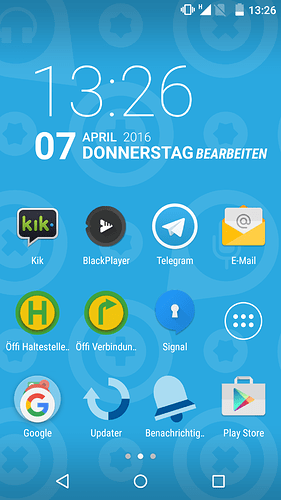 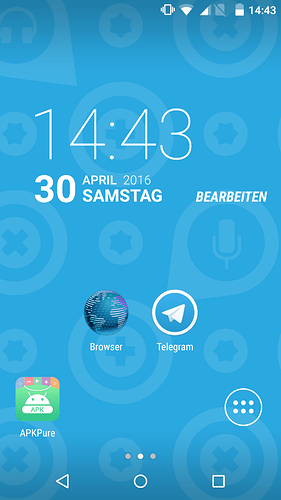 Can’t you make it smaller by long pressing on it?

If i press long on it, i can move it.
But its already on the top of the screen.

Now its on the center: 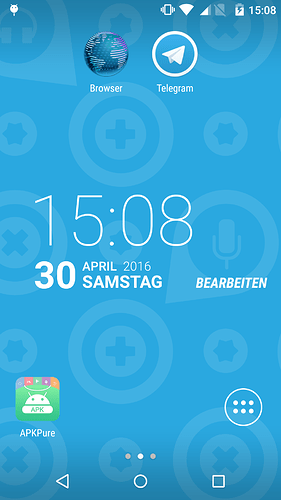 You can notice the margin on the top and bottom of the widged and i can’t place an icon on the “free” space.

Don’t you get these white points to change the size? 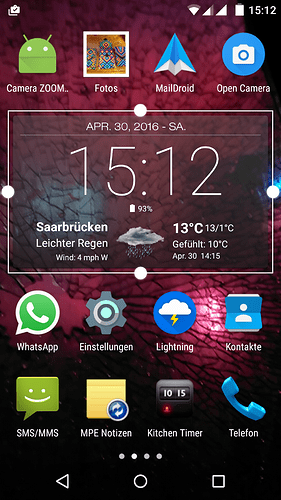 No, i don’t get this dot’s by long pressing on it.

I am using FPOSOS for about one week now (first beta now the officially released 16.04). I really love to be without google.

But never the less currently the limitiations should not be underestimated.

I think the development team should think about integrating µNLP or at least make it possible to use the non-patched µNLP.

In additon I am missing an alternative for fused. But that might be a task for microG developers.

Finally I would like to thank all Fairphone OS OS developers and all the great developers of microG, XPosed, … !

or more directly from here: http://dl-xda.xposed.info/framework/sdk22/arm/xposed-v83-sdk22-arm.zip

@freibadschwimmer Location schould be turned off all the time? If yes, is there any solution?

Not sure if there is a solution.

I hardly ever use location, and if, then only in situations where I need no play store (i.e. somewhere outdoors).
Though, whenever turning on GPS, play store crashes.

I don’t know if there’s a workaround or fix.

I moved this topic to the #software category because I think it fits here better and the other @moderators didn’t have any doubts about it.

i now would like to deinstall the open Gapps i have installed. how do i do this?

If you didn’t change the system in any other way (any other flashed ZIP, nor any root-requesting app changing things on /system) you can unzip the system image from the official ZIP and fastboot flash system system.img. This preserve your data because userdata is not touched at all.

If you did modify the system, then that wouldn’t be easy. Most Google Apps are invisible to the user, meaning they do not show on the launcher, and trying to manually find and remove them with some root-enabled app is quite arduous. I followed once this blogpost, but I think the package format in OpenGApps isn’t the same, so you have to engineer something. Try to search the Web for another method or re-flash system.img and apply your changes again if that’s possible.