Fair Mouses and other pets

Continuing the discussion from How about a FairPad?:

After buying the FP I also got the Fair Mouse from NagerIT, but in a lot of ways FP’s effort is way better. First they don’t have a community, and also the plastic keys broke very soon… Additionally (even if it is not that fair), in my opinion it would have been fairer for the Fair Mouse to use a wireless approach rather than the wire because I think this would extend its lifetime.

@Stefan: Unless you’re talking about the Sandberg approach I doubt that using batteries is fairer. (For nature. I’ve never lost a mouse because of the cable and you can also replace it.)

One would have to calculate that. The FP also uses a rechargeable battery. But probably it’s more efficient to not use Li-Ion batteries.

What about an induction approach? At least you move your mouse all the time, so it could generate energy through the movement.

Back to the topic: I just have a problem with the wire because it’s one part of a mouse which breaks easily.

Does someone else have experiences with the Fair Mouse from NagerIT?

Do you think it would be possible to build a mouse, which uses its movement to generate energy? (I don’t know a lot about electrical engineering, but there was this thing with a magnet moving in a coil, inducing electrical energy, wasn’t there?)

Do you think it would be possible to build a mouse, which uses its movement to generate energy? (I don’t know a lot about electrical engineering, but there was this thing with a magnet moving in a coil, inducing electrical energy, wasn’t there?)

An interesting thought. Some searching gives a few sources for power draw of mice of the modern optical USB variant - 0.5W / 500mW.

Piezoelectric energy harvesting / generation seems to be in the on the order of milliwatts - too small. But consider the humbler mechanical mouse:

(Logitech mouse picture, they are probably not Fair yet)

It may be possible to adapt the roller wheels to generate electricity (readers note: at this point we’ve firmly crossed into thought experiment territory). Human power is more than sufficient magnitude-wise (WP says manual labourer can sustain 75W over the course of a day); so it would be a case of figuring out how it would feel to use.

Fortunately, the internet provides! (If I’d searched for this off the bat I’d have been quicker…)

That’s what I meant with the “Sandberg approach”: 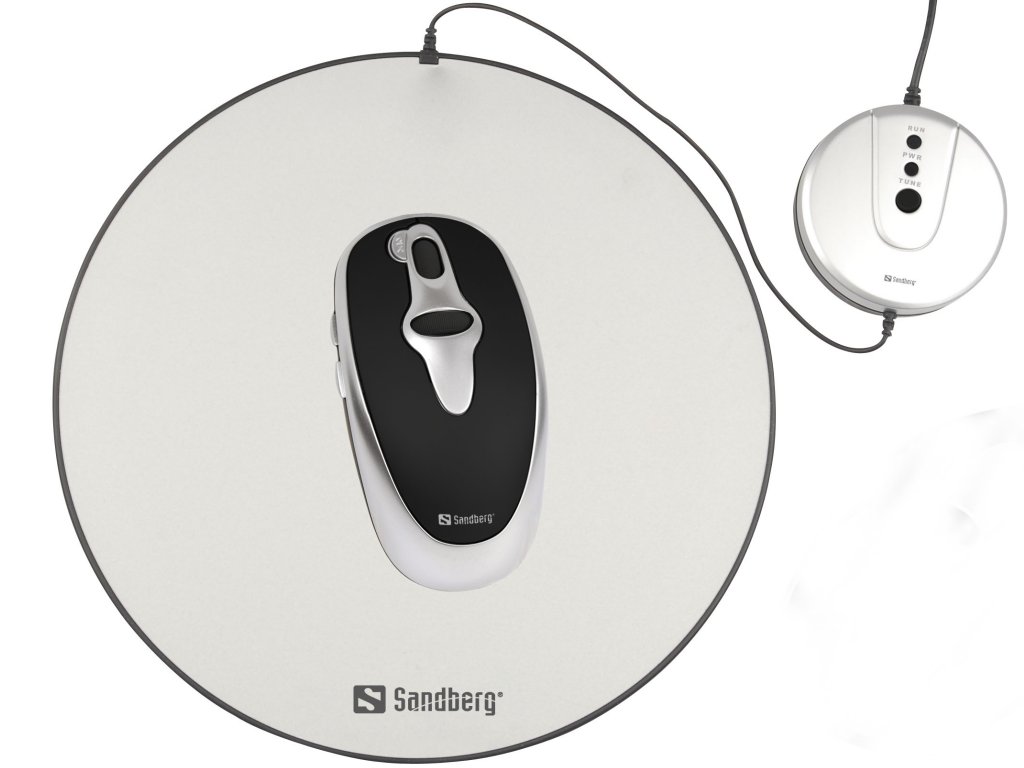 Just like any other wireless mouse, Sandberg Wireless Battery-Free Mouse pro gives you full freedom of movement without an annoying cable in the mouse. But this mouse is different from the rest. It runs without batteries! This means you...


The mouse is supplied with electricity by induction over the included mouse mat.
The product is discontinued. It’s less mobile and mobility is the main reason to have a wireless mouse.
I have no experience with wireless mice so I don’t know how often you’d need to change batteries/put it into docking station.
I think as long as energy is cheap things won’t change. (“As long as work is cheap things won’t change”?)
bertieb August 14, 2014, 8:25pm #4

I nearly went to mentioning inductive powering / charging via a special pad, good to know that someone actually did that! I don’t find changing the mouse batteries to be an inconvenience; certainly not something I do with regularity. On the other hand, Sod’s Law says that the batteries will run out at the least convenient time…

@bertieb Thank you for the interesting links and your research! I think I will waste some more thoughts on the various components. Im particularly interested in the approach of using the hand’s warmth in connection with a thermoelectrical component.

I have no experience with wireless mice so I don’t know how often you’d need to change batteries/put it into docking station.

AA batteries last at least 6 month, I don’t know about rechargeable ones though.

@both: I guess the aim should be to completely avoid batteries because of their environment hazards, and also to keep moving parts to a minimum because this also limits the lifetime of a product.

Im particularly interested in the approach of using the hand’s warmth in connection with a thermoelectrical component.

Off the top of my head, thermoelettric generation is even less feasible than piezoelectric (I think) due to inefficiencies and the relatively low temperature differences involved. A quick perusal of the ever-knowing Wikipedia seems to confirm this:

Miniature thermocouples have been developed that convert body heat into electricity and generate 40μW at 3V with a 5 degree temperature gradient, while on the other end of the scale, large thermocouples are used in nuclear RTG batteries.