Hi everyone, I am less active around here lately but I would like to finally join the EFCT this year

And I’d also like to join you in the dorm if you have not booked yet.

I really would like to take part in this event, even if i cannot stay for the whole week. I guess this won`t be a problem, especially if im gonna search for an accommodation on my own.

@spaniel This will be no problem at all!

I encourage you to also stay at Clink Hostel or nearby so that you can make the most of EFCT18.

Great! I added the spare bed to the list above. 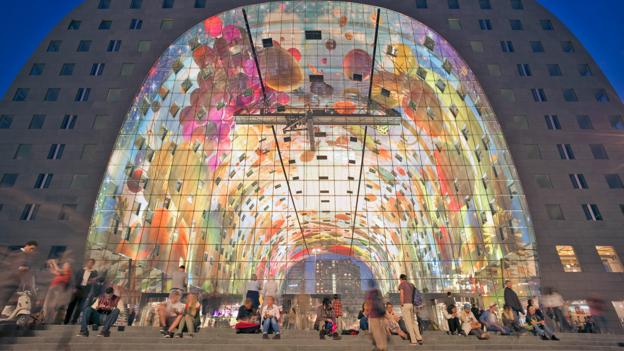 Yes there are loads of Caribbean restaurants in Amsterdam (or any restaurant for that matter) the question is rather which one’s a good fit for you as individual and/or group.

Yes Rotterdam has its + and - and is easily reachable via public transport. Look into it beforehand to get some idea what you wanna do.

Wadden Sea island is a long trip from Amsterdam. If you take train to Den Helder and then the boat to Texel total travel time is between like 2,5 and 4 hrs, and you probly wanna rent transport on there if you wanna go anywhere. You gotta plan that, and it’ll fill your whole day for sure.

Our plan is your point.

The plan is to get the planning started now. We have 2 months until #efct18.

Are there any museums relating to the subject of land reclamation i.e. how the polders were created?

Probably yes, at least you have windmills and they are still useful (news article of today, use your favourite online translator to translate it as I don’t have time to write a TLDR right now)

There are various (local) museums that touch on this, yes. One example is the Cruquius pumping station (where they also have some exhibits about the history of various techniques of water management).
The more major tourism draw related to water management (not land reclamation per sé) is probably the delta works (with a visitor attraction at Neeltje Jans), but these are a bit tricky to get to (3+ hrs single trip on public transport from Amsterdam).

You can now hit “Going” above to show that you’ll be attending #efct18. Let’s have the counter go up!

There is still one bed free there, and another one in a twin room.

You need to fix the description, there is no bed free in the dorm anymore!

I’m roaming around the Netherlands during the EFCT18. I’m aiming to drop by for part of it, but don’t know yet when exactly. (I won’t need accommodation)