Does anyone know what this part is? (part of the antenna)

My microphone hasn’t been working so, after reading about it on the forum, I decided to check he module wasn’t lose but when I took the display off this part fell out… can anyone help? 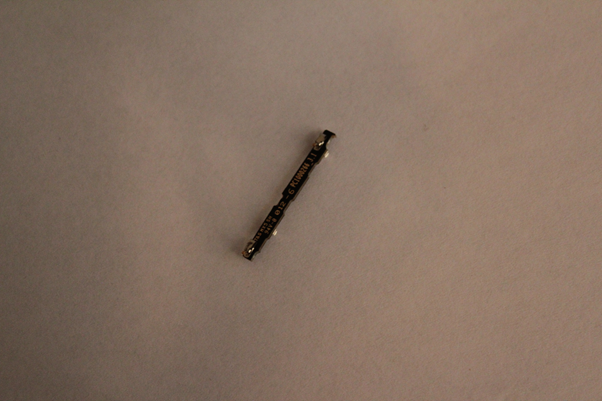 I think it’s from the main antenna: 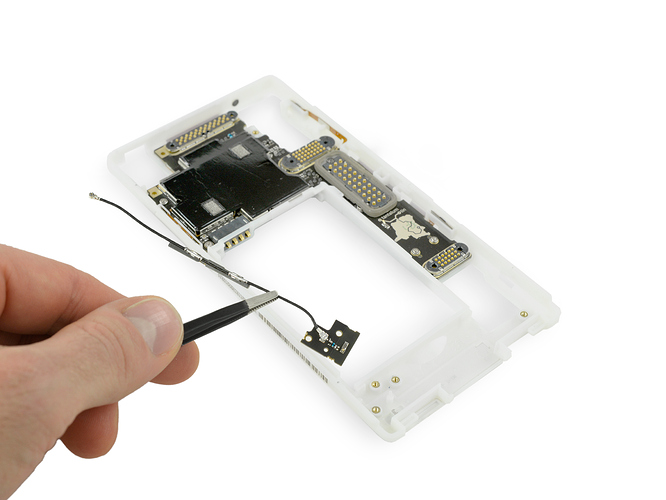 You can probably locate the part in these photos:

All photos are from iFixit’s Fairphone 2 teardown.

Yes, it is. On the white side there are 2 x 2 ‘holes’. On my phone it also can loose. You can carefully place it back.
As you can see on the second photo. Just beside the right side of the battery.

I just realized I have the Community Fairphone 2 at home right now, so I quickly made a close-up of the part in the CFP2: 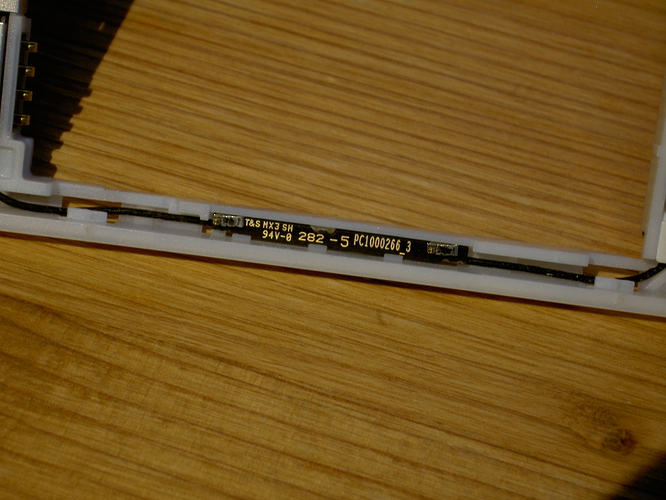 I am afraid it will need soldering…

I didn’t, just put it back. And I have no problem with my phone.

I don’t think so. There are many antenna designs which needs conducting parts which are isolated from the “main antenna”. I do not know what that part is cood for, but I am sure there is some reason for it and if it only is to hold the antenna in place.

As an example for such an antenna whith isolatet parts A Yagi–Uda antenna, commonly known as a Yagi antenna, is a directional antenna consisting of multiple parallel elements in a line, usually half-wave dipoles made of metal rods. Yagi–Uda antennas consist of a single driven element connected to the transmitter or receiver with a transmission line, and additional "parasitic elements" which are not connected to the transmitter or receiver: a so-called reflector and one or more directors. It was invented in 1926 by Shintaro Uda of Tohok The reflector ...

Thanks for your clarification.

Hence to this my

As I can clearly see solder points of course it will need proper soldering to the missing wires as I did find similar parts in other radio operative devices.
Simply placing it back where it was found in the phone won´t put it into the state it was originally designed.

Sooner or later some misbehaving should appear otherwise.