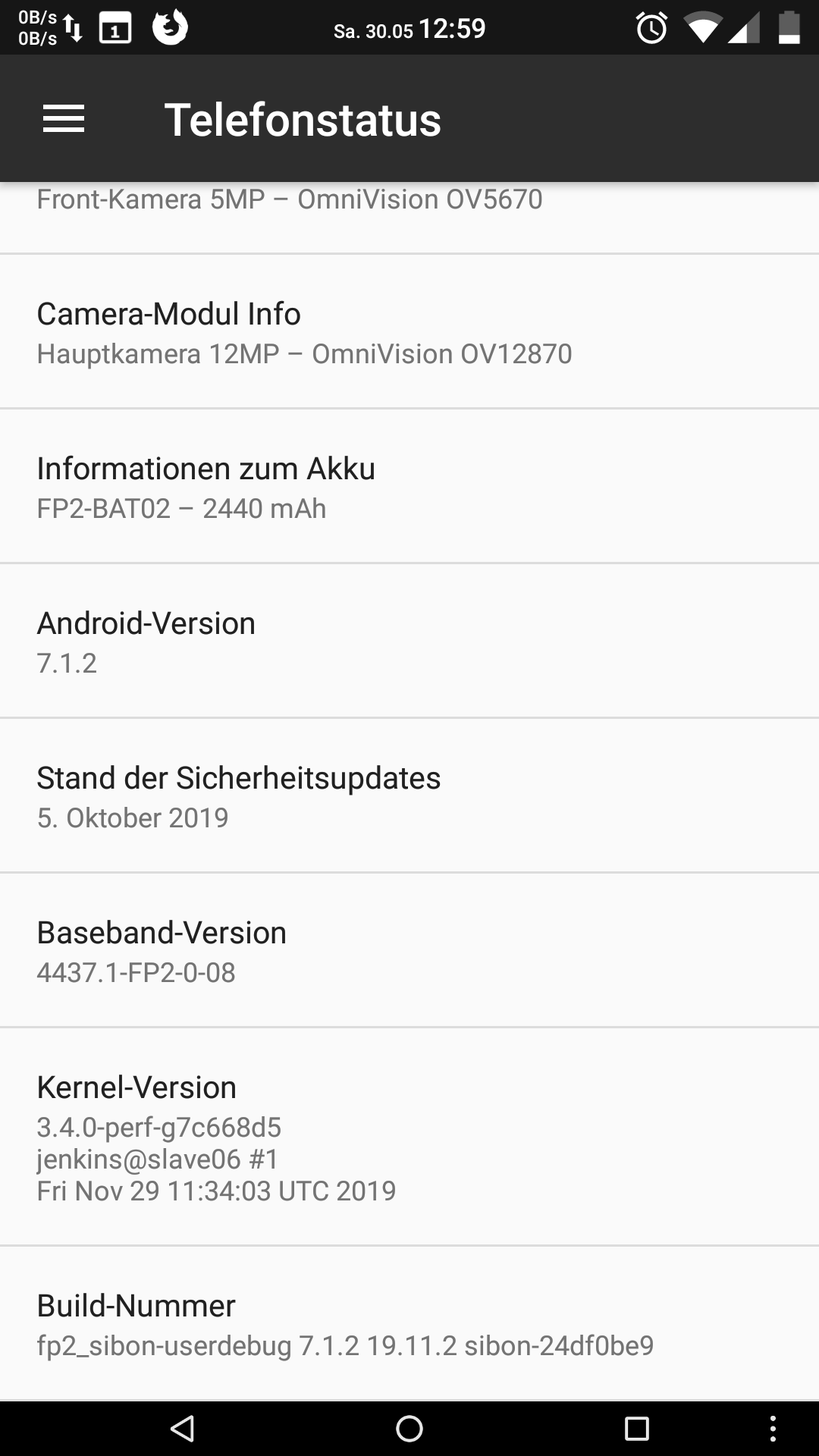 Firefox updater reminds me of an update for Firefox klar. 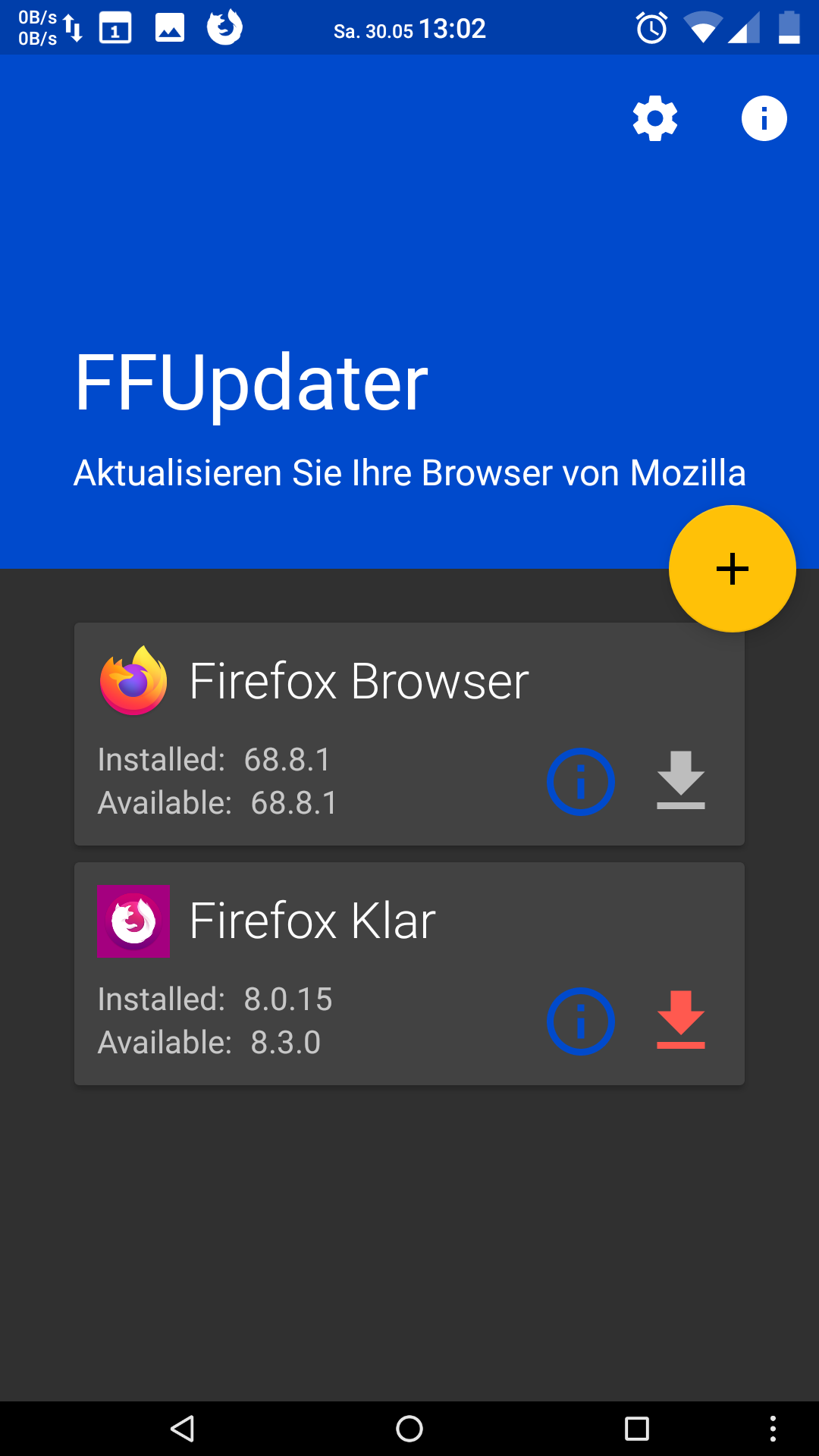 I initiate the update. It gets downloaded. During installation I get this message: 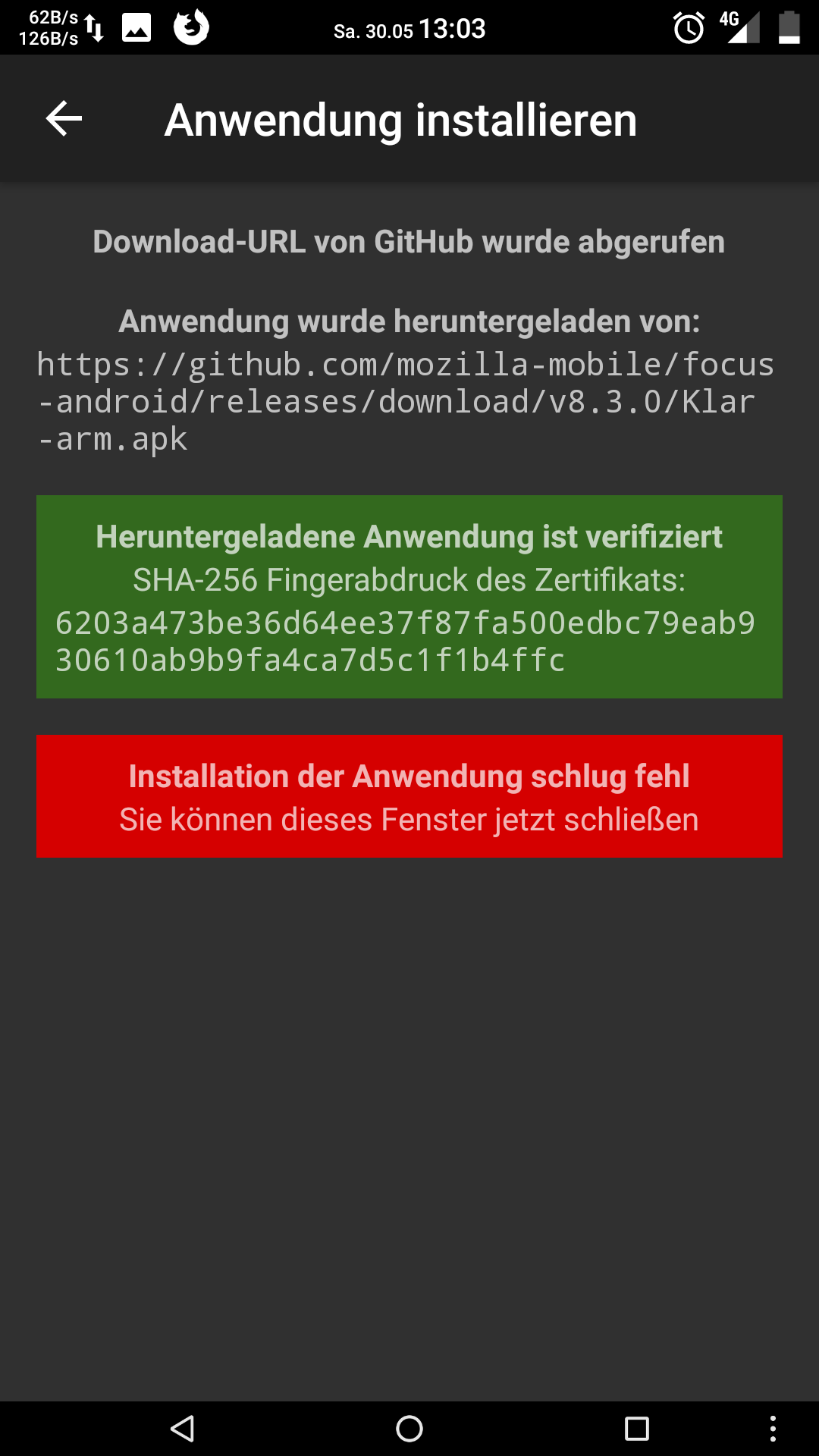 Google Playstore downloads it and then i get a highly helpful error message: 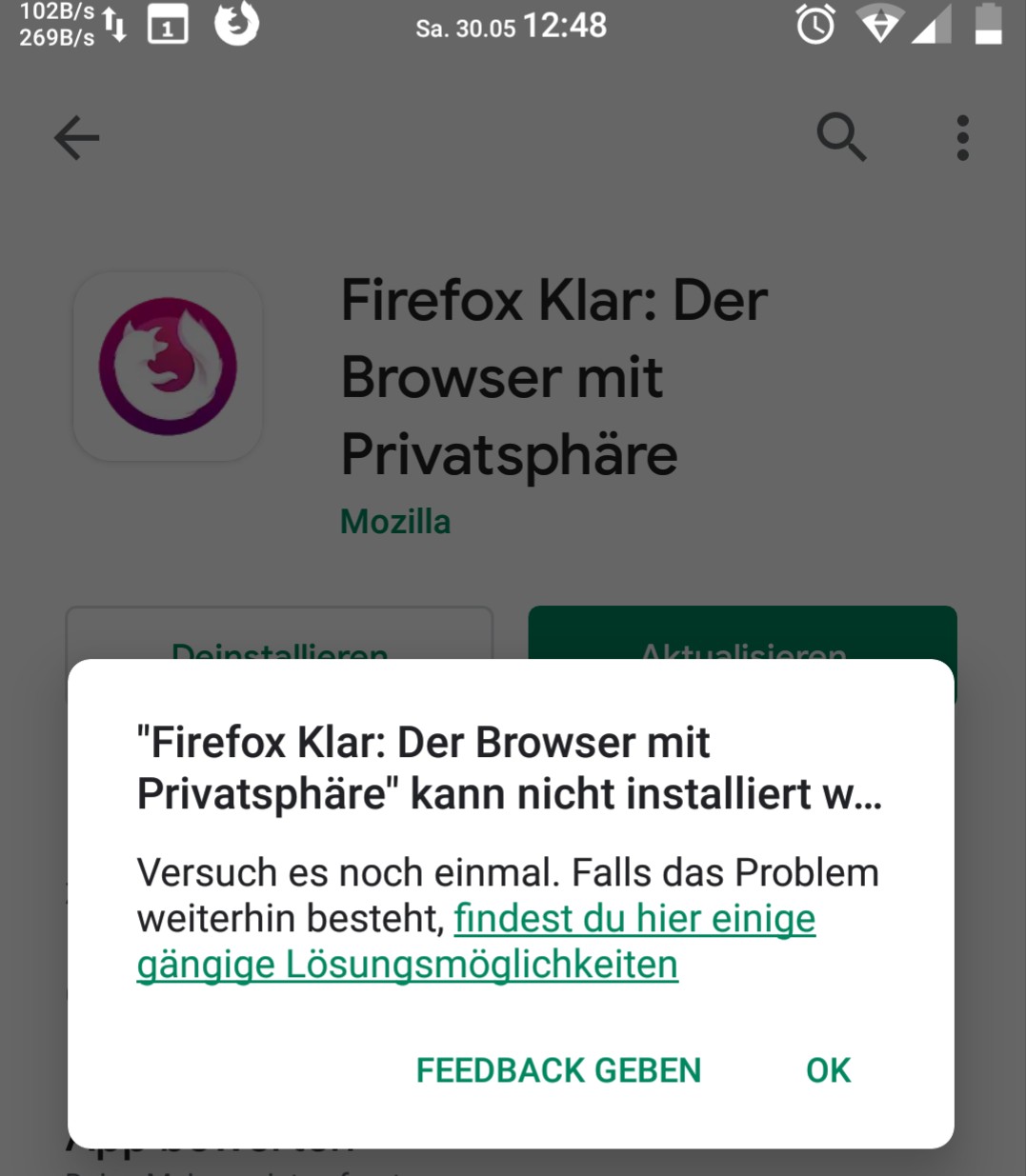 Is this because Klar came with the OS?
How can I update the app or get rid of it? 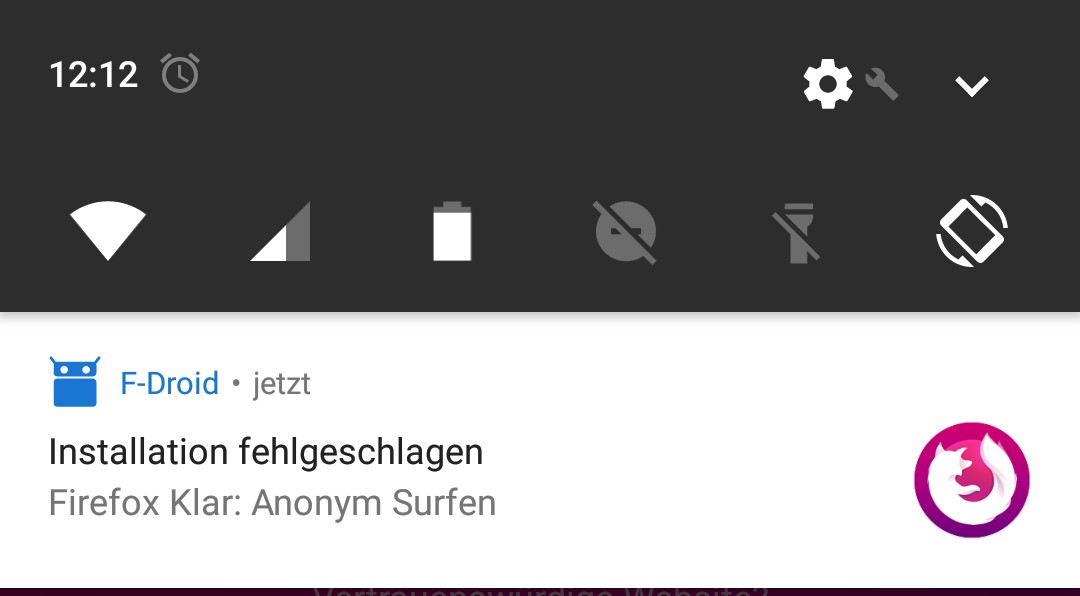 Another update, this time F-Droid tried it. Failed again, no further information is provided.

Anyone have this issue?

I remember I had a few issues with Firefox Klar when I was on FPOOS, sort of the same as you, so I had stopped using it. Sorry if I can’t help you

Logcat below, apparently an issue with native libraries:

I have the same issue on most up-to-date Fairphone Open OS and F-Droid. Firefox Klar update fails. If I disable it as it is part of the original image, the update still fails. I couldn’t find a way to circumvent this. I believe that adding FKlar as a factory app was a nice step for making the choice of a safe browser easier for users, but it seems it backfired.

I don’t think the issue is related to the app being system-app. Indeed, in my case I have LineageOS 17.1 and FFKlar as a regular app, and I cannot update it either.

Have you tried to update via the same channel you initially downloaded the app? You can’t cross-update an app between F-Droid and the Play Store, since they sign applications with different keys (I don’t know what exactly that means apart from making updates not work either)

I installed via F-Droid, and I try to update from F-Droid.
F-Droid is warning me that the app is incompatible with my device…

Same is here. The text says, incompatible, however, it is brought up as a possible update. When I make it start, it fails. F_Droid requirements show Android 5, so I do not understand what can go wrong. Can it be an F-Droid package issue?

I installed via F-Droid, and I try to update from F-Droid.

Wouldn’t Fennec F-Droid then be a natural alternative?
I’m using that for a long time now.

Looking on google at the error message "NativeHelper: Failure copying native libraries [errorCode=-113] ", I found some hints that the error could come from the building process, like a wrong targetSDKVersion, a wrong building platform or erroneous renderscriptTargetApi.

Yes, the F-Droid build is so far only for arm64 and not for armv7. If some of the extra information is enabled in the F-Droid settings one can see that there is only one 8.4.0 version with “Requires: arm64-v8a”.

Some discussion about failing builds is here in the merge request which contains only arm64 in the changes:

* [x] The app complies with the [inclusion criteria](https://f-droid.org/docs/Inclusion_Policy) * [x] All related [fdroiddata](https://gitlab.com/fdroid/fdroiddata/issues) have been referenced in this merge request * [ ] The upstream app source code...


A few days later there is a x86 merge which hasn’t appeared yet in the repo:

But I haven’t found any armv7 merge request.

Yep, I did like you when Firefox Klar stopped wanting to update.

Yes, the F-Droid build is so far only for arm64 and not for armv7

So that would mean (sorry I’m not very very techie) that it fails for all FP2s, no matter the OS?

So that would mean (sorry I’m not very very techie) that it fails for all FP2s, no matter the OS?

Correct, this should happen for all OS versions and even most phones from around 2015 and older. For example some old Moto G 2014 which I have here running with LineageOS 16.

armv7 is a 32bit CPU instruction set and the successor is armv8 (also called aarch64, armv8-64 or arm64) which is based on 64bit wide registers. Qualcomm Snapdragon switched to armv8 starting from 2014, but many phones use slightly older chipsets.
armv8 can run armv7 instructions but not the other way around.